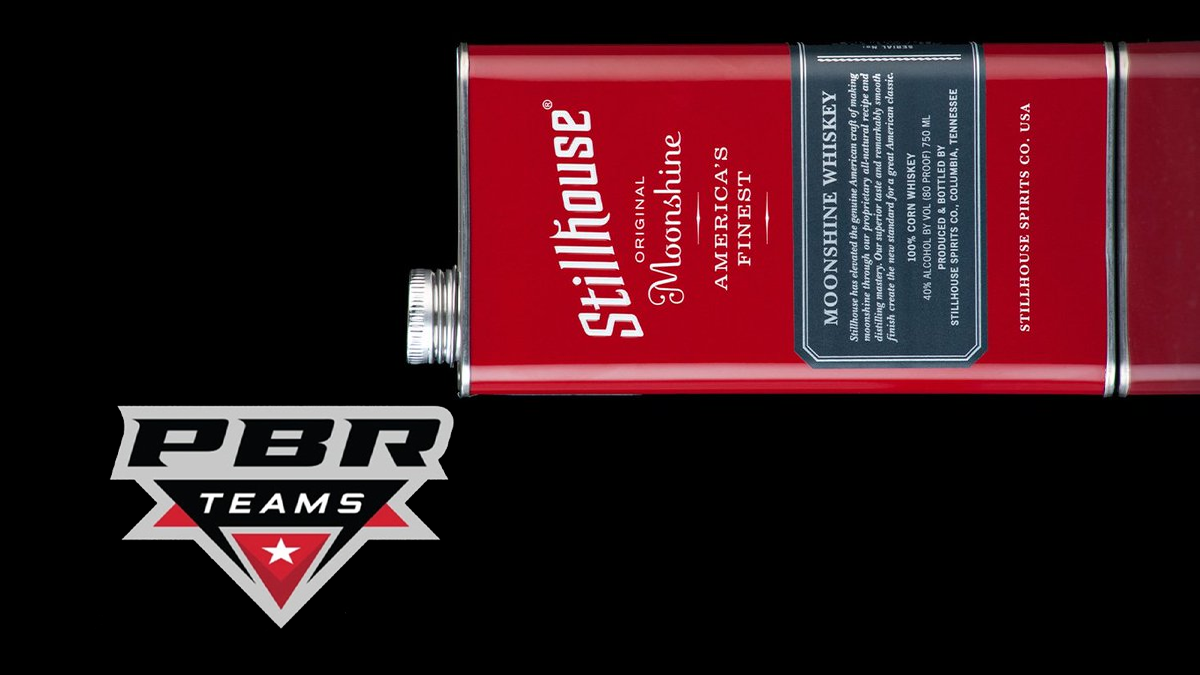 The multi-faceted partnership includes media and prominent in-arena LED signage; commercial inventory on CBS and Pluto TV which will carry every game in the new series; and the position of Official Vodka of PBR’s annual Cowboys for a Cause charitable bull riding event. Financial terms of the 3-year agreement were not disclosed.

“We are thrilled to align with such a well-known, established organization in the PBR Team Series,” said Ludlow Dawes, Senior Brand Manager, Stillhouse. “The passionate fanbase and talented teams are not only adventure seekers, but outdoor enthusiasts. With our unique packaging, Stillhouse is meant to go with you wherever, whenever, and we are looking forward to inviting fans into the unbreakable nation this season.”

“Across our portfolio of PBR partners, we align with brands that resonate with our fans, partner base and organization,” said Josh Baker, Chief Revenue Officer, PBR. “Stillhouse shares values that fit within that realm. The PBR Team Series brings new excitement to an already thrilling sport, and we welcome Stillhouse as an anchor partner in the new league.”

Stillhouse’s Classic Vodka is all-natural, gluten-free and distilled from 100% estate grown corn with limestone water. Filtered through sugar maple charcoal, this vodka pairs well with just about anything.

The PBR Team Series revolutionizes the sport of bull riding, transforming an individual sport into one in which riders join teams to compete in five-on-five bull riding games for a national championship. In the inaugural 2022 season, eight founding teams will compete: the Arizona Ridge Riders, Austin Gamblers, Carolina Cowboys, Kansas City Outlaws, Missouri Thunder, Nashville Stampede, Oklahoma Freedom, and Texas Rattlers.  Each team will compete in 28 head-to-head, five-on-five bull riding games¸ held across 10 regular season events. The team with the highest aggregate score will be the game winner, and ties will be allowed.

Each team will host a three-day homestand, welcoming the seven other teams, while also competing in two neutral site events, beginning with the season-launch event on July 25-26 in Cheyenne, Wyoming. The season will conclude at T-Mobile Arena in Las Vegas Nov. 4-6 when the teams will go head-to-head in the PBR Team Series Championship, vying to be crowned the Team Series Champions.

All 112 regular season games in the 2022 Teams season as well as the 3-day playoff and championship event will be carried by CBS, CBS Sports Network and Pluto TV,

Stillhouse is an award-winning American-made spirits portfolio encased in one-of-a-kind, unbreakable 100% stainless steel cans that go where glass can’t. Forging a path that goes against the grain, Stillhouse Spirits Co. was founded in 2016. From its inception, Stillhouse has created a unique and differentiated platform in the spirits industry – from liquid to package – by defying industry norms, breaking through the monotony and all in a metal can that stands for the unbreakable spirit of America’s finest. Stillhouse Whiskey is distilled in traditional copper stills then charcoal filtered for superior quality and taste, allowing the natural sweetness of the corn to shine throughout the mellow flavor and smooth finish that make this a truly versatile spirit. Stillhouse whiskey is also available in Apple Crisp, Peach Tea and Spiced Cherry. All flavors are natural and gluten free. In 2018, Stillhouse introduced Stillhouse Black Bourbon and in 2019, the brand took the biggest spirits category head on with the debut of Stillhouse Classic Vodka. Stillhouse’s award-winning spirits are available nationwide at America’s Finest retailers, establishments, and select Duty Free Americas and United States Marine Corps retail stores. For a location near you and to join the Unbreakable Nation, visit www.stillhouse.com.

The Stillhouse brand is part of the portfolio of Bacardi Limited, headquartered in Hamilton, Bermuda. Bacardi Limited refers to the Bacardi group of companies, including Bacardi International Limited.

PBR is the world’s premier bull riding organization. More than 500 bull riders compete in more than 200 events annually across the televised PBR Unleash The Beast tour (UTB), which features the top 35 bull riders in the world; the PBR Pendleton Whisky Velocity Tour (PWVT); the PBR Touring Pro Division (TPD); and the PBR’s international circuits in Australia, Brazil, Canada and Mexico. In 2022, PBR is launching the PBR Team Series—eight teams of the world’s best bull riders competing for a new championship—as well as the PBR Challenger Series with more than 60 annual events nationwide. The organization’s digital assets include PBR RidePass on Pluto TV, which is home to Western sports. PBR is a subsidiary of IMG, a global leader in sports, fashion, events and media. For more information, visit PBR.com, or follow on Facebook at Facebook.com/PBR, Twitter at Twitter.com/PBR, and YouTube at YouTube.com/PBR.