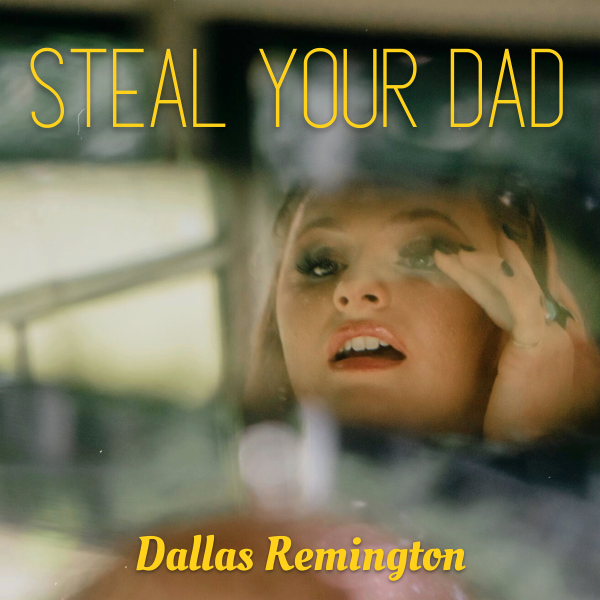 “Steal Your Dad,” sure to become a new party favorite with its fun, catchy lyrics, is available for download and streaming on all digital music platforms, including Spotify, Apple Music, Amazon Music, Pandora, YouTube Music and more at https://orcd.co/dy81me5.

Payback? Humor? Dads? Well, that’s all included in Dallas Remington’s new quirky, country (remember that emphasis on country, y’all) single, “Steal Your Dad.” What started out as a midnight therapy song Dallas was writing alone after some guy ghosted her, became an amazing collaboration with two of Dallas’ favorite songwriters, Nancy Deckant and Cyndi Limbaugh Torres. “Steal Your Dad” tells the story of “some heifer,” as Dallas would say, stealing her man and her plan to get even. Y’all get ready to laugh hysterically, plan some payback and see why this song has been blowing up on social media!

“‘Steal Your Dad’ is one of those midnight, ‘let it all out’ songs that I started by myself,” explained Dallas Remington. “Normally those songs don’t go anywhere, but I thought I was onto something.” She went on, “The next day, I took it to two of my favorite co-writers, Nancy Deckant and Cyndi Limbaugh Torres, and the rest is history. The love and reaction this song is already receiving has been blowing my mind and I can’t wait to see where this little ditty goes! Let’s go steal some dads y’all!”

“Dallas came into the writing session with something she had been working on. When I heard the line, ‘you stole my man, so I’m-a steal your dad” I was hooked,” shared Cyndi Limbaugh Torres. “It’s unique and funny and I was so excited to be invited to write it with her. Dallas, Nancy and I have been writing together for years. We love hanging out and we always get around to songwriting. Over the years we have laughed together, cried together, eaten together and sometimes we get to write magic together. This was one of those times.”

“Where can you go when you’ve been dumped? You can go to the bar, drink too much and end up crying late at night all by yourself, or you can come to the co-writing room to have some fun with it!” expressed Nancy Deckant. “Country music has a long history of not taking itself too seriously and I’m so glad Dallas is willing to go there. When Dallas walked into the room and started singing, right away I knew she was onto something. ‘Steal Your Dad’ is one of the best ‘get even’ songs ever!”

About Dallas Remington:
Dallas Remington has sass and class. A country recording artist and songwriter who knows who she is and what she wants. The Kentucky-born, fifth-generation farming family member took the plunge and moved to Nashville at the age of 15 to pursue her dreams of a country music career. In 2020, amidst the Covid-19 pandemic, Dallas released a song dedicated to her father and all essential employees – “Uncommon Man”. It has since crossed 600k organic streams on Spotify and charted #43 on the Billboard Country  Indicator Chart as well as #24 on the MusicRow Country Breakout and #4 on the CDX True Indie Chart! A Dallas Remington performance includes a variety of songs, from her originals like “Uncommon Man”, “Found Her Freedom” (MusicRow Breakout Chart Top 60), “Never Turned Around”(#37 MusicRow Breakout Chart), “Boy In A Band” (#41 MusicRow Breakout Chart), and “Huntin’ Season” (#32 MusicRow Breakout Chart & #9 CDX True Indie.)  Pre-pandemic, Dallas played an average of 100+ shows and events a year, including solo and full band sets. Dallas and her band actually closed out the 2020 Houston Livestock Show & Rodeo just a few days before the Covid shutdown. 2021 Dallas released her first Billboard Indicator charting song, “Princess” landing at #40 and it also landed in the top 40 on the MusicRow Country Breakout Chart. In addition to her radio airplay she enjoyed the success of over a million views of the supporting video. Dallas also released “American Soil,” “Wild In The Woods” and her countrified cover of the Metallica signature song, “Enter Sandman,” for streaming and download in 2021. In 2022, Dallas released singles “Dirty Roses,” a cover of the Morgan Wallen song “The Way I Talk” and dropped her single, “MULLET” May 27, 2022. Her new single “WHITE TRASH HEART” releases July 22, 2022. Watch for Dallas on the road in 2022 with more new music planned for release.