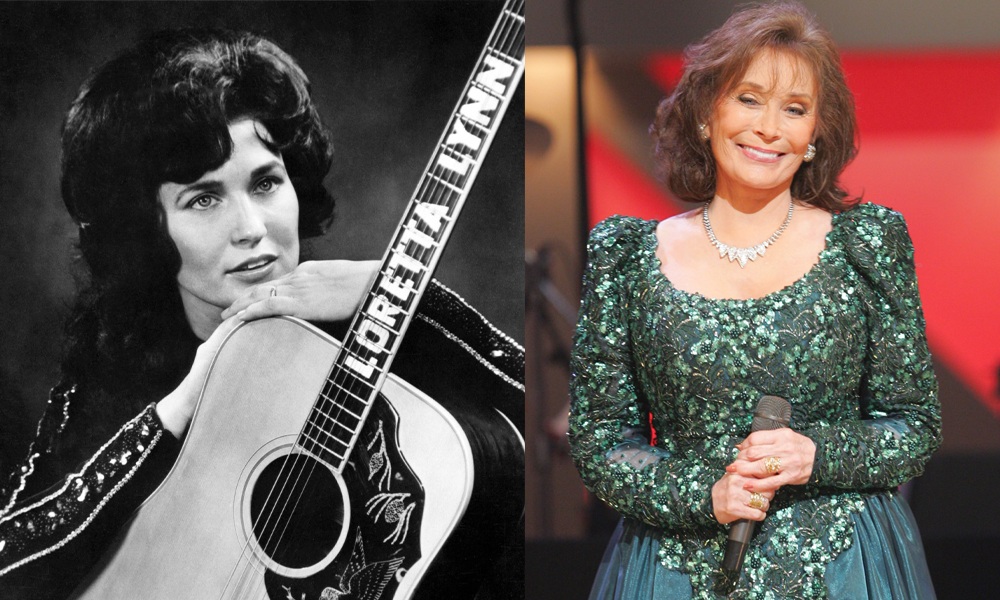 NASHVILLE, Tenn. – (October 4, 2022) – The Grand Ole Opry will honor one of its most beloved and iconic Opry members, Loretta Lynn, this week as a tribute to her life and her contributions to the Opry and country music. All Opry shows planned during this 97th Birthday week will pay tribute to Lynn. Saturday’s live show, radio broadcast, livestream and Circle Network broadcast will be officially dedicated to the 60-year Opry member. WSM’s “Coffee, Country, and Cody” will celebrate Lynn’s life with show visits from Opry members and other Lynn friends.

During tonight’s Tuesday Night Opry, several Opry members paid homage to Lynn with their performances including Jeannie Seely on  “You Ain’t Woman Enough”, Chris Young sang a portion of “After The Fire Is Gone” and Carly Pearce performed a song she wrote,  “Dear Miss Loretta”.

“There is no monument, award, or musical performance that can ever begin to recognize the incredible woman Loretta Lynn was or the contributions she made,”

“There is no monument, award, or musical performance that can ever begin to recognize the incredible woman Loretta Lynn was or the contributions she made,” said Dan Rogers, Opry vice president and executive producer. “There was absolutely nothing like the moment when Loretta was introduced to an Opry audience that would spring to its feet before she had even taken the stage. We are thankful for her life and career and humbled to honor her this week. Loretta and the Opry are forever connected, and as long as there is an Opry, Loretta’s treasured music will live on.”

Lynn’s last performance on the Opry took place on January 21, 2017 when she inducted her sister Crystal Gayle as a new member of the Grand Ole Opry. That evening Lynn performed “Fist City,” “You’re Lookin’ at Country,” “You Ain’t Woman Enough” and “Coal Miner’s Daughter.”

Earlier this year the Opry recognized Lynn’s 90th birthday featuring performances by Gayle, The Gatlin Brothers, Maggie Rose and the Opry debut of duo Twitty and Lynn, the grandchildren of Lynn and her frequent duo partner Conway Twitty. The legend marked 60 years of Opry membership on September 25.

Lynn, born on April 14, 1932 in Butcher Holler, KY, made her Opry debut on October 15, 1960 and was officially inducted as a member on September 25, 1962. She went on to become one of the Opry’s most celebrated legends. Her countless accolades include three Grammy Awards and eight Country Music Association Awards. In 1972, she became the first female artist to win the Country Music Association’s coveted Entertainer of the Year award. Now a member of the Country Music and Songwriters Halls of Fame, she received the Grammy Lifetime Achievement Award in 2010.

Over the course of her 60-year career, the famous native of Butcher Hollow, Ky. amassed a staggering 51 Top 10 hits, garnered every accolade available in music from GRAMMY awards to induction into the Country Music Hall of Fame, and broke down barriers for women everywhere with songs like “Don’t Come Home a Drinkin’ (With Lovin’ on Your Mind),” “Fist City” and “Coal Miner’s Daughter.”

Thanks to the Oscar-winning 1980 film Coal Miner’s Daughter starring Sissy Spacek, Lynn’s story and songs were brought to an even wider audience, amplifying her impact on several generations of songwriters and artists in various genres including Jack White, with whom Lynn made the GRAMMY-winning 2004 album Van Lear Rose.

Throughout her 80s, Loretta continued to write new songs and, in 2016, returned to the charts with the GRAMMY-nominated Full Circle, the first in a series of critically acclaimed albums produced by her daughter, Patsy Lynn Russell, and John Carter Cash at Cash Cabin Studio in Hendersonville, Tenn. She followed up with the seasonal classic White Christmas Blue (2016) and 2018’s GRAMMY-nominated Wouldn’t It Be Great, a combination of newly written songs and fresh interpretations of her catalog. In 2021, the American music icon released Still Woman Enough, a celebration of women in country music; her 50th studio album (not including her ten studio duet collaborations with Conway Twitty), Still Woman Enough featured a title track co-written with Patsy Lynn Russell and a deeply emotional “Coal Miner’s Daughter Recitation,” commemorating the 50th anniversary of the release of Lynn’s signature song (October 5, 1970) and album (January 4, 1971).

Lynn’s music and achievements were repeatedly recognized by all of the major awards bodies. She joined the Grand Ole Opry in 1962, won four GRAMMY awards, seven American Music Awards and eight Country Music Association awards. She was the first woman to win the Country Music Association and Academy of Country Music awards for Entertainer of the Year. She was inducted into the Country Music Hall of Fame in 1988, the Songwriters Hall of Fame in 2008, and was awarded the Kennedy Center Honors in 2003 and the Presidential Medal of Freedom in 2013. She sold over 45 million albums worldwide.

About the Grand Ole Opry Opry presents the best in country music live every week from Nashville, Tenn.  The Opry can be heard at opry.com and wsmonline.com, SiriusXM Willie’s Roadhouse, and its flagship home, 650 AM-WSM, with Saturday night shows seen on the Circle Network. The Grand Ole Opry is owned by Ryman Hospitality Properties (NYSE: RHP).  For more information, visit opry.com.