Kurt Russell, Burt Reynolds among those to be honored at 61st Western Heritage Awards 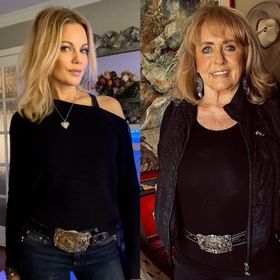 The production team at Buffalo 8 is busy working to attach strong international sales representation to present Freedom globally at major film markets. With Buffalo 8 advising on the content presentation, casting, marketing, and sales positioning Freedom will avoid the typical pitfalls of indie sales. The budget for the proposed film has been designed with the financial return in mind and has been structured to be flexible. Additionally, the production team will position the film toward individuals looking for a new drama film with complex characters and a unique setting. Limited Theatrical, New Media, Streaming Video on Demand (SVOD), DVD/Blu-Ray, broadcast, and foreign distribution outlets will be pursued—each with specific intent.

The feature film begins in Las Vegas and ends in the small town, Freedom, Oklahoma. The story is based on writer Anita Waggoner’s true-life experiences, and award-winning novel. Freedom captures the heartland spirit by portraying the modern-day country/cowboy way of life.

The movie Freedom will initially debut as a feature film with the potential for a future television series. Scenes will be filmed at actual Oklahoma locations where the story took place.

Freedom is a gritty, modern-day western tale that delivers an innovative and intelligent variation on popular western themes like Yellowstone, Longmire, and Heartland. Freedom is scheduled to go into production in Oklahoma in the early spring 2023.

Anita has reached out to actors, musicians, composers, directors, and producers. She has successfully filled roles by choosing individuals who resemble the actual people she writes about in her book Freedom.

Actress Lisa Varga will play the role of Cheyenne, the tenacious, adventurous socialite who while immersed in a complicated divorce meets an Oklahoma cowboy in Las Vegas. Cheyenne runs away from a privileged life in the city to live with the cowboy on his Oklahoma ranch where despite unwavering obstacles, she stays for thirteen years.

Writer/Executive Director, Anita Waggoner will make her acting debut as the character Mona, the bar owner in the film.

Anita and Lisa recently worked together to revise the original script. Their latest version has received rave reviews. The original script won a variety of awards in national/international screenwriting competitions. The revised script sticks with the original storyline, while adding relevant dialogue to carry the story through from beginning to end.

The Freedom Movie cast and crew gathered in Freedom, Oklahoma in July. The successful three-day event brought the Freedom Dream Team together. Thanks to Associate Producer, The Cowboy Entrepreneur, Scott Knudsen, they enjoyed a bull ride, fish fry in the local Cimarron Saloon, and videotaped interviews with local Freedom residents and cast and crew.
Anita and Lisa were surprised recently when they received Silver Belt Buckles as credit for their dedication and unwavering support of the July Bull Riding Event, and the Freedom Movie.

Anita Waggoner presently resides in Coeur D Alene, Idaho. Not only is she an award-winning writer, but she is also a gutsy entrepreneur. Anita has an extensive background in business, writing, and marketing. She has proven herself to be an outgoing, strong, independent woman who will stop at nothing to succeed. Her best-selling book “Freedom” has been adapted into an Oscar-worthy screenplay and plans to start production in the spring of 2023. Anita and her partner, and lifelong cowboy, Marvin Nixon raised world-class rodeo bulls on the Freedom ranch, which Anita funded in Freedom, Oklahoma. Their branded Rocking A bulls performed at PBR and PRCA rodeo events in many cities around the United States from 1996 through 2009. The movie Freedom is a true story about Anita’s life in Freedom.

Lisa Varga is an award-winning actress, writer, and successful producer. Her most notable acting roles include Homeland (Showtime), Game Time: Tackling the Past (NBC), Marley and Me (Twentieth Century Fox), and she won the “best actress” award at the Movieville International Film Festival for her starring role as Janice McKenzie. Lisa will play the lead role of “Cheyenne” in the Freedom movie. The character is based on the reallife Anita Waggoner. Lisa is also the co-writer and producer on the Freedom movie. Lisa was a recurring host on HSN and hosted many other shows and events throughout her career. Lisa is the owner and CEO of Lisa Varga Entertainment and has created a trusted brand name for herself. In her spare time, Lisa is involved with numerous charities. She is well-respected in her community, and in the entertainment business. She is a multi-talented individual.

Join the Friends of Freedom Movie Support Group on Facebook: FRIENDS OF FREEDOM

“FREEDOM” THE MOVIE NEWS THAT YOU’VE BEEN WAITING FOR