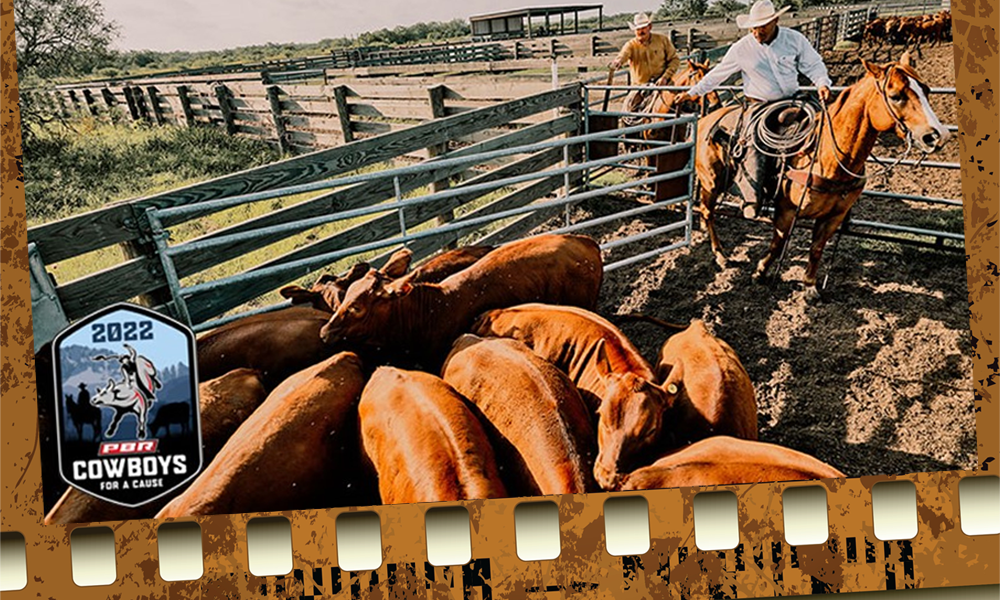 PUEBLO, CO and HOUSTON, TX (August 31, 2022) — PBR (Professional Bull Riders) has announced that its annual charitable “Cowboys for a Cause” event will take place on the iconic King Ranch and be carried on CBS Television Network as a special two-hour broadcast on Sunday Sept. 4 from 2:00 – 4:00 p.m. ET.

Charitable donations from PBR and its partners through the event will support conservation and sustainability efforts across the State of Texas and include a gift to the TSCRA (Texas & Southwestern Cattle Raisers Assoc.) The donation to TSCRA will be distributed to multiple local and rural fire departments that helped landowners fight wildfires across Texas earlier this year.

Cowboys for a Cause 2022 will feature eight teams of three bull riders competing in a two round, non-points event. After the three riders on each team attempt one bull in the first round of competition, the three teams with the top aggregate score will advance to the championship round, when each rider for every remaining team in the competition will get on one bull apiece. The team with the highest aggregate score in that final round will be the event champion in a winner-take-all finish.

“We are excited to host the PBR Cowboys for a Cause charity event on King Ranch,” said Robert Hodgen, CEO of King Ranch, Inc. “An even greater honor is to partner with PBR and the Texas & Southwestern Cattle Raisers Association in demonstrating our appreciation to the many local fire departments that helped us fight fires earlier in 2022 during this historic drought. Supporting the local communities where our employees live and work is a guiding principle for King Ranch and made it easy to endorse this worthwhile event.”

“We are honored to be taking Cowboys for a Cause to the historic King Ranch, the birthplace of American ranching,” said Sean Gleason, Commissioner and CEO, PBR. “Our sport, built on the hard work of cattleman and ranchers, is closely aligned with the long-term principles of King Ranch, including habitat conservation and sustainable land management. We are thrilled to be able to partner with King Ranch to promote these values and support worthy organizations and do so in the exciting team event format.”

Here are the lineups for Cowboys for a Cause 2022:

King Ranch, Inc., is a privately held agribusiness, real estate, energy, and resource management company with diversified operations in Texas, Florida and California. The business was founded in 1853, owns the historic 825,000-acre King Ranch located in South Texas, and is considered the Birthplace of American Ranching TM.  www.king-ranch.com

PBR is the world’s premier bull riding organization. More than 500 bull riders compete in more than 200 events annually across the televised PBR Unleash The Beast tour (UTB), which features the top bull riders in the world; the PBR Pendleton Whisky Velocity Tour (PWVT); the PBR Touring Pro Division (TPD); and the PBR’s international circuits in Australia, Brazil, Canada and Mexico. In 2022, PBR launched the PBR Team Series—eight teams of the world’s best bull riders competing for a new championship—as well as the PBR Challenger Series with more than 60 annual events nationwide. The organization’s digital assets include PBR RidePass on Pluto TV, which is home to Western sports. PBR is a subsidiary of Endeavor, a global sports and entertainment company. For more information, visit PBR.com, or follow on Facebook at Facebook.com/PBR, Twitter at Twitter.com/PBR, and YouTube at YouTube.com/PBR