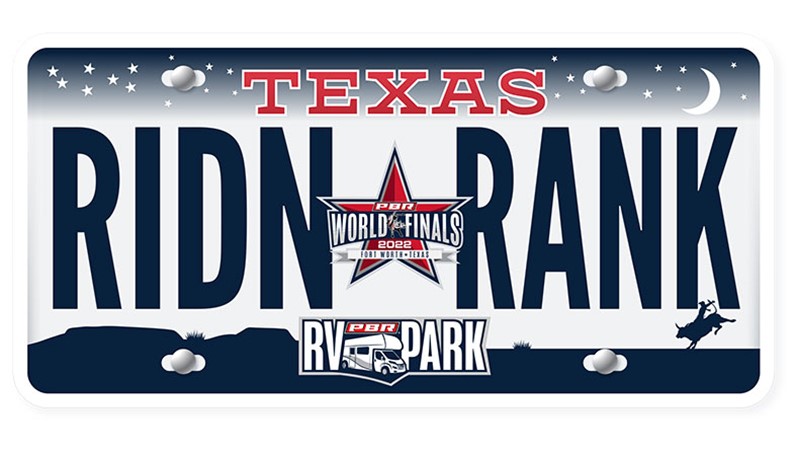 FORT WORTH, Texas (February 7, 2022) – Ahead of the first-ever PBR (Professional Bull Riders) World Finals in Fort Worth, Texas, at Dickies Arena this May, the organization today announced the first-of-its-kind RIDN RANK RV Park, giving fans a new, amenity-rich avenue to enjoy the prestigious two-week Championship event.

Offerings available to those who purchase into the RIDN RANK RV Park will include discounted tickets to the PBR World Finals, access to the village’s hospitality tent including plush seating, televisions, charging stations, fully stocked bar and more, a group barbeque each weekend, nightly drink tickets for the on-site bar, and access to the pre-event reception during two performances of the PBR World Finals.

The RIDN RANK RV Park will also include a programmed gaming area featuring cornhole, giant Jenga and more, along with LIVE entertainment.

To add to the festivities at the RIDN RANK RV Park, those who purchase a space will also be able to participate in meet-and-greets with some of the PBR’s top riders and receive exclusive merchandise.

Spots in the RIDN RANK RV Park are available in three-, four- and 10-day packages. For more information, including pricing, fans can call Matt Walsh at (508) 813-6446 or e-mail mwalsh@pbr.com.

In addition to the RIDN RANK RV Park, the PBR also announced travel packages and the on-sale of weekend ticket packages for the 2022 PBR World Finals.

Travel packages for the 2022 PBR World Finals are available for both weekends of competition starting at $2,800 for two attendees.

For those fans wanting to attend the opening weekend of action from May 13-15, the travel package offered at $2,800 includes a two-night hotel stay and tickets to all three nights of competition inside Dickies Arena.

The travel package for the final weekend of the 2022 PBR World Finals, held from May 19-22, is valued at $3,500 and includes a three-night hotel stay and event tickets to each of the four days of competition.

Tickets for the general seating for weekend packages range in price from $42-$261 nightly.

The premium package offerings are available in four tiers, including:

To purchase the weekend packages and premium offerings, visit PBR.com or Ticketmaster.com or call PBR customer service at 1-800-732-1727.