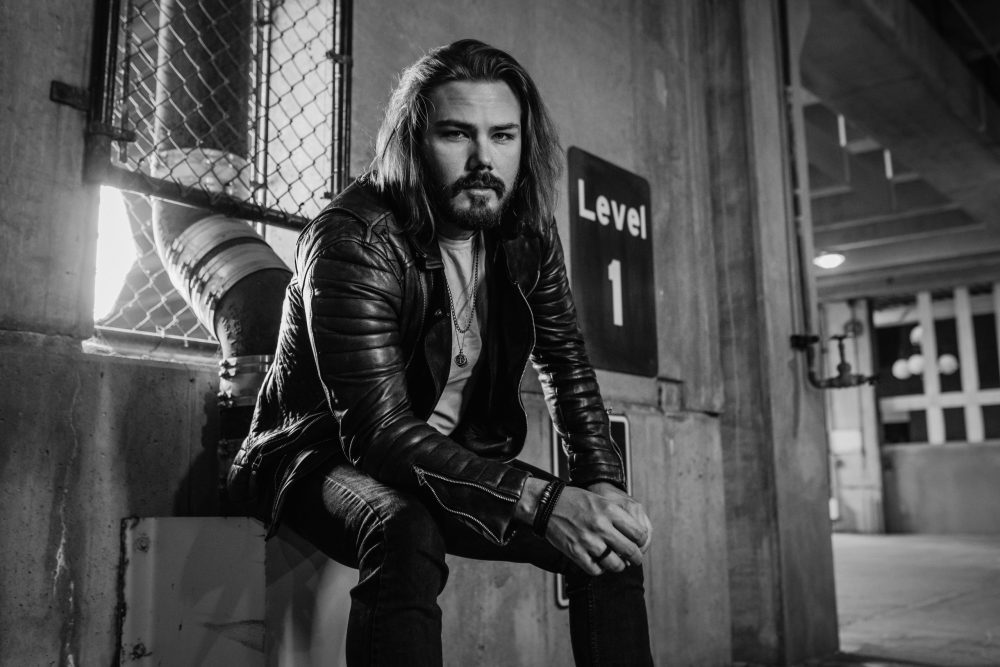 NASHVILLE, TN – Dane Louis fuels the “Fire” in a chilly winter with the release of his new single slated for January 20. The soundtrack of a good time, “Fire” melds electrifying rock-driven guitar, commanding vocals and robust production to set speakers ablaze.

“This song comes from the idea that you can find Fire in a lot of things; a party, whiskey, and love. When you mix it all up, you’ve really got Fire.”

“Fire” is the sophomore single from Dane Louis, following his rye-soaked debut, “Whiskey Wears Off”. He combines mainstream country and stadium rock guitars to produce his own concoction of 100-proof rural-rock, prevalent his brand new blistering track.

“We worked in the studio to take this song from a really simple acoustic song to an overdriven heater with a hard rock edge,” continues Dane. “Legendary session guitarist Jeff King came in to overhaul it and she’s a fully fabricated hot rod now.”

Not only has Dane Louis sold out venues in his home-state of Iowa, he has opened for Brantley Gilbert, Trace Adkins, Eddie Montgomery of Montgomery Gentry, Ashley McBryde, Ryan Hurd, Marshall Tucker Band and more. “We’re very excited for what’s to come for Dane Louis. He has the makings of a star,” says Dawn DeJongh, owner of Burning Ground Entertainment. For more on Dane, visit www.danelouisofficial.com and follow him on social media @danelouisofficial.