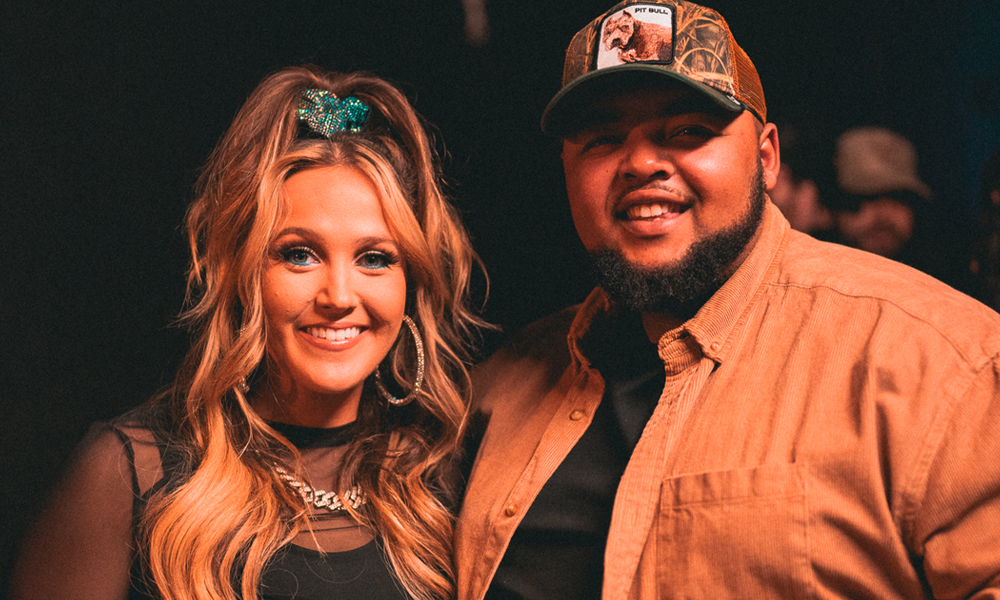 (August 25, 2022 – Nashville, TN) Country’s breakout star, Priscilla Block, is giving her fans what they want. For the very first time, fans can now look forward to getting a more intimate experience with Block during her Welcome to the Block Party Tour, with VIP upgrades available for purchase here.

“I’m doing my first VIP Experience! I always love meeting as many people as I can, and for this VIP Experience I’ll be able to share even more stories, some new music that won’t be in the full set, and a few other special surprises we’re working up.  It could be a more intimate hang, or it could be a pre-game for THE BLOCK PARTY… that’s up to y’all, but I’m excited to see you there,”

*this does NOT include a ticket to the show. If you do not purchase a concert ticket in addition to this upgrade, you will not be admitted to the event.

Block also welcomes emerging country artist Dalton Dover, as a supporting act on the remainder of her wildly successful Welcome to the Block Party U.S Tour. The exciting news comes at the heels of Block wrapping up the international leg of her tour, which saw the star sell out in Glasglow (8/22) and London (8/24).

“When we played in Rome, GA this Spring on my headline tour, Dalton’s hometown, he came up on stage and sang with me and we had such a good time I figured we should make a full tour out of it!  He’s the absolute sweetest, and he can SANG!  I’m so glad to have him out this Fall with us,” says Block.

Tickets for the Welcome to the Block Party World Tour can be found here.

Block has been keeping the Block Party going all summer long and she certainly shows no signs of slowing down with the release of her latest single, “Off The Deep End,” available now. The upbeat track, written by Block, Martin Johnson and Brandon Paddock, is a call for everyone to embrace their wild side and jump “off the deep end” from time to time.

Early in the pandemic, Priscilla was struggling to make ends meet after losing her job and her apartment. Unable to get out and play in person due to Covid-19, Priscilla began experimenting on TikTok and quickly developed a rabid fanbase with songs like “Thick Thighs,” “PMS” and “Just About Over You.” Fans rallied together to independently fund Priscilla’s recording and since its release, “Just About Over You” peaked both the iTunes Country and All-Genre song charts, the song was named one of The New York Times Best Songs of 2020, and it recently reached Top 15 on country radio. Priscilla has surpassed more than 425+ million digital streams and counting with tracks like “Just About Over You,” “Wish You Were the Whiskey,” “I Bet You Wanna Know,” and her current single, “My Bar,” all featured on her major label debut album, Welcome to the Block Party, out now.

Originally from Raleigh, NC, Priscilla moved to Nashville to pursue music shortly after high school. In Nashville, the affable, hardworking, student of life worked multiple jobs to make ends meet, then a chance encounter with her idol – Taylor Swift – was the sign she needed to dive all the way in on her music. Priscilla is a seasoned performer sharing the stage and opening for artists including Dierks Bentley, Jon Pardi, Kelsea Ballerini, Ashley McBryde, Rodney Atkins and more.

Lauded by MusicRow as a “master country talent,” twenty-three-year-old Dalton Dover first started singing at church as a kid, winning his fifth-grade school talent show performing Justin Bieber’s “Baby.” In that moment Dover’s love of performing was born. By the age of 16 he had picked up a guitar and started teaching himself to play, yet it was his grandfather who turned him on to country music and artists such as Keith Whitley, Rhett Akins, Joe Diffie and Steve Wariner. Enamored with the honesty and storytelling found in country music, Whitley’s “Don’t Close Your Eyes” was the first song Dover taught himself to play on guitar. Performances at local bars soon followed along with sharing covers of some of his favorite songs on TikTok. It was there he caught the ear of producer Matt McV and A&R Veteran and founder of Droptine Recordings, Jim Catino, who quickly signed Dover.

Married to his high school sweetheart, Faith, the two have lived in the same rural Georgia small town, population 1,200, all their lives, important for the Dovers to give their two young children, Taylor and Alyiah, the same idyllic childhood they had growing up — the life one finds in a small town. And it’s that pace and familiarity he enjoys so much that he sings about on his debut track “You Got a Small Town.” Produced by McV, “You Got A Small Town” quickly garnered critical acclaim from Billboard, MusicRow, Country Now and Wide Open Country. With his debut and follow-up “Baby I Am” earning notable playlisting, Dover was named a Spotify Hot Country 2022 Artist to Watch. Dover’s latest single “Hear About A Girl” is available now, with plans to release “Damn Good Life” later this fall.

After opening for Luke Comb’s Mercedes-Benz Stadium show in Atlanta, Ga. earlier this summer, Dover set out on his seven-night August residency, performing across multiple locations of Blake Shelton’s Ole Red. Dover will bring his captivating live set to Priscilla Block’s Welcome to the Block Party Tour this fall, kicking off Oct. 13 in Cincinnati, Ohio. For the latest follow along on Instagram, TikTok, Twitter and Facebook.

“KINGS OF THE DAIRY QUEEN PARKING LOT” EVERETTE SET SIDE B RELEASE DATE FOR FRIDAY, OCTOBER 7