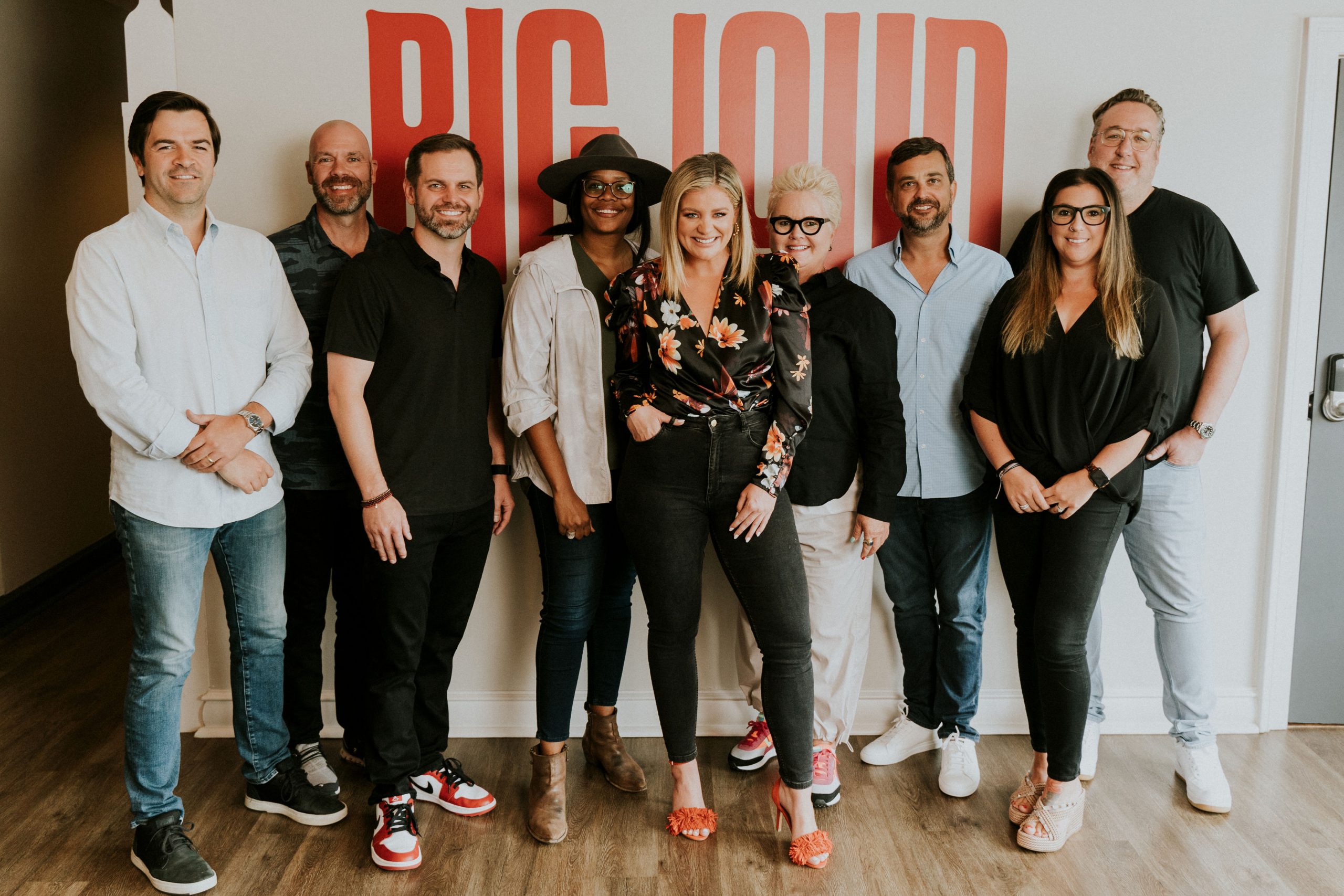 “We feel like Lauren is absolutely one of the best vocalists, male or female, in this town,” Big Loud CEO/Partner Seth England shares with Billboard exclusively. “Certainly, she’s had success, but we humbly think she has barely scratched the surface of what we think we can do together. Lauren Alaina deserves to be, in my opinion, on the same pedestal as Carrie Underwood, and it’s our job to help her find that mode.”

With an arsenal of accolades and a fresh vision for what’s to come, Alaina’s next chapter aligns smoothly with Big Loud’s ethos – even down to the name.

“I GOT A LABEL THAT MATCHES MY PERSONALITY: BIG, LOUD, AND COUNTRY.”

“I got a label that matches my personality: big, loud, and country,” Alaina shares with Billboard, calling her new partner her “dream label.” “I really want to tap into my country roots. I don’t think people remember like how Southern I am…I’m a country girl through and through.”

Launching a new era, the three-time chart-topping ACM and CMT award winner joins the Big Loud roster at an all-time career high. Musically, Alaina is surging, dropping her deeply personal album Sitting Pretty On Top of the World last September, and most recently duetting with now labelmate Chris Lane on “Dancin’ In The Moonlight,” their reimagination of King Harvest’s 1973 hit of the same name.

Outside of music, Alaina has become one of country’s most in-demand entertainers, appearing on CBS’ Beyond The Edge, ABC’s Dancing With The Stars, among countless other national TV performances. Tallying additional outstanding career moments, Alaina is a celebrity brand ambassador for Maurices, an artist ambassador for the CMA Foundation, an Amazon best-selling author, a Hallmark movie star, and a foundation-starting philanthropist. Rolling Stone puts it simply: “there’s a reason Lauren Alaina manages to stay top of mind.”

This summer, Alaina follows up her second career headlining tour with notable festival stops at Faster Horses, Watershed, Tidalwave Music Festival, and more, alongside performances at the Grand Ole Opry through the end of the year. With Alaina’s “career on a seemingly limitless upward trajectory” (American Songwriter), fans can expect new music in 2022.

“(I want to) make music that I’m really proud of with a team that I’m really proud of,” she says. “I want to do as much as I can do in the next 10 years. And I’d probably like to also get married and have some kids. So, I want to be able to balance all of that in the next 10 years. I think it’s gonna be the biggest 10-year span of my life so far.”

Grand Ole Opry member and multi-platinum-selling singer/songwriter Lauren Alaina has earned three No. 1 hit singles in just under three years with her smash “Road Less Traveled” (2017), the now 7x Platinum “What Ifs” (2018) with her childhood friend and superstar Kane Brown (his first career No. 1), and “One Beer” (2020) with friend and rising star HARDY (also his first career No. 1). Alaina and her friend/Big Loud platinum-selling artist Chris Lane just released a duet “Dancin’ In The Moonlight.” Her No. 1 debuting album Sitting Pretty On Top of The World, which includes her singles single “Getting Over Him” featuring Jon Pardi, as well as her recently RIAA-certified gold-selling “Getting Good.” Alaina, a best-selling and first-time author, released her inspirational book, Getting Good at Being You: Learning to Love Who God Made You to Be in December and was the #1 New Release on two of Amazon’s sales charts in its first week of release.

The Georgia native, who American Songwriter calls “a vibrant force of positivity in the world,” starred in her first Hallmark Channel movie “Roadhouse Romance” last year that premiered to rave reviews and became the #1 most-watched entertainment cable program of the day and week.

Alaina, who just wrapped her second career headlining tour, On Top Of The World Tour Presented By Maurices with multiple sell-outs, has also shared the stage with superstars including Alan Jackson, Blake Shelton, Carrie Underwood, Luke Bryan, Martina McBride and Jason Aldean. Alaina sold out her own, first-ever headlining, That Girl Was Me Tour, and has performed on some of the highest-profile stages in the world including national television performances on PBS’s A Capitol Fourth, Dancing with the Stars, American Idol,CBS reality series ‘Beyond The Edge’, TODAY, ABC’s Good Morning America, The Ellen Degeneres Show, The Tonight Show starring Jimmy Fallon, Jimmy Kimmel Live!, Macy’s Thanksgiving Day Parade, ABC’s CMA Fest specials, CMA and ACM Awards, Dallas Cowboys Thanksgiving Day halftime performance, MLB’s World Series national anthem (Game 5, 2021) and more including a performance at the White House for President Obama for a PBS special.