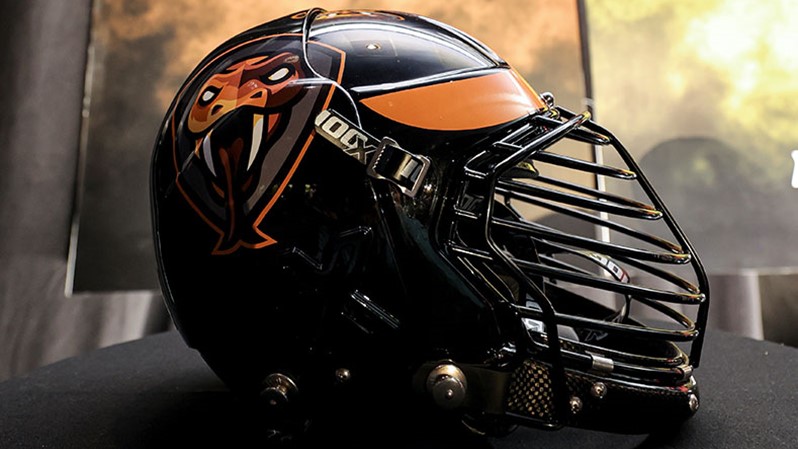 FORT WORTH, Tex. (March 21, 2022) – Ahead of the inaugural season for the ground-breaking PBR (Professional Bull Riders) Team Series, Dallas-Fort Worth’s first-ever professional bull riding team, the Ariat Texas Rattlers, today announced the availability of tickets for their inaugural homestand at Dickies Arena.  Rattlers Days, which will include festival entertainment alongside the league’s new bull riding games, will be held Oct.7-9.

Tickets for the landmark homestand are on-sale now, and start at $20, taxes and fees not included. Tickets can be purchased online at Ticketmaster.com and PBR.com, at the Dickies Arena Box Office, or by calling PBR customer service at 1-800-732-1727.

A Co-founder of the PBR, Lambert is a true rodeo legend. Qualifying to the PBR World Finals from 1994-1996, Lambert remained intimately involved with the PBR following his retirement from competition, becoming the organization’s Livestock Director, a role he’s held for the past three decades, selecting the bulls that are an essential ingredient for the PBR’s explosive growth.

In addition to being one of the inaugural inductees into the prestigious PBR Ring of Honor, Lambert is also a member of the Texas Cowboy Hall of Fame and the National Cowboy & Western Heritage Museum’s Rodeo Hall of Fame.

Today, Lambert ranches near Bowie, Texas, where he has mentored many up-and-coming talents, including the two-time PBR World Champion Jess Lockwood.

Bringing a wealth of business expertise to the team, George is the founder of Atacama Ventures, an early-stage venture capital fund with investments in financial technology, healthcare, and consumer products. He has worked in areas as divergent as managing the digital business for a luxury retailer in Europe to business development for the Oakland Athletics. He is an alumnus of the Stanford University Graduate School of Business. Prior to business school, he was an early employee at Bizo, an advertising technology company, which was acquired by LinkedIn in 2014.

Also an active philanthropist, in 2012, George founded Friends of the Golden Gate, a non-profit that assists the National Park Foundation and the Golden Gate Parks Conservancy.

The Ariat Texas Rattlers are owned by the Fisher Family, who have extensive experience owning and operating professional sports teams in Major League Baseball and Major League Soccer, as well as owning Ariat, the official boot sponsor of PBR and a longtime sponsor of notable PBR athletes, including two-time and reigning World Champion Jose Vitor Leme and 2016 World Champion Cooper Davis. Ariat is expanding its presence in the sport as the presenting sponsor of a new PBR team, joining seven other teams in the new league that begins competition in July.

The PBR Team Series’ inaugural 10-event, 112-game regular season will include a three-day homestand event hosted by each of the eight founding teams. The 2022 season will begin with neutral site games in Cheyenne, WY, and will culminate in a team championship at T-Mobile Arena in Las Vegas, NV, November 4-6, 2022.

The PBR Team Series builds on the existing structure of professional bull riding with the same basic rules for judging and scoring qualified 8-second bull rides. Events will be staged in a tournament-style format with all teams competing in head-to-head matchups against a different opponent each day.

Each game will feature five riders per team squaring off against another team. Full team rosters will be comprised of seven riders on the core roster and three practice squad members. The league will host a PBR Team Series draft on May 23 prior to start of the 2022 season, among any bull riders who have declared for the draft during a league eligibility window. The Ariat Texas Rattlers will have the third pick in the draft, an order of selection that was determined by a draft lottery among all teams in New York on January 7.

During each game, the team with the highest aggregate score of qualified rides among its riders will be declared the winner. The event winner will be the team with the most game wins across an event, with a special bonus round designed as a tie-breaker to determine final event standings.

The PBR Team Series complements the successful PBR Unleash The Beast premier tour, which held its first championship in 1994 and in 2022 will be staged January – May, with its World Finals in Fort Worth, Texas from May 13-22, 2022.

Tickets for the three-day event are on-sale now, and start at $20, taxes and fees not included. Tickets can be purchased online at Ticketmaster.com and PBR.com, at the Dickies Arena Box Office, or by calling PBR customer service at 1-800-732-1727.

Three-day ticket packages will also be available, offering fans up to a 25% discount on select price levels.

PBR Elite Seats are available for avid fans who want an exclusive VIP experience while enjoying the world’s top bull riding circuit. These tickets, available in three tiers, offer premium seats, on-site concierge at the PBR Fan Loyalty Booth, a question-and-answer presentation with some of the top bull riders and stock contractors in the world, behind-the-scenes look at the event from the back of the bucking chutes, exclusive PBR Team Series collectible merchandise, pre-event photo on the dirt, $20 concession voucher and souvenir credential and lanyard.

PBR is the world’s premier bull riding organization. More than 500 bull riders compete in more than 200 events annually across the televised PBR Unleash The Beast tour (UTB), which features the top 35 bull riders in the world; the PBR Pendleton Whisky Velocity Tour (PWVT); the PBR Touring Pro Division (TPD); and the PBR’s international circuits in Australia, Brazil, Canada and Mexico. In June 2022, PBR will launch PBR Team Series – eight teams of the world’s best bull riders competing for a new championship. The organization’s digital assets include PBR RidePass on Pluto TV, which is home to Western sports. PBR is a subsidiary of IMG, a global leader in sports, fashion, events and media. For more information, visit PBR.com, or follow on Facebook at Facebook.com/PBR, Twitter at Twitter.com/PBR, and YouTube at YouTube.com/PBR.

Dickies Arena is a 14,000 seat, spectacular multipurpose venue that was built in 2019 and recently nominated for Arena of the Year by both Pollstar Magazine and the Academy of Country Music Awards.  The arena is owned by the City of Fort Worth and managed by the not-for-profit operating entity, Trail Drive Management Corp. (TDMC).  The facility is the result of a pioneering public-private partnership between the City of Fort Worth, Tarrant County, the State of Texas and a group of private-sector participants, including foundations, individuals and organizations. The arena is located adjacent to the Will Rogers Memorial Center campus in Fort Worth, Texas. The state-of-the-art arena hosts concerts, sporting events and family entertainment, and is home to Fort Worth Stock Show Rodeo performances. For more information, visit www.DickiesArena.com.