The Briscoe Showcases The Diverse Stories Of The West
Advertisement 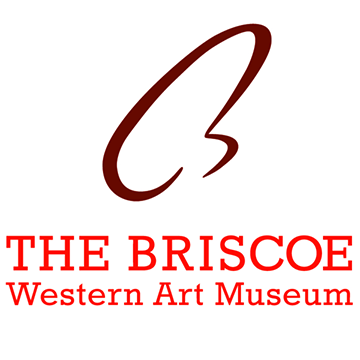 San Antonio, TX – The term “Western Art” brings to mind cowboys on the range, yet the genre is as expansive as the region it depicts, showcasing the rugged beauty of the West alongside the people and wildlife who call it home. Scholars and cultural institutions including the Briscoe Western Art Museum identify distinct themes within Western Art including wildlife, Native American heritage, and of course, cowboys. Due to the undeniable influence of Mexican and Spanish heritage across Texas and the Southwest, the Briscoe also celebrates that heritage through its interwoven collection of art and artifacts.

The Briscoe celebrates the art, heritage, and diverse history of the American West through its collections, exhibitions and programs. Through its permanent collection and traveling exhibitions, the museum showcases the true diversity of the West, including the Native Americans, vaqueros, cowboys and pioneering women who rode the range with them.

Understanding the Diversity of Cowboys

“History tells us that cowboys were Black, Native American, Hispanic and even Chinese, but Western art from that period does not reflect that,” explains Michael Duchemin, Ph.D., President and CEO of the Briscoe Western Art Museum. “Contemporary art can broaden the image of a cowboy to more authentically illustrate that history.” The latest addition to the museum’s permanent collection does just that.

“Once Upon a Time”, a new work created by artist Mark Maggiori to highlight the story of working Black cowboys, is on display in the museum’s New Works gallery. An award winning Western contemporary artist known for his realistic and academically tuned works, Maggiori is a French artist who paints modern cowboys in the nostalgic American West. The artist is a graduate from the prestigious Academie Julian in Paris and has lived in the United States since 2010. Maggiori created the work and donated it to the Briscoe’s permanent collection to help represent the history of Black cowboys in the West. The museum created a day of programming spotlighting the history of Black cowboys in the West and has additional programming planned to further share the authentic history and diversity of the cowboys who shaped the West.

Women Are Cowboys, Too: Women of the West Gallery

The Briscoe’s commitment to sharing the authentic stories of the West includes the role that women play in Western art. The museum’s Ruth McLean Bowman Bowers: Women of the West gallery includes both a mixture of art about women and by women artists. The diverse stories represented include Native American women from diverse cultures, working the land, as well as Hispanic women promoting the culture and legacy of Mexico; immigrant women looking for new and better opportunities; freed women forming colonies; and women ranchers reclaiming the West.

From Glenna Goodacre’s clay design for the Sacagawea dollar, portraying a woman who helped explore the West, to the newest addition to the gallery, “Song of Mountain Chief”, batik with buckskin pouch with digital recording, by artist Echo Ukrainetz, the gallery spotlights Native American heritage in Western Art. Other artists featured in the gallery include C. Michael Dudash, Jan Mapes, Terri Moyers, Gladys-Roldan-de-Moras, Deborah Copenhaver Fellows, John Coleman and Edward R. Curtis. The gallery’s namesake, the late Ruth McLean Bowman Bowers, was a philanthropist who championed a wide range of efforts to advance equality for women and girls.

The Briscoe’s Night of Artists Exhibition and Art Sale, the largest Western art auction in Texas and one of the largest in the United States, features painting, sculpture and mixed media by more than 80 of the country’s leading contemporary Western artists. In spite of the fact that Western artists are predominately male, more than 23 percent of the artists included in the 2020 Night of Artists were female, a figure the Briscoe hopes to continue to grow.

The stunning bronzes “Dance of the Eagle” and “Buffalo Dance Relief” by sculptor Allan Houser, a member of the Chiricahua Apache tribe, hunter-gatherers who roamed from New Mexico to northern Mexico, greet visitors to the Briscoe’s McNutt Sculpture Garden. Inside, works range from “Girl Who Walks in the Sun” by sculptor Orland Joe, Sr., born of the Navajo and Southern Ute, to artifacts including a Blackfeet war shirt that shows the incredible trade network that existed between Native people and Europeans in North America. Through the incorporation of materials that span the continent, this Montana-based shirt includes shells from the Pacific Coast as well as wool and colored glass beads.

Highlighting the continued vibrancy and artistic traditions of Native American communities, the Briscoe Western Art Museum annually celebrates the important role Native Americans played in shaping the West during its Yanaguana: Indian Arts Celebration. Held during Native American Heritage Month since the museum opened, the event provides a glimpse into traditional and contemporary Native American culture, with musical performances and dancing, as well as storytelling, and artist demonstrations.

The Briscoe features Native American heritage in its exhibitions as well. VISUAL VOICES: Contemporary Chickasaw Art, on display through Jan. 18, 2021, includes more than 55 artworks by 15 present-day Chickasaw painters, potters, sculptors, metalsmiths and weavers. The exhibition tells a beautiful and compelling contemporary visual story through a variety of mediums. From oil and watercolor paintings to textiles and metals, glass and bronze, the artworks are unique, intrinsically Southeastern in design and distinctive among contemporary tribal artists.

Spanish and Mexican Heritage Woven Through the West

In the heart of San Antonio’s River Walk, the Briscoe is ideally situated to understand and illustrate the role of Spanish and Mexican heritage in Western History. The phrase, “The West Starts Here” is included in the Briscoe’s materials because sitting on the 98th parallel, San Antonio falls on the invisible line that denotes the start of the Western United States. San Antonio and South Texas also played a key role in the cattle drives that defined the West – and was home to many of the vaqueros that joined in the drives.

The Briscoe shares that story through its Guerra Family Gallery.

The Guerra family landed in Veracruz, Nueva Espana, just 87 years after Cortez sailed to the new world. Their namesake gallery tells the story of the lasting legacy of the Hispanic culture in the West through beautiful art and artifacts from the late Enrique Guerra, who acquired a collection that represents the material and artistic culture of the West from the Spanish Colonial and Early Mexican periods. Among the objects found in this gallery are Santa Anna’s sword, a guitar once owned by Benito Juarez, Mexico’s first indigeneous president, a richly-embroidered Spanish viceroy saddle from the 17th century, and Ex Voto paintings, an early form of narrative art, designed to instill religious principles in a pictorial form. The Spanish missionaries that established the San Antonio Missions regularly utilized this form of narrative art to teach biblical stories to Native People living in the mission.

The museum also includes Pancho Villa’s last known saddle and spotlights Spanish and Mexican Heritage through programming and exhibitions, including last year’s Almas Creativas: A Tribute to Mexican Huichol Art and Destino San Antonio, an exhibition that featured selections from the Briscoe’s collection of nearly 600 stereographs of Bexar County from the 1860s to 1930s. Unveiled for the city’s tricentennial, the experiential exhibition was inspired by the structure of the stereograph – a picture composed of two superposed images that give a three-dimensional effect when viewed with a stereoscope or special glasses, and highlighted San Antonio’s unique history through maps, video, personal accounts, and arcade-style 3-D viewers.

Current exhibitions that illuminate Spanish and Mexican heritage in Western Art include Vaqueros de la Cruz del Diablo: Contemporary Photography of the Northern Mexican Cowboy. Making its United States debut in San Antonio, the exhibition features almost 60 photographs from celebrated photographer Werner Segarra, who spent more than 30 years getting to know the vaqueros and the community. The photography exhibition showcases the people, the work and the landscape of a remote area in Sonora, Mexico. The title, “Vaqueros de la Cruz del Diablo”, or “Cowboys of the Devil’s Cross”, refers to a mountain that defines the rugged landscape where these vaqueros work and live. The photographs share the unique, passionate and strenuous life the vaqueros lead.

Bringing the West to Life on the River Walk

The museum is open Thursday through Monday, 10 a.m. – 5 p.m. and closed to the public on Tuesdays and Wednesdays. Located on the south end of the River Walk, the Briscoe is near the Arneson River Theatre and La Villita, with convenient parking at the Riverbend Garage directly adjacent to the museum or one of many downtown surface lots. Museum hours, parking and admission details are available online.

About The Briscoe Western Art Museum: