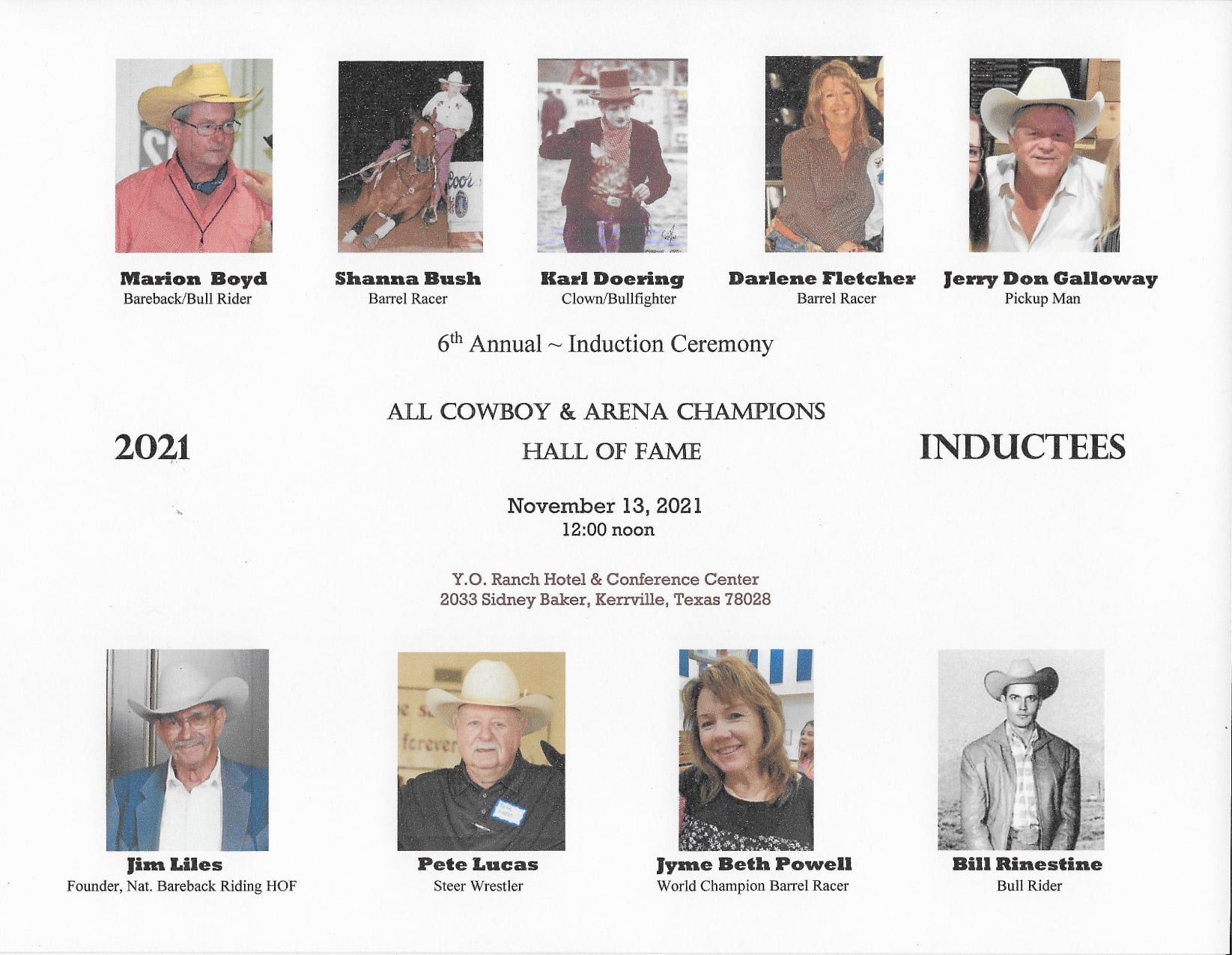 The 2021 Hall Of Fame Inductees will be honored at the 6th Annual Induction & Reunion being held November 12-13 at the Yo Ranch Hilton in Kerrville Texas. The social gathering will begin on Friday with honors being done on Sat.

SHANNA BUSH
Barrel Racer – Gold Card Member in WPRA for 35+ years. Finished in the top 20 in the world standings five times. Made the NFR in 1984. Inducted into the Texas Rodeo Cowboy Hall Of Fame in 2019.

CLARK ROSSI
Saddle Bronc Rider – part of a father-son rough stock team with his father Andrew, rode in both Open & PRCA rodeos in the 80’s

RICK YOUNG
Rodeo Clown / Bullfighter – 1974 worked the NFR, 1980 PRCA Clown of the Year, Four-time Coors Man in the Can, are just a few of his accomplishments. Rick worked the Sikeston, Missouri rodeo for 50 years!

W.K. KIP STRATTON
Award-winning author of nine books, including the Los Angeles Times bestseller, The Wild Bunch and Chasing The Rodeo. Contributor to Texas Monthly, Dallas Morning News, Sports Illustrated and other magazines. Member of the Western Writers of America.

Lots of amazing wisdom and stories in this line up. We look forward to the pictures and videos to come and hopefully having some interviews to post here for Tenn Texas Radio.

Congrats to all inductees you are definitely amazing role models and reflect the true legends of the west!