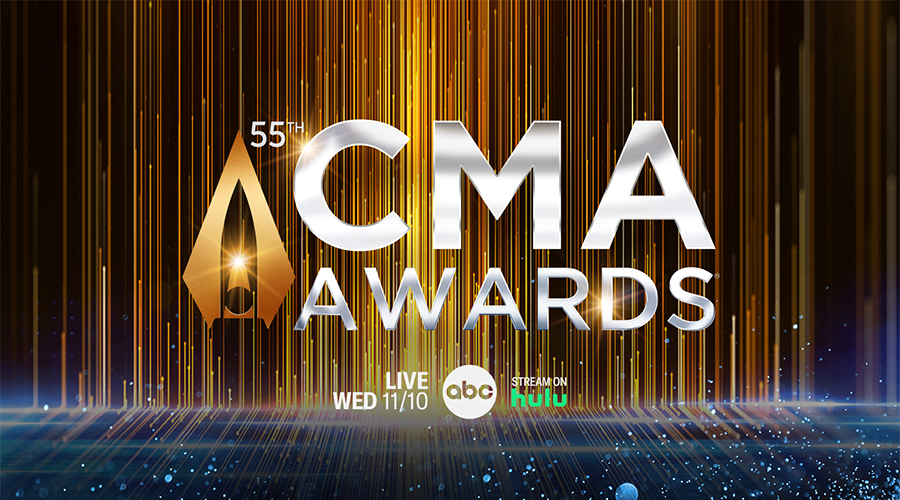 NASHVILLE—“The 55th Annual CMA Awards” made a triumphant return to Nashville’s Bridgestone Arena, delivering an emotional broadcast celebrating the very best in Country Music. Shining a light on a community like no other, Country Music’s Biggest Night™ was filled with groundbreaking performances, heartfelt speeches and surprise wins.

Luke Combs, who performed his brand new single “Doin’ This,” received the night’s top honor of CMA Entertainer of the Year, a first for the artist. Sharing that he was at a loss for words, especially after hearing presenter Alan Jackson say his name twice, Combs acknowledged all of this year’s artists in the category before saying, “I don’t deserve to win it, but I’m sure as hell glad that I did.”

Brothers Osborne won CMA Vocal Duo of the Year, as T.J. Osborne graciously took to the stage to proclaim, “It really does feel like love wins tonight.” Jimmie Allen, who performed “Freedom Was a Highway,” received CMA New Artist of the Year, tearfully taking the stage to share that five years ago, he spent his last $100 to purchase a ticket to attend “The 50th Annual CMA Awards,” just to see his hero Charley Pride perform.

In one of the most emotional acceptance speeches of the night, Carly Pearce was brought to tears upon winning CMA Female Vocalist of the Year for the first time, as fellow nominee Ashley McBryde helped her to the stage. Old Dominion continues their reign as CMA Vocal Group of the Year, having now won four years in a row.

Winners announced prior to the live broadcast include Kelsea Ballerini and Kenny Chesney, taking home trophies for both CMA Musical Event of the Year and CMA Music Video of the Year for their collaboration “half of my hometown.” The song was produced by Ballerini, Ross Copperman and Jimmy Robbins, and the music video was directed by Patrick Tracy. Jenee Fleenor took home the trophy for CMA Musician of the Year. See below for the full list of this year’s winners.

“Country Music as an artform has always been about storytelling, and this year’s CMA Awards broadcast, from performances to acceptance speeches, featured an incredibly wide range of stories—deeply personal stories, unifying stories, fun and lighthearted stories, and stories of love and loss,” says Sarah Trahern, CMA Chief Executive Officer. “That is what makes this genre truly special, and I am so proud to have provided a platform for all of the incredible artists featured on this year’s CMA Awards to share their authentic selves with viewers around the globe. There was something poetic about returning to our home at Bridgestone Arena this year, and I am positive that I am not alone in wanting to relive the evening’s many magical moments.”

Miranda Lambert, the most-nominated female in CMA Awards history, kicked off the night with a career-spanning retrospective of her greatest hits that brought the crowd to their feet as host Luke Bryan took the stage. After greeting his fellow nominees and friends seated at tables in the audience, Bryan was surprised by his “American Idol” co-judges Katy Perry and Lionel Richie, poking fun at his hosting abilities. Bryan later performed his new single “Up.”

Award-winning singer and actress Jennifer Hudson captivated the audience with her first-ever CMA Awards performance of “Night Life,” a song originally written and recorded by Willie Nelson and later recorded by Aretha Franklin, followed by a show-stopping surprise duet with Chris Stapleton of “You Are My Sunshine,” the Jimmie Davis-penned classic that both Franklin and Nelson also recorded. Stapleton also performed a stirring rendition of his song “Cold.”

Mickey Guyton, Brittney Spencer and Madeline Edwards shared an empowering performance of Guyton’s new song “Love My Hair,” which received a standing ovation. The performance was introduced by 14-year-old activist Faith Fennidy, a young Black girl who, in 2018, left her 6th grade classroom in tears after school officials complained that her hairstyle violated school policy. Fennidy is now an inspiration behind the CROWN Act, created to ensure protection against discrimination based on race-based hairstyles

In one of the night’s most touching moments, Brothers Osborne took the stage to perform “Younger Me,” a reassuring message of hope and strength to the younger version of oneself. Following a cold introduction, T.J. Osborne, who in February of 2021 publicly came out as gay, spoke about watching the CMA Awards for years and thinking how incredible it would be to be on the stage speaking his truth despite feeling that it would never be possible because of his sexuality. “I just wish, I wish my younger me could see me now.”

In true CMA Awards fashion, artists delivered once-in-a-lifetime collaborations throughout the night. Pearce and McBryde performed their heartachingly beautiful duet “Never Wanted to Be That Girl,” while Chris Young and Kane Brown brought the crowd to their feet with their chart-topping, smalltown ode “Famous Friends.” Jason Aldean and Carrie Underwood delivered the world television premiere of their recent No. 1 hit “If I Didn’t Love You,” and Dierks Bentley welcomed BRELAND and HARDY on stage for “Beers On Me.”

Keith Urban took to the streets of downtown Nashville, performing his new single “Wild Hearts” while walking down Broadway into Bridgestone Arena. Eric Church brought his nostalgic song “Heart On Fire” to the CMA Awards stage. Blake Shelton performed his new single “Come Back as a Country Boy.” And Zac Brown Band delivered a unifying message with their song “Same Boat.”

Country artist Russell Dickerson, in partnership with Chevrolet, shared the inspirational story of Sarah Frei before inviting her to join him on stage to honor the CMA Foundation’s 30 Music Teachers of Excellence sitting in the audience. The moving segment brought the room to their feet.

Following is a complete list of winner from “The 55th Annual CMA Awards.”

ENTERTAINER OF THE YEAR

SINGLE OF THE YEAR
Award goes to Artist(s), Producer(s) and Mix Engineer(s)

ALBUM OF THE YEAR
Award goes to Artist(s), Producer(s) and Mix Engineer(s)

SONG OF THE YEAR
Award goes to Songwriter(s)

FEMALE VOCALIST OF THE YEAR

MALE VOCALIST OF THE YEAR

VOCAL GROUP OF THE YEAR

VOCAL DUO OF THE YEAR

MUSICIAN OF THE YEAR

NEW ARTIST OF THE YEAR

About the CMA Awards

The first “CMA Awards Banquet and Show” was held in 1967. The following year, the CMA Awards was broadcast for the first time – making it the longest running, annual music awards program on network television. The CMA Awards have aired on ABC since 2006. ABC is the network home of the CMA Awards and CMA’s other two television properties, “CMA Fest” and “CMA Country Christmas.”

All balloting is tabulated by the professional services organization, Deloitte.

As used in this document, “Deloitte” means Deloitte & Touche LLP, a subsidiary of Deloitte LLP. Please see http://www.deloitte.com/us/about for a detailed description of Deloitte’s legal structure. Certain services may not be available to attest clients under the rules and regulations of public accounting.