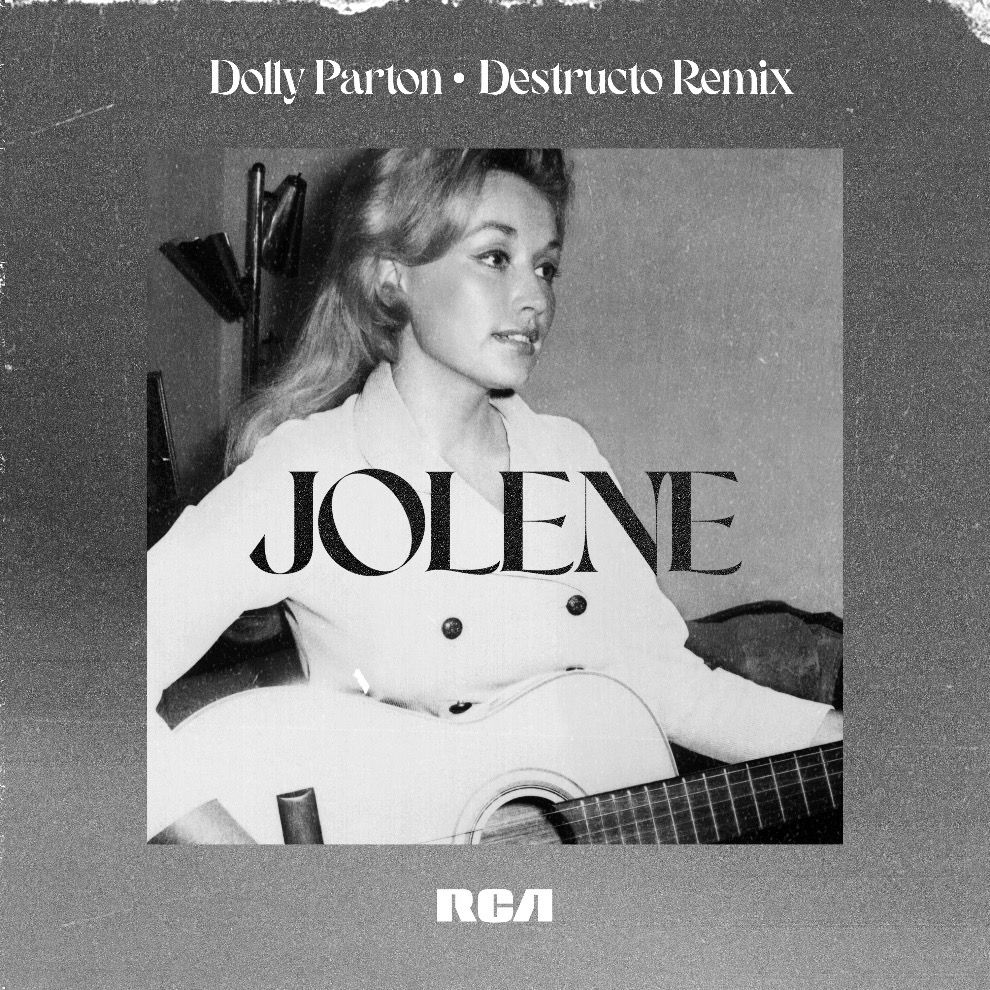 Recently heralded at #63 of the 100 Greatest Songs of All Time by Rolling Stone, music legend Dolly Parton’s “Jolene” is one of country music’s most beloved tracks.  Today, November 12, RCA/Sony Music Entertainment has released the “Jolene (DESTRUCTO Remix)” as a rare official remix, crossing the song into new musical territory.

For his “Jolene” remix, electronic music producer, DJ and tastemaker DESTRUCTO (Gary Richards) leans into an emotional, sublime and melodic style of deep house bolstering Dolly Parton’s unforgettable vocal.  Every verse is retained in the remix, offering the listener the opportunity to indulge in Parton’s story telling of a woman trying to keep her man from a younger love interest through song.  Meanwhile, the “Jolene” remix holds its country charm by its original signature string guitar roll throughout.

“My little song ‘Jolene’ has been done so many different ways and I love them all, but I think this one is my favorite,” shares Dolly Parton.  “It makes me want to dance! How about you!?”

“’Jolene’ has been part of my musical DNA since day one.  It is a true classic not only for country music but American music. I’ve always felt its lyrics and melody could be the bones to build a real dance floor banger around. Something to sing along to while getting your dance on,” says DESTRUCTO (Gary Richards).  “I’m beyond thrilled being given the opportunity to remix one of the greatest songs of all time and that Dolly loves it.  She is a national treasure and to be able to have the world hear my version of it with her behind it is a blessing.”

Dolly Parton is the most honored and revered female country singer-songwriter of all time. Achieving 25 RIAA-certified gold, platinum, and multi-platinum awards, she has had 26 songs reach #1 on the Billboard country charts, a record for a female artist. Recently, Parton reached #1 on the Billboard Christian Airplay Chart for the first time for her duet with Grammy award-winning Zach Williams of “There Was Jesus,” for which they won a Grammy this year, making that her 11th Grammy win.   She received her first Dove Award for short form video for her collaboration with for King & Country on the song “God Only Knows.” Parton is the first artist to have topped the Billboard’s Adult Contemporary, Christian AC Songs, Hot Country Songs, Christian Airplay, Country Airplay and Dance/Mix Show Airplay radio charts. Parton recently became the first country artist honored as Grammy MusiCares Person of the Year given out by NARAS. She has 44 career Top 10 country albums, a record for any artist, and 110 career-charted singles over the past 50+ years.

In 2014 the RIAA recognized her impact on recorded music with a plaque commemorating more than 100 million units sold worldwide. Her 2016 #1 album, “Pure & Simple,” which topped the Billboard Top Country Albums and Americana/Folk Albums charts and debuted at No. 1 in the U.S., Canada, U.K. and Australia, added to that massive tally. She has garnered eleven Grammy Awards and 50 nominations, including the Lifetime Achievement Award and a 2020 win with for KING & COUNTRY for their collaboration on “God Only Knows”; 10 Country Music Association Awards, including Entertainer of the Year; five Academy of Country Music Awards, also including a nod for Entertainer of the Year; four People’s Choice Awards; and three American Music Awards. In 1999, Parton was inducted as a member of the coveted Country Music Hall of Fame.

Last year, she released the Christmas album Holly Dolly Christmas which went #1 on the Billboard Country and Holiday charts, as well released the bestselling coffee table book “Songteller: My Life in Lyrics.”  This year she won an Emmy Award for Outstanding Television Movie for the film “Dolly Parton’s Christmas on the Square.”  To date, Parton has donated over 169 million books to children around the world with her Imagination Library. Her children’s book “Coat of Many Colors: was dedicated to the Library of Congress to honor the Imagination Library’s 100 millionth book donation. In March of 2022, Parton will release the book “Run Rose Run” which she co-authored with James Patterson, alongside an accompanying album of the same name with original songs inspired by the book.  Parton also released her own fragrance line this year called “Dolly: Scent From Above.”   From her “Coat of Many Colors” while working “9 to 5,” no dream is too big and no mountain too high for the country girl who turned the world into her stage.