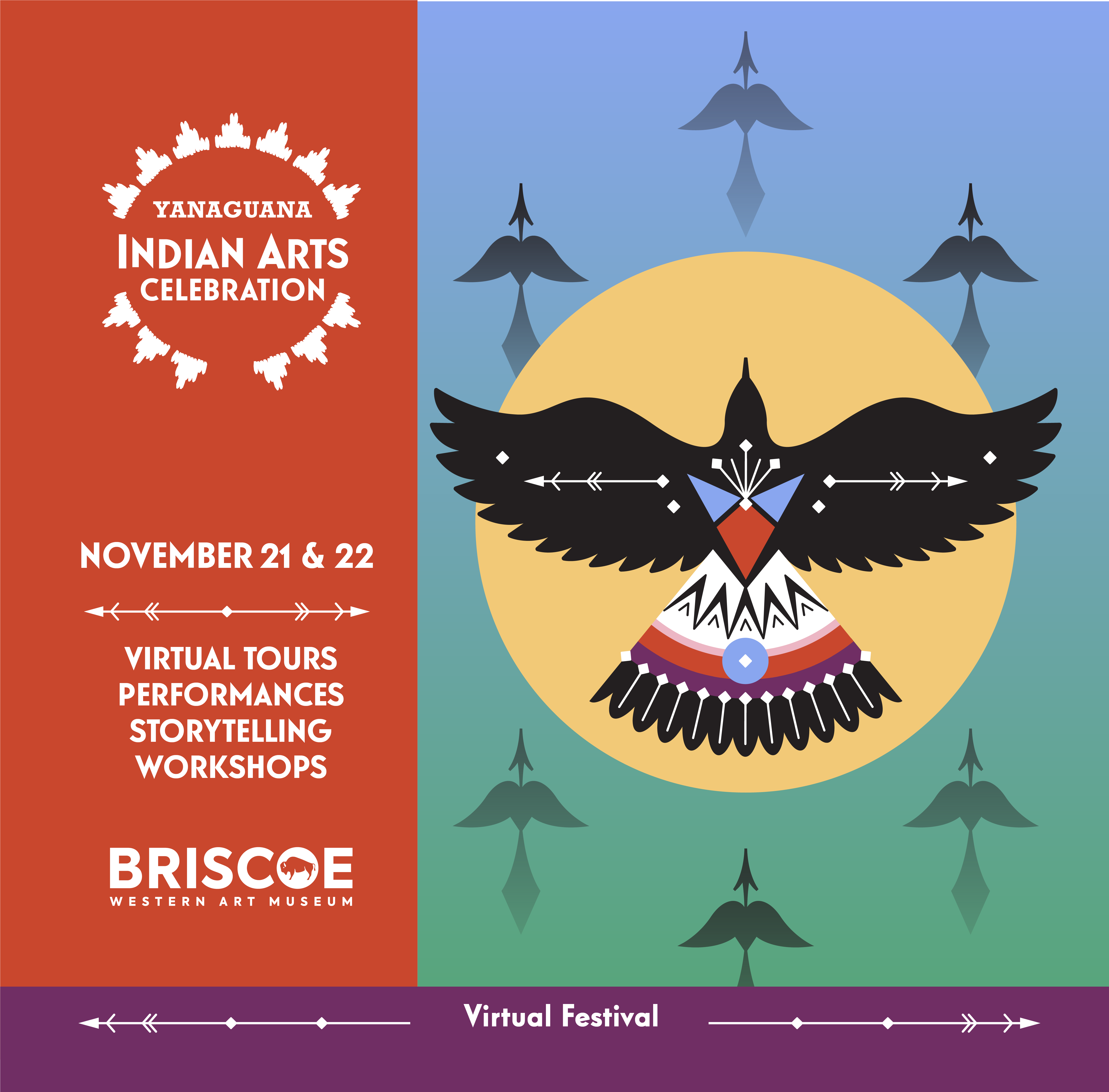 The annual event is named in honor of the Payaya people who were indigenous to the San Antonio area. “Yanaguana” was the word they used to describe what is now known as San Antonio River. The festival highlights Native Americans, a core pillar of Western Art and featured in the Briscoe’s permanent collection. The festival has been held annually since the museum opened, with 2020’s event taking place virtually.

“Native Americans are a key component of the American West and one of the pillars of Western Art. The Yanaguana Indian Arts Festival offers the opportunity to see, interact and celebrate with Native American artists and performers,” said Michael Duchemin, Ph.D., President and CEO of the Briscoe Western Art Museum. “The performances and art tell a story that’s compelling for all ages, making the event a true family affair.”

• An opening spiritual blessing by the American Indians in Texas at the Spanish Colonial Missions. Established by the Tap Pilam Coahuiltecan Nation, descendants of the aboriginal people who populated South Texas and Northeast Mexico the organization works for the preservation and protection of the culture and traditions of the Native American tribes and other indigenous people who resided in the Spanish colonial missions.

• Live music by Native American artists including flute players Tim Blueflint Ramel and Ryan Little Eagle. An enrolled member of the Bad River Band of the Lake Superior Chippewa, a federally recognized American Indian Tribe, Blueflint has opened for and shared the stage with Grammy Award Winner Mary Youngblood and a wide variety of artists. Hailing from the city of San Antonio, Texas, Ryan Little Eagle is of mixed Lakota/Taino and Latino heritage and is a multi-award winning international performer and musician.

• Stories from Amy Bluemel, a Chickasaw storyteller and the great-granddaughter of Eastman Kaney, an original Dawes Commission enrollee. Bluemel shares Chickasaw customs, and those of other southeastern tribes, through elaborate storytelling.

Festival visitors can also enjoy the museum’s permanent collection of Western art and artifacts, including exhibitions that highlight the stories of the American Indian, cowboys, pioneering women and others that define the West. The Briscoe’s fall exhibition spotlights vaqueros and the birthplace of the modern cowboy through almost 60 images from celebrated photographer Werner Segarra in Vaqueros de la Cruz del Diablo: Contemporary Photography of the Northern Mexican Cowboy. Making its United States debut at the Briscoe, the exhibition details the vaqueros’ profound influence on the American West. With almost 60 images that span more than 20 years of the lives of the vaqueros, Vaqueros de la Cruz del Diablo invites audiences to peer into the world of the Norteño Cowboys, not as a casual tourist, but as an intimate observer. The exhibition is open to the public through Jan. 24, 2022.