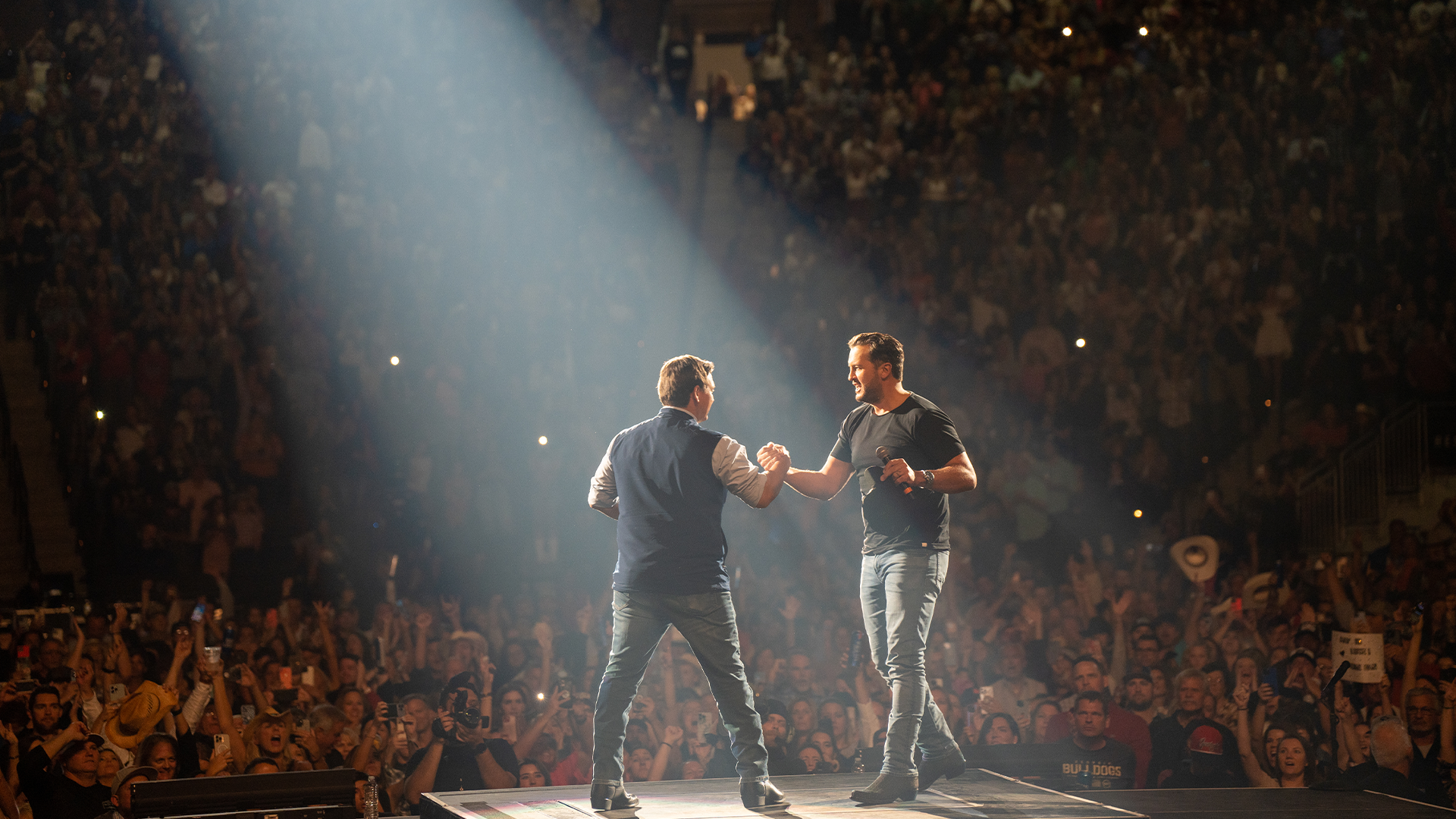 Nashville- October 29, 2022 – During his concert in Jacksonville, Florida last  night, country music superstar Luke Bryan announced he will donate proceeds from his upcoming Estero, Florida concert to the Florida Disaster Fund. Hurricane Ian pushed three of Luke’s “Raised Up Right Tour” dates to next weekend, Nov. 2 in Estero, Nov. 4 in West Palm Beach, and Nov. 5 in Tampa. Governor DeSantis joined Luke on stage for the pledge. To date, the fund has raised more than $50 million from corporate partners like Walmart, Publix, Home Depot, Amazon and more.

The fund is the State of Florida’s official private fund established to provide financial assistance to communities as they respond to and recover from times of emergency or disaster. In partnership with public, private, and other non-governmental organizations, the Florida Disaster Fund supports response and recovery activities. Donations to the Florida Disaster Fund are made to the Volunteer Florida Foundation, a 501(c)(3) charitable organization, and are tax-deductible.

These final three Florida shows will wrap the tour and will take Luke into preparations for the “56th Annual CMA Awards” where he will host with NFL superstar Peyton Manning. The show will air live from Nashville’s Bridgestone Arena 8:00-11:00 PM/EST on ABC.

Since his debut, Luke Bryan has garnered 29 No. 1 hits and has more RIAA certified digital singles than any other Country artist with 68.5 million. His worldwide global streams are over 18.9 billion and he has sold nearly 13 million albums. His headline concert tours have played sold-out shows for 12 million fans inclusive of 36 stadium concerts, Farm Tours, Spring Break shows, and seven sold-out ‘Crash My Playa’ destination concert events. Bryan has won over 50 major music awards including five wins as Entertainer of the Year. His third and most recent Entertainer win was awarded by the Academy of Country Music in 2021. Additional awards include six recognitions as a CMT Artist of the Year, NSAI Artist/Songwriter of the Year, the first-ever recipient of the ACM Album of the Decade Award for Crash My Party, seven CMT Music Awards, five Billboard Music Awards, and four American Music Awards—as well as being named Billboard’s Top Country Artist of the 2010s, the Most Heard Artist of the Decade by Country Aircheck, and the Artist Humanitarian Recipient by the Country Radio Broadcasters last year. On Nov.9, Luke and NFL superstar Peyton Manning will host “The 56th Annual CMA Awards” live from Nashville’s Bridgestone Arena 8:00-11:00 PM/EST on ABC. In 2023, Luke, Katy Perry and Lionel Richie are back for their sixth season as celebrity judges on ABC’s American Idol.