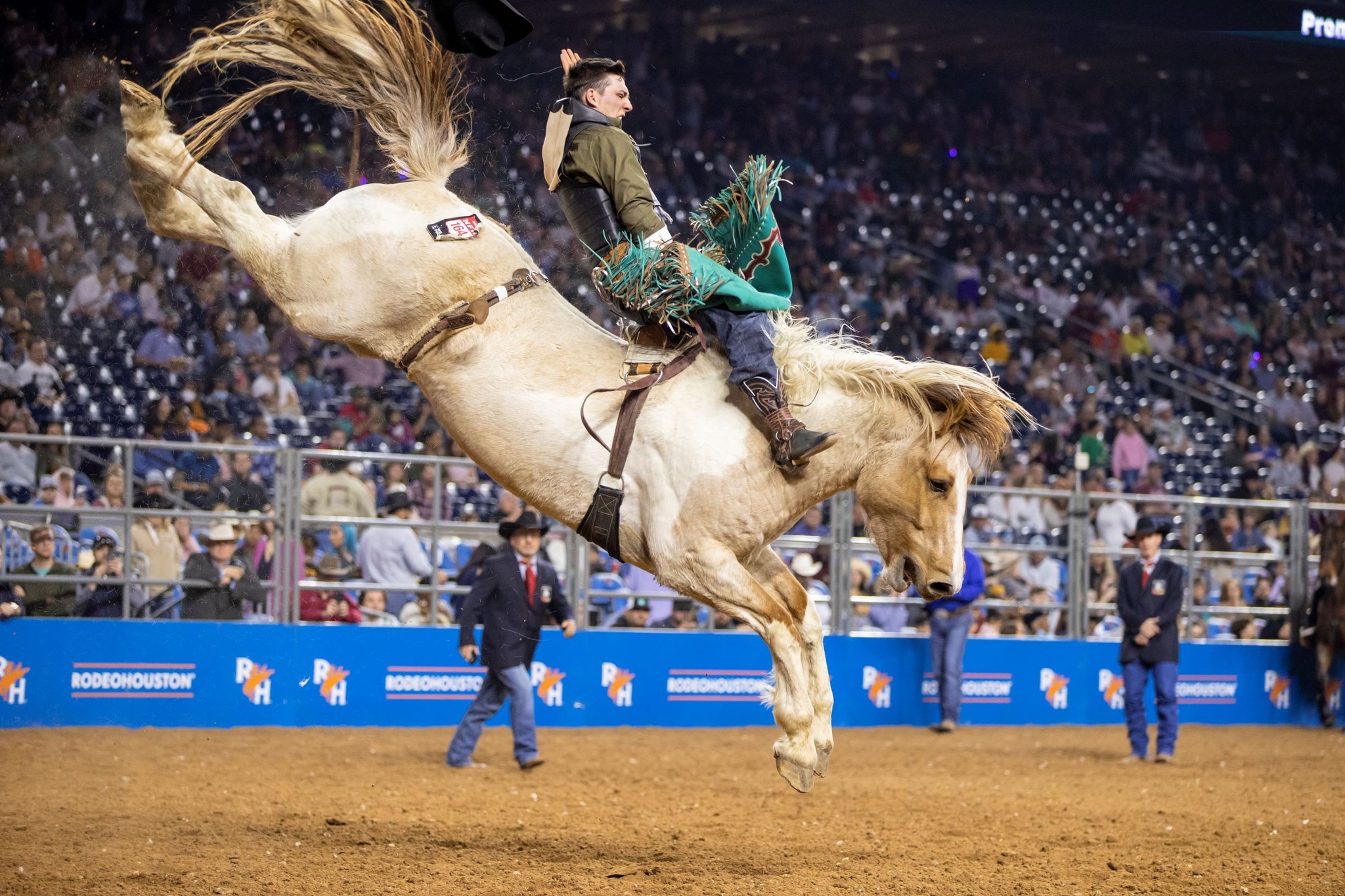 John Douch was a man on fire throughout RODEOHOUSTON, winning Super Series I and the 2022 RODEOHOUSTON Tie-Down Roping Champion.

“This has been a dream come true, Just to win first means so much to me.”

With a big ride for 89 points, Jesse Pope, came out on top in a tough four-man battle for the RODEOHOUSTON Championship title.

“This is a bucket-list rodeo, Moving Forward, I just will keep doing my job, one horse at a time.”

The duo of Clay Tryan and Jake Long roped a 6.4-second run to win the RODEOHOUSTON Championship in the team roping.

“It’s the biggest rodeo we get to go to all year besides the finals,”

“It’s the biggest rodeo we get to go to all year besides the finals,” said Tryan, who also won the RODEOHOUSTON Championship in 2016.

“Getting that first place spot in the Championship was huge and it let us go last in the shootout.”

Tryan’s partner, Jake Long said, “Getting that first place spot in the Championship was huge and it let us go last in the shootout.”

Sage Newman made the ride of his life, earning 93 points to win the Saddle Bronc Riding title.

“When I heard the whistle, I knew I had made a good ride,”

Hunter Cure has been around the sport of rodeo for years. For Cure, winning RODEOHOUSTON has been one of the most memorable experiences of his career as he made a blazing 4 second run.

“Slipping into the Shootout was not by design, Coming into my final ride, I knew I wanted to clean it up,”

World Champion Jordan Briggs kept the ball rolling in Houston by racing her way to a RODEOHOUSTON Championship.

“The more runs he makes, the better he gets.”

When referring to her amazing horse Rollo, Briggs said, “The more runs he makes, the better he gets.”

“This is super exciting, Women like to see women competing.”

“This is super exciting,” said Johnson. “Women like to see women competing.”

“There’s always a lot of nerves, and my dad was always calm, so that’s what I base my career off of,”

ABOUT THE HOUSTON LIVESTOCK SHOW AND RODEO:

The Houston Livestock Show and Rodeo promotes agriculture by hosting an annual, family-friendly experience that educates and entertains the public, supports Texas youth, showcases Western heritage and provides year-round educational support within the community. Since its beginning in 1932, the Rodeo has committed more than $550 million to the youth of Texas and education. For more information, visit rodeohouston.com and connect with #RODEOHOUSTON online via Facebook, Twitter, Instagram and YouTube for all the latest news.

PBR World Championship Race Intensifies as World No. 4 Kyler Oliver Wins Round 1 of Unleash The Beast Event in Kansas City