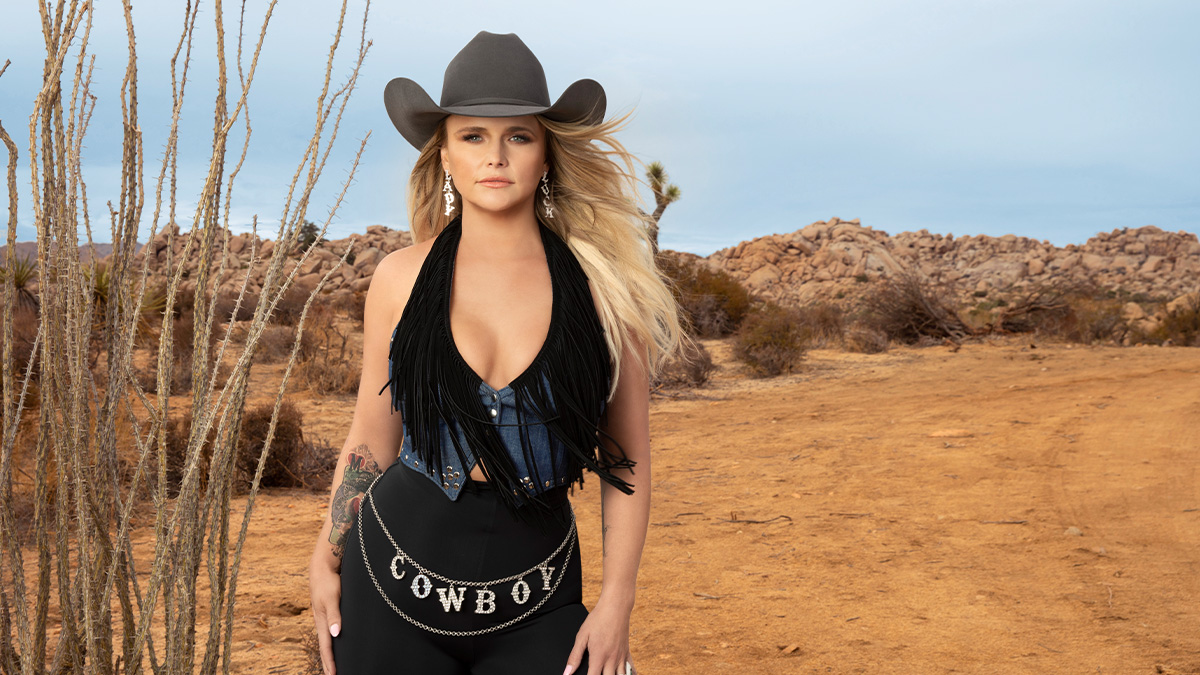 LAS VEGAS, March 30, 2022 /PRNewswire/ — On the heels of being crowned Entertainer of the Year at the recent Academy of Country Music Awards, where she holds the record as the most decorated artist in ACM history, Miranda Lambert will now celebrate the next chapter in her storied musical journey with a headlining Las Vegas residency. “Miranda Lambert: Velvet Rodeo The Las Vegas Residency” opens Friday, Sept. 23, 2022 for a run of 24 shows at Zappos Theater at Planet Hollywood Resort & Casino.

Designed exclusively for Zappos Theater and promoted by Live Nation and Caesars Entertainment, “Miranda Lambert: Velvet Rodeo The Las Vegas Residency,” will give fans an up close and personal opportunity to experience live performances of the numerous chart-topping songs and beloved album cuts from Lambert’s seven No. 1 albums as well as her forthcoming project, Palomino, set for release April 29.

“When you’ve been touring as long as I have, there’s something really creative about imagining a residency in a city like Las Vegas,” shares the woman celebrated by UPROXX as “the queen of modern country.” “I’ve had a lot of fun designing our sets, merchandise and clothing and boot lines – and even my place on Broadway in Nashville, Casa Rosa – so, this opportunity allows me to lean in a bit more into that side of myself and think about how to really bring country music to life in this room. I think everyone will like what we’ve dreamed up. I’m really excited about this!”

Tickets may be purchased online at ticketmaster.com/mirandavegas. All shows are scheduled to begin at 8 p.m.

In celebration of her just announced Las Vegas residency at Zappos Theater, iHeartMedia will present iHeartCountry LIVE with Miranda Lambert from Casa Rosa Nashville. Hosted by Amy Brown, the event will feature an intimate performance and exclusive interview that will stream on iHeartRadio’s YouTube and broadcast across iHeartMedia’s Mainstream Country radio stations on April 6 at 7 p.m. local time.

Additionally, Lambert, Live Nation Las Vegas and Caesars Entertainment have announced that $1 of every ticket purchased to “Miranda Lambert: Velvet Rodeo The Las Vegas Residency” at Planet Hollywood Resort & Casino will be donated to Lambert’s MuttNation Foundation, a 501c3 nonprofit that has raised over $6 million since its inception in 2009. The Foundation’s mission is to promote the adoption of rescue pets, support animal shelters across the country, advance spay & neuter and assist with the transport of animals during times of natural disaster. For more information, visit www.muttnation.com.

Set for release April 29, Palomino, the eighth studio album from Vanner Records/RCA Nashville superstar Miranda Lambert, is the latest installment in a storied career that has spanned seven consecutive No. 1 albums, seven No. 1 hit radio singles, more than 70 prestigious awards and countless sales certifications, earning the reigning ACM Entertainer of the Year praise from NPR as “the most riveting country star of her generation.”

Following 2019’s critically acclaimed release of her seventh consecutive No. 1 album, Wildcard, the Texas native ushered in her next musical era with the recent release of current Top 15-and-climbing single “If I Was a Cowboy,” while also adding her voice to Netflix’s new season of Queer Eye with inclusive anthem “Y’all Means All.” She is set to hit the road on The Bandwagon Tour with Little Big Town this spring.

In addition to Wildcard, the celebrated singer/songwriter’s lauded discography includes The Weight of These Wings (2016), Platinum (2014), Four The Record (2011), Revolution (2009), Crazy Ex-Girlfriend (2007) and Kerosene (2005). In addition, she has released three albums with her trio, the Pistol Annies, as well as 2021’s The Marfa Tapes, a critically acclaimed, raw and intimate recording with collaborators Jack Ingram and Jon Randall.

The most decorated artist in the history of the Academy of Country Music, Lambert has earned 37 ACM Awards (including the current ACM Entertainer of the Year title and a record-setting nine consecutive Female Artist of the Year Awards), 14 CMA Awards, three GRAMMY Awards, the Nashville Symphony Harmony Award, ACM Gene Weed Milestone Award and ACM Song of the Decade Award, plus was named 2019’s RIAA Artist of the Year. She is the youngest artist ever to serve as the Country Music Hall of Fame & Museum’s Artist in Residence, joining a legendary list of predecessors including Kris Kristofferson, Guy Clark, Tom T. Hall, Jerry Douglas and more.

Her clothing and cowboy boot collection, Idyllwind, is a private-label brand sold at all Boot Barn stores nationwide. For more information, visit www.idyllwind.com.

Planet Hollywood Resort & Casino is the centerpiece of the famed Las Vegas Strip, with 2,500 beautifully redesigned guest rooms and suites showcasing some of the best views in town, along with endless options of unparalleled shopping, distinguished dining, popular entertainment and a bustling nightlife. A bright, bold addition to the resort’s portfolio, the Ultra Hip Rooms feature contemporary elegance and luxury bedding. Known as the place to play for its roster of A-list celebrity guests, Planet Hollywood’s 231 restyled suites feature stunning views of the glittering skyline and daring décor elements such as suspended sofas, lounge-style living spaces and oversized modern artwork. The resort encompasses more than 100,000 square feet of gaming, Caesars Sportsbook at Planet Hollywood, The Scene Pool Deck, several lounges, an intimate wedding chapel, and a relaxing spa and salon. Impressive restaurants include Gordon Ramsay Burger, KOI, Strip House and more. Home to the first pop music residency in Las Vegas, Zappos Theater is one of the largest theaters on the Vegas Strip and showcases a variety of resident headliners including superstars like John Legend, Doobie Brothers, Scorpions and Shania Twain. Magician Criss Angel performs an over-the-top visual spectacular of “Criss Angel MINDFREAK®” in the Criss Angel Theater. Additionally, Angel along with visionary creator Franco Dragone have teamed up to create AMYSTIKA – The Mindfreak Prequel, a fantastical and mysterious production which immerses the audience in a spectacle of euphoric, stunning illusions, one-of-a-kind special effects, jaw-dropping stunts and much more, beginning performances April 2. The property is encircled by Miracle Mile Shops with more than 170 specialty stores and restaurants. Planet Hollywood Resort & Casino is operated by a subsidiary of Caesars Entertainment, Inc. (NASDAQ: CZR). For more information, please visit planethollywoodresort.com or the Caesars Entertainment Las Vegas media room. Find Planet Hollywood Resort & Casino on Facebook and follow on Twitter and Instagram. Must be 21 or older to gamble. Know When To Stop Before You Start.® If you or someone you know has a gambling problem, crisis counseling and referral services can be accessed by calling 1-800-522-4700 ©2021, Caesars License Company, LLC.