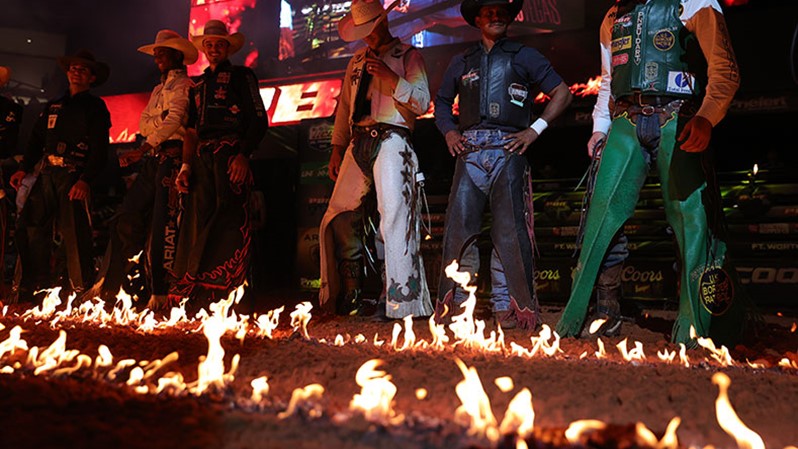 FORT WORTH, Texas (March 7, 2022) – Ahead of the first-ever PBR (Professional Bull Riders) World Finals in Fort Worth, Texas, May 13-22, the PBR today announced the plethora of free-to-attend events that will accompany bull riding’s most prestigious event and bring the Lone Star State an unprecedented, two-week Western lifestyle festival.

The 2022 PBR World Finals will buck into Fort Worth on May 13-22 at Dickies Arena. The opening rounds of competition will be held May 13-15, with the action coming to a climactic end May 19-22 when the 2022 PBR World Champion will be crowned, earning the coveted gold buckle and accompanying $1 million bonus.

Among the family-friendly, action-packed lineup of programming, PBR will launch the newly created PBR Cowboy Experience and Expo, bringing the sport’s history and Western way of living to life like never before via interactive exhibits and more, and the PBR Parade of Champions, a weekend-launch celebration held May 14 and 21 to kickstart festivities, along with again hosting the Chris Shivers’ MBR (Miniature Bull Riders) World Finals, landmark ABBI (American Bucking Bull Inc.) events, Flint Rasmussen’s Outside The Barrel talk show, Tractor Supply Co. PBR World Finals Pre-Show Tapings, and more.

Additionally, fans will have the opportunity to attend the newly announced ticketed events at Cowtown Coliseum, including the 2022 WRCA (World Champions Rodeo Alliance) Women’s Rodeo World Championship, and the late-night entertainment antics of Bulls Gone Wild.

All of the programming will surround the PBR’s crown jewel – the Unleash The Beast World Finals, held from May 13-15 and 19-22. Previously available in weekend and travel packages only, fans can now purchase single-day tickets so as not to miss a moment of the action inside Dickies Arena that will crown the 2022 PBR World Champion.

More on all the events:

The complete schedule, including previously announced events, is:

Weekend and travel packages, and spots in the RIDIN’ RANK RV Park are still available. Weekend and travel packages can be purchased at PBR.com or Ticketmaster.com, or by calling PBR customer service at 1-800-732-1727.  For more information on the RIDIN’ RANK RV Park, including pricing, fans can call Matt Walsh at (508) 813-6446 or e-mail [email protected].