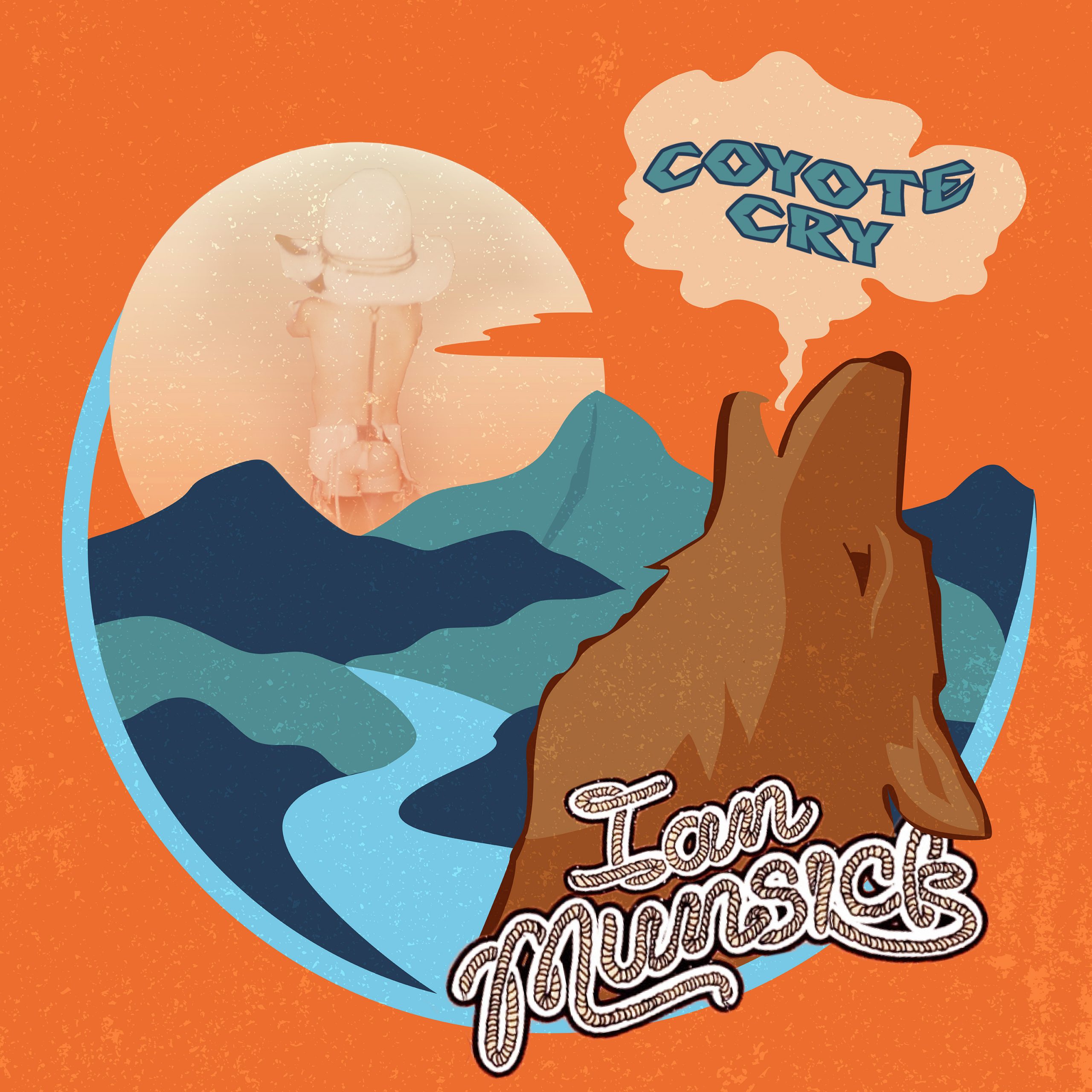 Warner Music Nashville recording artist and Rocky Mountain troubadour Ian Munsick is calling fans new and old to hear that Coyote Cry on his western-laced debut album, due February 26 and available now to pre-save (HERE). The project comes fully formed and rich with identity only five months after signing his first major label deal. Co-produced by Munsick, Coyote Cry features 10 tracks including “Long Haul” (listen HERE) and “Me Against The Mountain” (listen HERE). He celebrates the album’s announcement today with the release of rollicking new track “Humble” (listen HERE).

“Coyote Cry is a soundtrack for the modern western lifestyle,”

“Coyote Cry is a soundtrack for the modern western lifestyle,” Munsick said. “A firm handshake between cowboy and hippy, traditional and contemporary and everything in between. It’s the life I’ve lived so far and the lessons I’ve learned along the way. No matter who you are, I think you’ll find a piece of yourself in there and maybe even lose yourself to the howling in the hills.”

Munsick has spent the last half decade honing his craft in Nashville, blending his Rocky Mountain sound with progressive elements and new-school production. Geared up to bring western back into country, he has already tallied 30 million streams and been honored with the 2018 iHeartRadio’s Rocky Mountain Song of the Year. He has earned recent praise for his “distinctive voice” (Billboard) and “riveting” (Rolling Stone) tenor.

As he readies for album release, Munsick looks to welcome fans into his official fan club; The Heard, aptly titled for the ranch-bred musician, launches today. Fans who run with The Heard will receive access to exclusive merch, advance music and more. Join for free by visiting IanMunsick.com.

“Cowboys have always been the people I’ve looked up to most and aspired to be like. I don’t mean the cattle rustling, heart-thieving, Hollywood kind, I mean the first one to work, give the shirt of his back, Chris Ledoux kind.”

Said the Wyoming-born singer / songwriter: “Cowboys have always been the people I’ve looked up to most and aspired to be like. I don’t mean the cattle rustling, heart-thieving, Hollywood kind. I mean the first one to work, give the shirt off his back, Chris Ledoux kind. The kind you want as your neighbor. The kind I think of when I hear the word Cowboy. Humble. Thanks for running with The Heard.”

Breathing fresh Rocky Mountain air into the Nashville music scene, Ian Munsick is pioneering a new brand of country. The Wyoming-born singer / songwriter’s upbringing was a mix of working the ranch and working crowds. Under the tutelage of their fiddle-playing father, Munsick and his two older brothers grew up playing everything from bluegrass to The Beatles. Incorporating elements across genres, he has now begun to establish himself as a progressive artist with an old soul. Captivated by traditional lyrical truth and the modern soundscape, Munsick followed his ear to Music City.

In 2017 he released a self-titled EP, winning iHeartRadio’s Rocky Mountain Song of the Year for the rootsy “Horses Are Faster” and becoming the only artist who simultaneously qualified two tracks as finalists in the NSAI/CMT songwriting competition. Since then, Munsick has signed a major label record deal with Warner Music Nashville, earned more than 100 million global streams and been named one of Spotify’s inaugural Hot Country Artists to Watch. His debut album Coyote Cry features his mile-high tenor underscoring self-penned songs that conjure equal parts epic adventure and down-to-earth wisdom. The record marks the dawn of western pop-laced country, pulling a thread straight from Chris LeDoux through Post Malone. Munsick hit the road in the fall alongside labelmate Cody Johnson and his own sold-out, headlining dates. He wrapped the year with his Grand Ole Opry debut and is starting 2022 strong as a MusicRow Next Big Thing artist. Fans are finding that with Ian Munsick, western country is reborn.

Warner Music Nashville was created in 2009 under the leadership of Chairman & CEO John Esposito. It continues to champion Warner Music Group’s presence in the Nashville music community its family of labels have called home for more than 60 years.

Esposito’s dedication to innovation and artist development has allowed WMN to make history time and again, with over 65 No. 1 singles from artists spending more than 16 months at the top of the charts. This success has resulted in a quadruple increase in market share over the past decade, with the roster receiving multiple awards and nominations from the Academy of Country Music Awards, American Music Awards, Billboard Music Awards, Country Music Association Awards, GRAMMY Awards and more in a full range of categories, from New Artist to Entertainer of the Year.

Country Renegade Payton Howie Shows Heart in “Country Before Me”