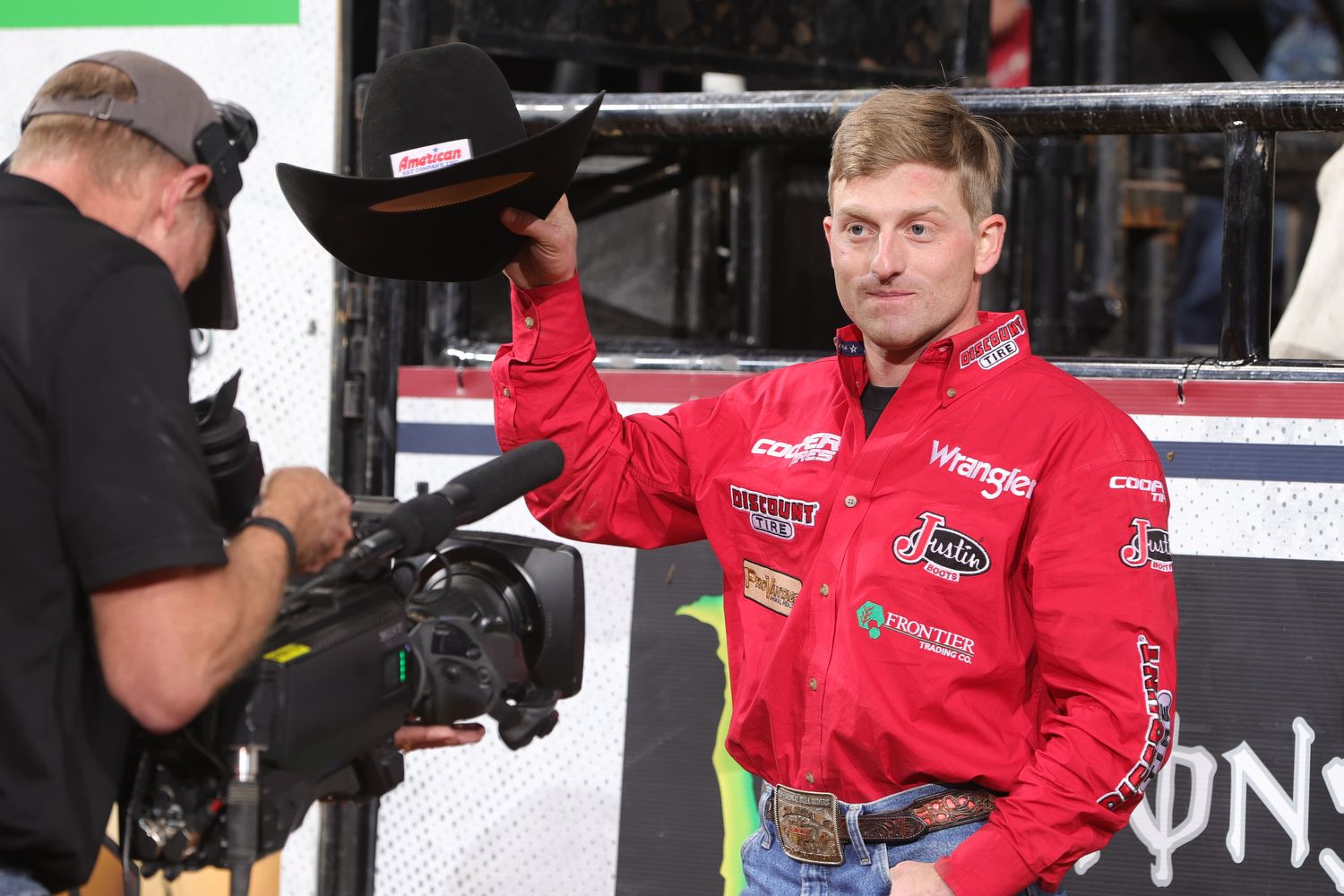 DULUTH, Ga. – As the PBR (Professional Bull Riders) welcomed fans back to Gas South Arena in Duluth, Georgia, for the first time in three years, the was no rider more dominant Saturday evening than Brennon Eldred (Sulphur, Oklahoma). Delivering his first 90-point ride in more than 16 months, Eldred won Round 1 of the elite Unleash The Beast event, surging to an early lead at the PBR Gwinnett Invitational.

“The guys showed up to ride tonight,”

“The guys showed up to ride tonight,” Eldred said atop the Can-Am Cage. “We’ll keep runnin’ them in, do what we did tonight, and let the chips fall where they may.”

PBR’s most recent event in Duluth in March 2020 was unintentionally memorable. Following the onset of mass gathering restrictions for the COVID-19 (coronavirus) pandemic, the Unleash The Beast event was held without fans, marking the first made-for-television live sporting event safety held during the global health crisis. With a total shutdown only days away, PBR’s Duluth event was the last major sporting event in North America until PBR wrote new safety protocols and came back 41 days later with closed-to-fans events in Oklahoma.

Making his 2022 debut, Eldred faced off against Gangster Bones (Rickey West/Steve Freeman/2R Bucking Bulls) in the opening round of action in the Peach State. Eldred matched the striking animal athlete jump-for-jump en route to a monstrous 90.75-point score for the second 90-point ride of his career. He last exceeded the threshold in September 2020.

Eldred’s ride netted him 29 world points, propelling him from unranked to No. 38 in the world.

Vieira, who is now 8-for-8 in 2022, covered Havoc (Lucas Manning Bucking Bulls) for 88.75 points as he last man to erupt from the chutes. He left Gas South Arena with 15 world points and is now 23 points ahead of the No. 2 contender, Kyler Oliver (Roy, Utah).

Should Vieira earn his first gold buckle at season’s end, he would become the oldest PBR World Champion in history. Currently 37, Vieira would surpass Adriano Moraes (Cachoeira Paulista, Brazil), who won his third title in 2006 at age 36.

While Vieira remained world No. 1, surging young gun Oliver lessened his lead by one point after finishing fourth in Round 1.

The resurgent 22-year-old is amidst a career-best start to a season, mounting an impressive comeback after reconstructive shoulder surgery sidelined him for nearly all of 2021.

The opening round of the PBR Gwinnett Invitational also featured the return of two-time reigning PBR World Champion Jose Vitor Leme (Ribas do Rio Pardo, Brazil), who missed the first three events of the year as he continued to rehab a core muscle injury sustained in 2021.

Leme’s 12-out ride streak, however, came to an abrupt end when he was bested by Blue Duck (Davis Rodeo Ranch) in 3.92 seconds. During his buckoff, Leme was thrown high into the air, bouncing off the back of Blue Duck before he hit the dirt. As a result, Leme dislocated the small joint of his right thumb, but he is expected to return for Round 2 Sunday afternoon.

Action for the 2022 PBR Gwinnett Invitational will conclude with Round 2 and the championship round on Sunday, January 23. Action gets underway at 1:45 p.m. EST.

PBR RidePass on PlutoTV will offer re-airs and on-demand replays of every PBR Unleash The Beast event. PBR RidePass is available on desktops, laptops and mobile devices via www.pluto.tv. Tune to channel 720 for the latest programming schedule, and click here for on-demand PBR programming.