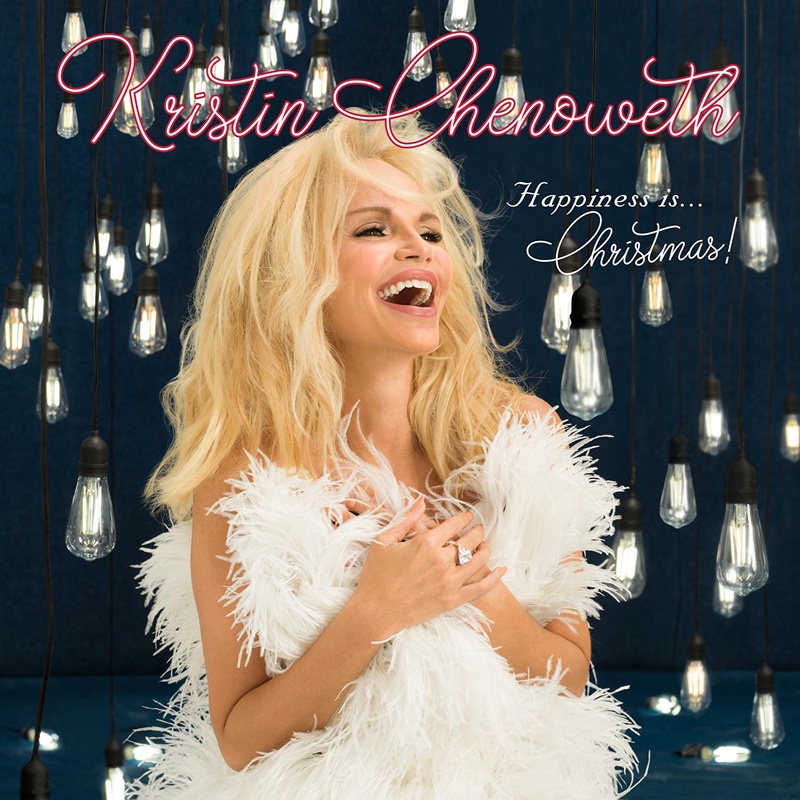 “The inspiration for this album was light. Light at the end of the tunnel.  It’s been a difficult time for all.  With the cover and some of the songs, light is a big theme.  I wanted to make a Christmas album for everybody.  I wanted songs on the album that people can enjoy, that make them smile.  It’s a fun record, yet intimate — just like Christmas with my family.”

The album kicks off with a buoyant medley of “Happiness (Is Christmas)”/“Christmas Time Is Here” (with new lyrics by Landers and Charlie Midnight), an affectionate nod to Chenoweth’s star-making, Tony-winning turn as Sally Brown in the 1999 Broadway production of You’re a Good Man, Charlie Brown.

Other highlights include a jaunty jazz arrangement of “Have Yourself a Merry Little Christmas,” a wistful reading of the Carpenters’ poignant “Merry Christmas, Darling,” and a soaring performance of Stephen Schwartz’s Chanukah song “We Are Lights,” while “Why Couldn’t It Be Christmas Every Day?” tips its hat to the classic harmonies of the Beach Boys.

5x GRAMMY-winning singer and musician Keb’ Mo’ joins Chenoweth for a bluesy, sultry duet on “Merry Christmas, Baby,” and Chenoweth’s playful wit takes center stage on “Santa, I’ve Got a Bone to Pick With You” and a swinging mashup of “(Everybody’s Waitin’ For)  The Man with the Bag” and “Jingle Bell Rock.”

The album closes on a hopeful note, with a stirring rendition of Peggy Lee’s “My Dear Acquaintance (A Happy New Year).”

Chenoweth reflects, “One of my favorite Dolly Parton quotes is ‘You can’t have the rainbow without the rain.’” Smiling, she says, “I’m ready for all the colors.”

Dillon Carmichael’s Independent Label Release “Son Of A” Debuts as No.1