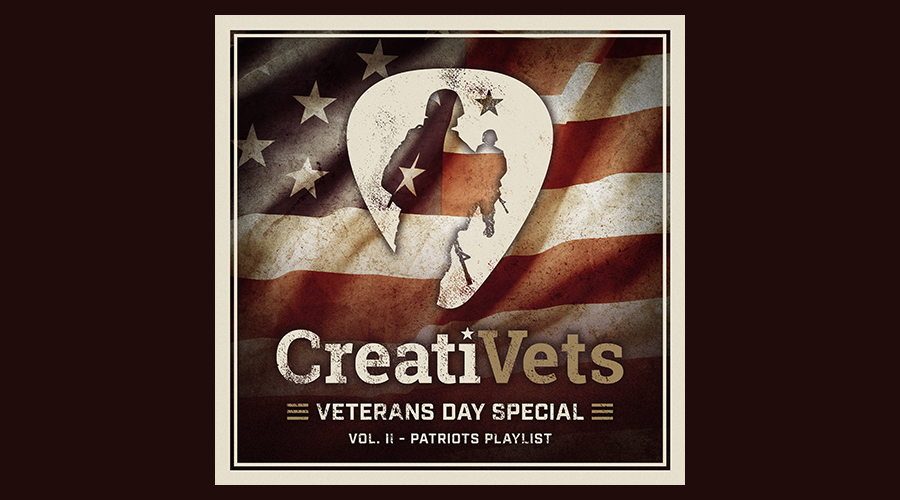 NASHVILLE, TN (November 8, 2021) – Since its founding in 2013, Nashville-based nonprofit CreatiVets has helped over 800 wounded veterans through its innovative approach to therapy, which uses music and visual art creation as a way to cope with service-related trauma.

In honor of our nation’s finest, the organization is bringing their mission to the masses, lining up a jam-packed week of celebration around Veterans Day — including a national TV segment with Carson Daly on The TODAY Show (11/11), the premiere of a 5-episode series dedicated to their programs on Fox Nation (11/11), a halftime surprise at the Tennessee Titans’ game (11/14), and multiple events around Music City.

CreatiVets on the TODAY Show:
On Thursday (11/11), CreatiVets will ring in Veterans Day with a special segment on theTODAY Show. Hosted by Carson Daly, it will highlight one of CreatiVets’ lauded songwriting programs, which pair combat veterans with accomplished songwriters and music artists in Nashville, giving them the opportunity to craft a song about what they experienced during their time serving our nation.

Giving an inside look into how the programs unfold, the segment will chronicle a recent writing session with Marine Veteran Lloyd Howard Jr., as he crafts a song alongside Country music hitmaker Justin Moore and award-winning songwriter Casey Beathard backstage at the Grand Ole Opry.

WHAT: CreatiVets on the TODAY Show
WHEN: Thursday, Nov. 11
WHERE TO WATCH: *Check local NBC listings*

Available to stream on the Fox Nation app, each episode follows a different veteran’s journey in the program, documenting the process from start to finish and diving even deeper into just how influential the experience can be for these service members.

Fans won’t have to wait to hear the music created during each episode of the series, thanks to the release of CreatiVets’ second annual VETERANS DAY SPECIAL EP, out NOW via Big Machine Records. The new project features all five veteran-written tunes performed by Country music favorites Craig Morgan, Granger Smith, Love & Theft and more.