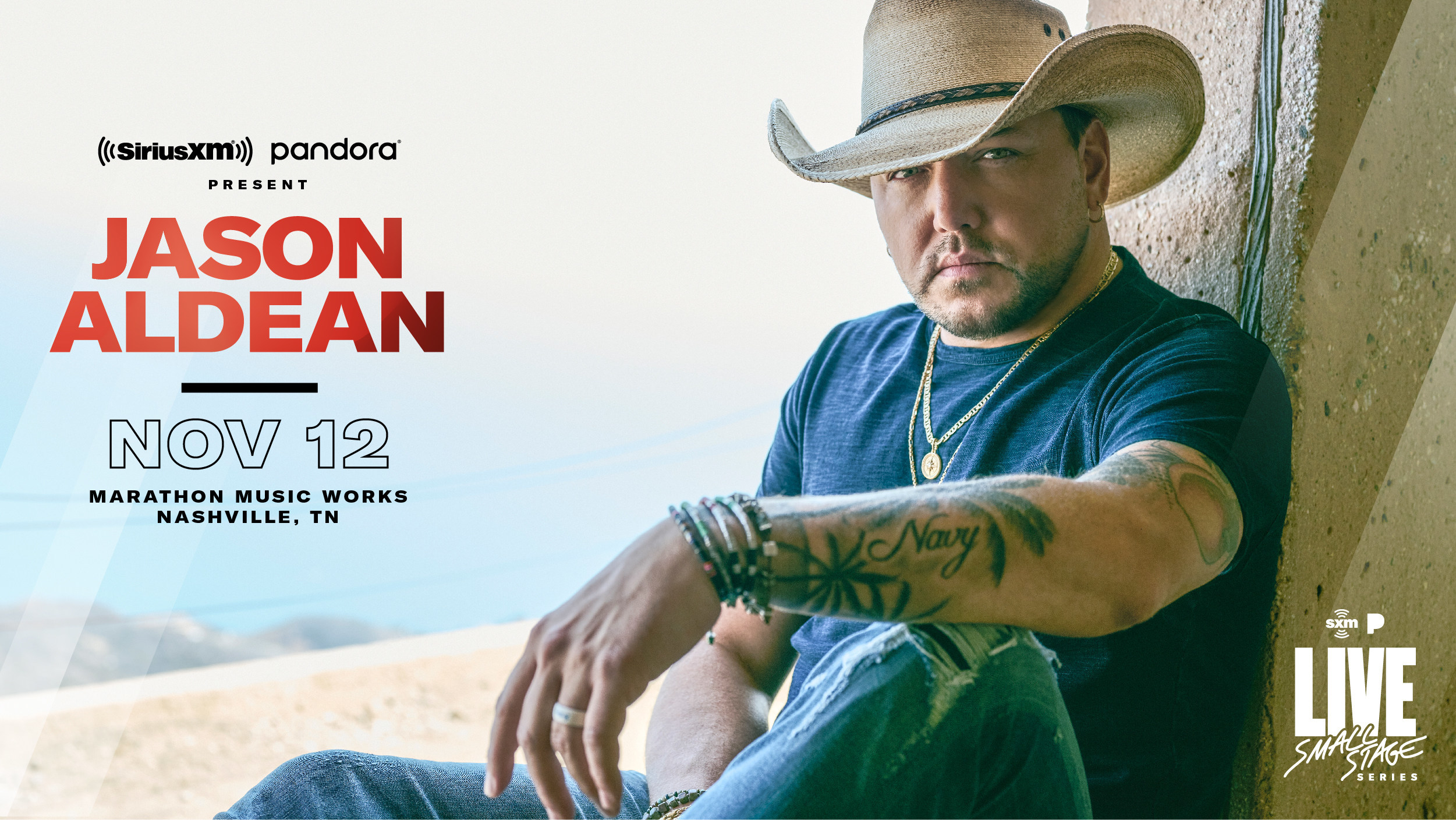 SiriusXM’s Storme Warren from The Highway (ch. 56) will host the event and The Highway will broadcast Aldean’s performance live the same night at 8:00 pm CT. The same day, new tracks for MACON, Aldean’s 10th studio album will be released and can be expected to be part of the evening’s celebration.

Jason Aldean is the #1 most-streamed country artist of all time on Pandora with over 11 billion lifetime streams. He’s also a three-time ACM Entertainer of the Year, ACM Artist of the Decade and has the most Top 10 songs on Billboard’s Hot Country Songs chart, more than any other artist since making his chart debut in 2005.

Country singer/songwriter John Morgan, who is currently on the Back In The Saddle Tour with Aldean will open the show.

To maintain the highest public health standards and/or requirements, SiriusXM and Pandora will adhere to health and safety protocols in accordance with the Centers for Disease Control and Prevention (CDC), the venue, and all state and local health mandates to protect attendees, staff, and artists. Proof of vaccination or negative COVID test within 48 hours required to attend.

Pandora, a subsidiary of SiriusXM, is the largest ad-supported audio entertainment streaming service in the U.S.  Pandora provides consumers a uniquely-personalized music and podcast listening experience with its proprietary Music Genome Project® and Podcast Genome Project® technology.  Pandora is also the leading digital audio advertising platform in the U.S. Through its own Pandora service, its AdsWizz platform, and third party services, such as SoundCloud, the Company connects brands to the largest ad-supported streaming audio marketplace in the country. Pandora is available through its mobile app, the web, and integrations with more than 2,000 connected products.

“The Harder They Fall” An Epic Showdown Between Good And Evil