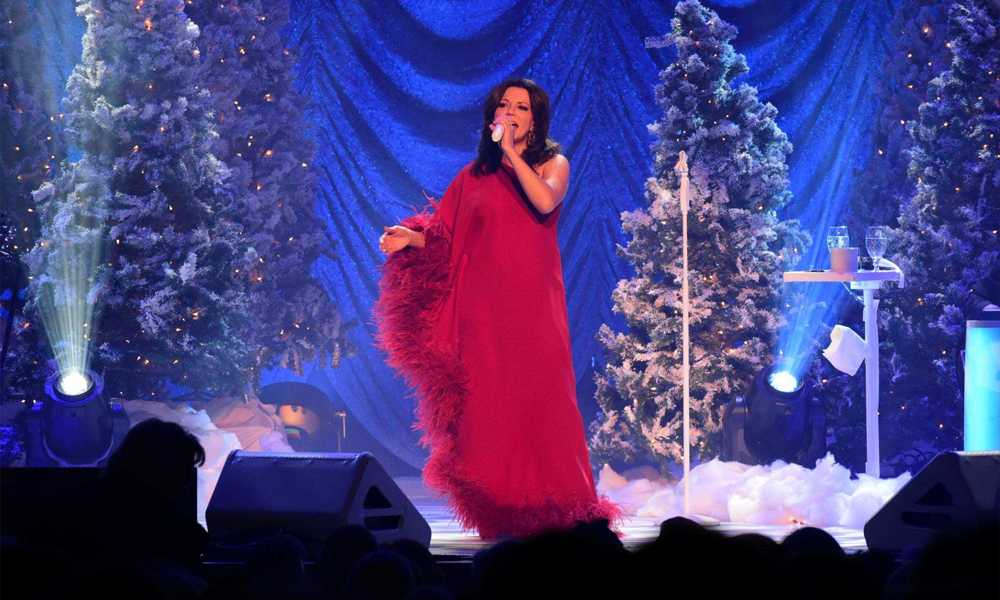 (December 14, 2022 – Nashville, TN) One of Country music’s most iconic performers, Martina McBride, will be wrapping her 12th Annual “The Joy of Christmas Tour” this weekend in Fayetteville, AR on December 18th. Continuing with a favored tradition of fans and of Martina herself, the tour has brought the enchantment and warmth of the holiday season to fans with performances of all-time favorite classic tunes.

Earlier this year, it was announced that the Country Music Hall of Fame’s exhibit, Martina McBride: The Power of Her Voice, has been extended to be on display until July 2023. The collection, which was unveiled in the summer of 2021, explores the music and legacy of the influential vocalist, tracing her journey from performing in her family’s band as a child to becoming a chart-topping, award-winning, perspective-shifting Country music artist.

Tickets to see Martina McBride: The Power of Her Voice are available here.

Martina McBride is a multiple GRAMMY-nominated country singer, whose vocals have kept her at the top of the charts garnering six No. 1 hits and 20 Top 10 singles. Selling more than 18 million albums to date, she has earned 14 Gold, 9 Platinum, 3 Double Platinum and 2 Triple Platinum certifications. She has been honored with more than 15 major music awards, including four wins from the Country Music Association and three Academy of Country Music Awards for Female Vocalist of the Year.

In addition to her iconic music career, Martina continues building her lifestyle brand having released two cookbooks, “Martina’s Kitchen Mix: My Recipe Playlist for Real Life” (2018) and “Around the Table: Recipes and Inspiration for Gatherings Throughout the Year” (2014).  She recently wrapped the first season of “Vocal Point with Martina McBride”, her weekly podcast that featured Garth Brooks, Loretta Lynn, Little Big Town, Lukas Nelson, Emmylou Harris, Blake Shelton and many more.  Earlier this year she announced her “Livin’ Life Up Tour” with support from up-and-coming female artists Hannah Ellis, Hailey Whitters, Kalie Shorr and Sarah Allison Turner, and is planning her 10th annual “The Joy of Christmas Tour”.  Through her Team Music Is Love initiative, Martina has launched a series of fundraising and volunteer projects to support hunger relief, cancer research, domestic violence and helping women, children and families in need.

Related Topics:Country Music Hall Of Fame ExhibitFayettevilleFeaturedMartina McBride: The Power Of Her Voice
Up Next