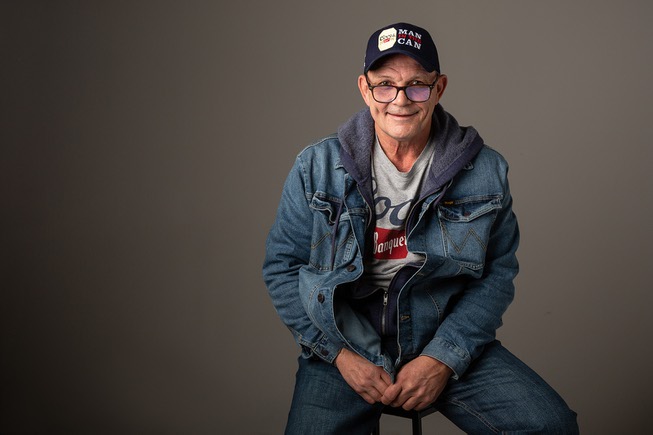 “I went to the valet, got in my vehicle and drove to Jack in the Box,” Reeves said Friday, a little over 48 hours since he won the biggest jackpot of his life.

“I ordered four tacos and a milkshake for $7 from the drive-thru. I went back to my room, ate all that, then took a nap,” he said.

Reeves, a former rodeo clown who now runs his own transportation and private security business, said he badly needed that nap. He was up all Wednesday night gambling, he said.

Reeves won the jackpot after hitting a royal flush at the newly branded Horseshoe, formerly Bally’s. After taxes, he left with just under $400,000 in cash.

Originally from Texas, Reeves lives in Colorado. He said he worked as a rodeo clown from 1988 until 2015.

He was in Las Vegas for some work associated with the Wrangler National Finals Rodeo this month.

“That was by far the biggest jackpot I’ve ever won,” Reeves said. “When (the dealer) flipped up the ace of hearts, I knew I had a royal flush. I was fist-bumping and high-fiving people.”

He was so excited, Reeves said, he let out a string of expletives before a pit boss had to tell him to calm down, he said.

“He came over to tell me to cut down on the curse words,” Reeves said. “I said, ‘What are you going to do, kick me out? I just won a half-million dollars.’ He started laughing and told me to just calm it down a little.”

Reeves said the process of settling up took about an hour.

“I’m going to stay working; I won’t retire,” Reeves said. “It’s a nice jackpot, but it’s not going to change my life.”

GIDDY UP TO GUTHRIE FOR THE BIGGEST, BOLDEST RODEO ACTION! 53RD INTERNATIONAL FINALS RODEO TO BE HELD JANUARY 12-15 AT LAZY E ARENA IN GUTHRIE COMPETITORS VIE FOR MORE THAN $300,000 IN CASH PLUS PRIZES