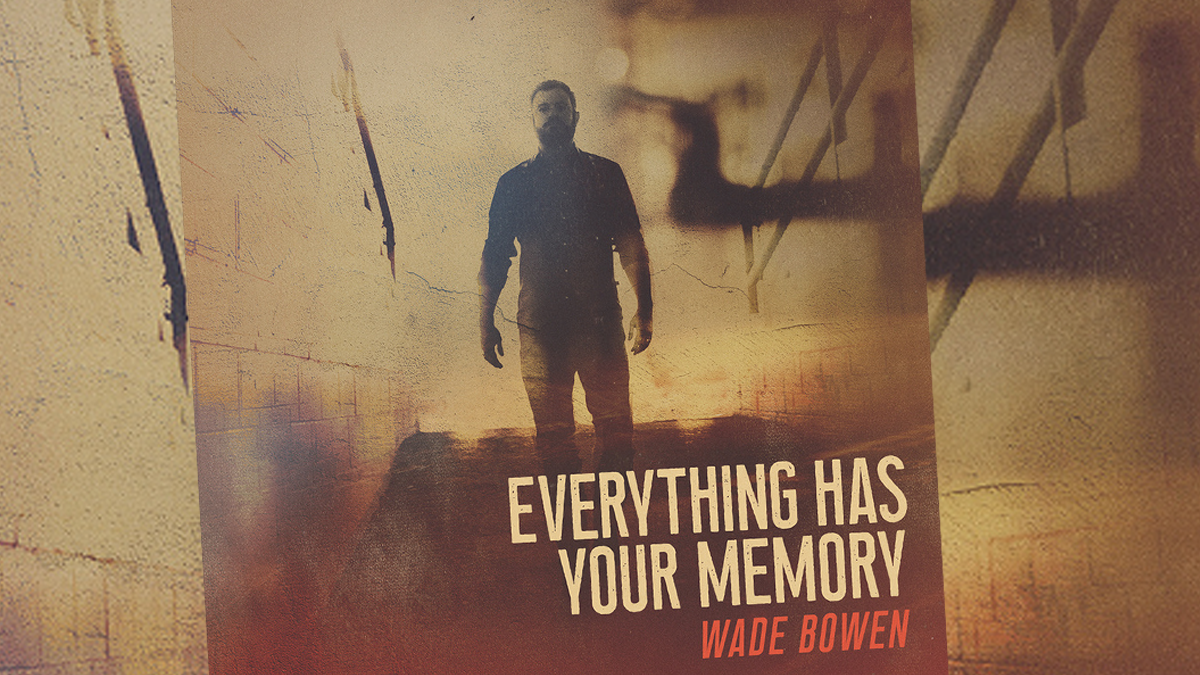 NASHVILLE, Tenn. – A dozen albums already show Wade Bowen’s musical evolution – including six studio sets, two live collections, a gospel album and an ongoing series of buddy-country hits with fellow Texan Randy Rogers – and yet he continues to prove that his music can’t be constrained by the state line with today’s announcement of his highly anticipated full-length album, Somewhere Between The Secret And The Truth, set for August 12 release via Thirty Tigers. Working with Warner Chappell Music to write and record on retreats to the remote landscape of Texas as well as in Nashville studios, Bowen’s lead single, “Everything Has Your Memory,” is available everywhere now. Listen HERE and pre-order/pre-save the album HERE.

“I went through a big writer’s drought; kind of just being shell shocked from everything, not knowing how to handle it, and then finally came out of that and just had this flood of just wanting to write,” reflects Bowen, who served not only as a cowriter on all 12 songs, but also as a solo producer for the first time in his career. “This reset button really rejuvenated my passion for my entire career, all the way across the board.

“I was trying to find where I fit musically again,” he continues. “I’ve been doing this so long that I feel like I got off track from where I felt I fit – I was all over the place with my songwriting and my career. Ironically enough, COVID really gave me a chance to just turn my brain off a little bit and stop thinking. When I came out on the other side, I really found not only a renewed sense of my music and wanting to get out and play again, but I found a renewed sense of self. I found who I wanted to be as a writer, as a singer, as an artist.”

The resulting project follows his recent six-song EP Where Phones Don’t Work, praised by American Songwriter as “a collection of heartfelt tunes and honest recollections” with lead single “When Love Comes Around” celebrated by Billboard for “[retaining] a newcomer’s energetic fervor, melded with his signature blend of sounds from across the wide spectrum of Texas Music” and honored by MusicRow with a “DISClaimer” Award, noting that the “perennially popular… honky-tonker can always be counted on for country excellence.” MusicRow repeated the honor for follow up “Phones Don’t Work,” describing the track as “a perfect performance.”

Now, with lead single “Everything Has Your Memory,” Bowen offers fans a glimpse at what’s to come with the full-length project this August and reflects his desire to create a project to truly supplement his live set list.

“I love when you finish a song and you feel like, ‘okay, this one is for sure going to make the record,’” he notes. “This one is so melody driven; it’s just singable… the way we produced it and worked it up, it fit perfectly as the opening track and I think it’s a great introduction to what people are going to hear for the rest of the album.

“Not being on the road very much, knowing we were going to come back and be playing a heavy schedule of touring,” he continues, “I really wanted just the simplicity of the songs to really carry themselves and carry the album and lead us all the way through the show; where the simplicity creates these big, massive sounding songs.”

Fans can catch Bowen performing these new songs as well as his extensive catalog of hits at shows across the country this summer.

About Wade Bowen
Twenty years and some 4,000 shows into his career, the name Wade Bowen has become synonymous with authentic Country music – and for good reason. An artistic descendant of American icons like Guy Clark, Ray Wylie Hubbard, Robert Earl Keen and more, Bowen is a contemporary link in a Texan chain of roots-rock poets stretching back more than 50 years – yet his ambition never ended at the state line.

Seen as one of the genre’s finest and most genuine modern voices, Bowen’s approach stays rooted in tradition, but also stands on the creative cutting edge. His focus remains on writing unique songs with a literary quality and shifting his sonic territory to match his life, as evidenced by uplifting lead single “Everything Has Your Memory” off his forthcoming album, Somewhere Between The Secret And The Truth, set for release August 12 via Thirty Tigers.

Wielding a knack for direct, poetic songwriting that never panders, Bowen matches his gravel-road growl to an organic sound spanning the whole of Texas and beyond, tapping both country and rock influences. A dozen albums have shown his sonic diversity – including six studio sets, two live collections, a gospel album and an ongoing series of buddy-country hits with fellow Texan Randy Rogers. Along the way, he’s scored hits and accolades based on quality, not quantity, and continues to perform around 200 nationwide shows each year – including multiple appearances on the venerated Grand Ole Opry stage.