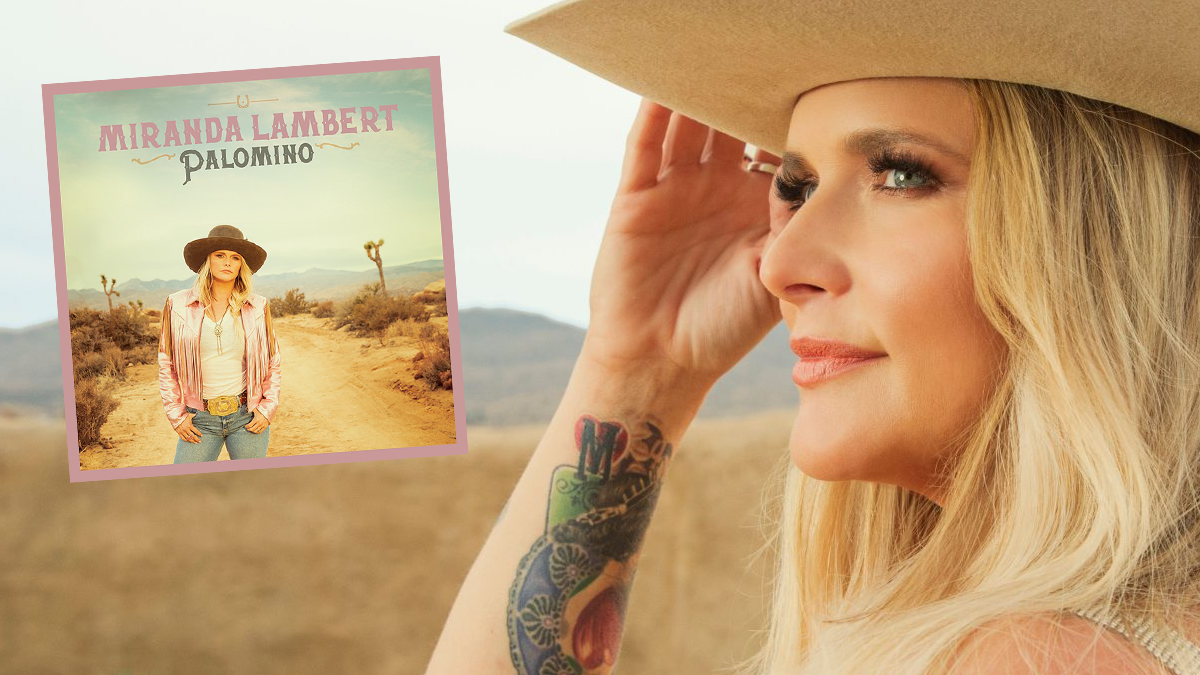 NASHVILLE, Tenn. – As lead single “If I Was A Cowboy” climbs the Top 20 at Country radio, reigning ACM Entertainer of the Year Miranda Lambert is set to release her eighth solo album, Palomino, this Friday, April 29 via Vanner Records/RCA Records Nashville. Pre-order / pre-save HERE.

“The making of this record has been one of the most fun and creative experiences of my career,”

“The making of this record has been one of the most fun and creative experiences of my career,” reflects the Texan songstress. “Luke Dick, Natalie Hemby and I went out to my farm in Tennessee in 2020 and started writing songs… We figured, while we have time, let’s get out to the country and see what happens. The first one we wrote was ‘Tourist’ and that set us on a path to create something with a bit of a theme. Since we couldn’t travel at the time, we decided to go on a journey through songs… I hope y’all are ready to travel with us wandering spirits and meet some cool characters with great stories.”

In the May print issue on stands now, Rolling Stone declares “Country music’s most ambitious artist keeps following her freewheeling spirit” on the new album, which displays “the country star’s reputation for stylistic risks” via “a multi-hued batch of songs about movement and characters who drift from place to place – sometimes because they want to, sometimes because they have to.” Yahoo Entertainment also offered early praise for Palomino, including the project in this week’s “It List” and noting that “this trailblazer once again confounds expectations and pushes musical boundaries.”

Visiting 30+ locations and countless characters along the way, the expansive 15-song project takes listeners on a freewheeling trek from the Mojave Desert to Battambang, Cambodia and everywhere in between. Lambert serves as a co-writer on 14 of the 15 songs, with the only outside cut arriving via a rousing cover of Mick Jagger’s “Wandering Spirit.”

With all seven of her previous solo albums debuting at No. 1 and recent collaborative project The Marfa Tapes earning her a sixth GRAMMY nod for Best Country Album, both Vulture and USA Today named Palomino among the most anticipated projects this year, with the latter recognizing the 37-time ACM Award winner’s “progressive sound” and celebrating her as “always a bit of a country maverick.”

Lambert will celebrate the release of the eagerly awaited album by kicking off a spring run of shows this week, including a headlining appearance at Nashville’s FirstBank Amphitheater on the eve of the album, before launching her co-headlining The Bandwagon Tour with Little Big Town in her home state of Texas next Friday, May 6.

About Miranda Lambert
Set for release April 29, Palomino, the eighth solo album from Vanner Records/RCA Nashville superstar Miranda Lambert, is the latest installment in a storied career that has spanned seven consecutive No. 1 solo albums, 10 No. 1 hit radio singles, more than 70 prestigious awards and countless sales certifications, earning the reigning ACM Entertainer of the Year praise from NPR as “the most riveting country star of her generation.”

Following 2019’s critically acclaimed release of her GRAMMY Award-winning album, Wildcard, the Texas native ushered in her next musical era with the recent release of Palomino lead single “If I Was a Cowboy” (currently climbing the Top 20 at Country radio), while also adding her voice to Netflix’s new season of Queer Eye with inclusive anthem “Y’all Means All.” She is set to hit the road on The Bandwagon Tour with Little Big Town this spring and will kick off her Velvet Rodeo Las Vegas residency at the Zappos Theater at the Planet Hollywood Resort & Casino in September.

In addition to Wildcard, the celebrated singer/songwriter’s lauded discography includes The Weight of These Wings (2016), Platinum (2014), Four The Record (2011), Revolution (2009), Crazy Ex-Girlfriend (2007) and Kerosene (2005). She has also released three albums with her trio, the Pistol Annies, as well as 2021’s The Marfa Tapes, a critically acclaimed and GRAMMY-nominated, raw and intimate recording with collaborators Jack Ingram and Jon Randall.

The most decorated artist in the history of the Academy of Country Music, Lambert has earned 37 ACM Awards (including the current ACM Entertainer of the Year title and a record-setting nine consecutive Female Artist of the Year Awards), 14 CMA Awards, three GRAMMY Awards, the Nashville Symphony Harmony Award, ACM Gene Weed Milestone Award and ACM Song of the Decade Award, plus was named 2019’s RIAA Artist of the Year. She is the youngest artist ever to serve as the Country Music Hall of Fame & Museum’s Artist in Residence, joining a legendary list of predecessors including Kris Kristofferson, Guy Clark, Tom T. Hall, Jerry Douglas and more.

Her clothing and cowboy boot collection, Idyllwind, is a private-label brand sold at all Boot Barn stores nationwide. For more information, visit www.idyllwind.com.

Lambert’s MuttNation Foundation, a 501c3 nonprofit has raised over $6 million since its inception in 2009. The Foundation’s mission is to promote the adoption of rescue pets, support animal shelters across the country, advance spay & neuter and assist with the transport of animals during times of natural disaster. For more information, visit www.muttnation.com.

TIM MONTANA SET TO RELEASE RENO ON MAY 6th