Kurt Russell, Burt Reynolds among those to be honored at 61st Western Heritage Awards
Advertisement 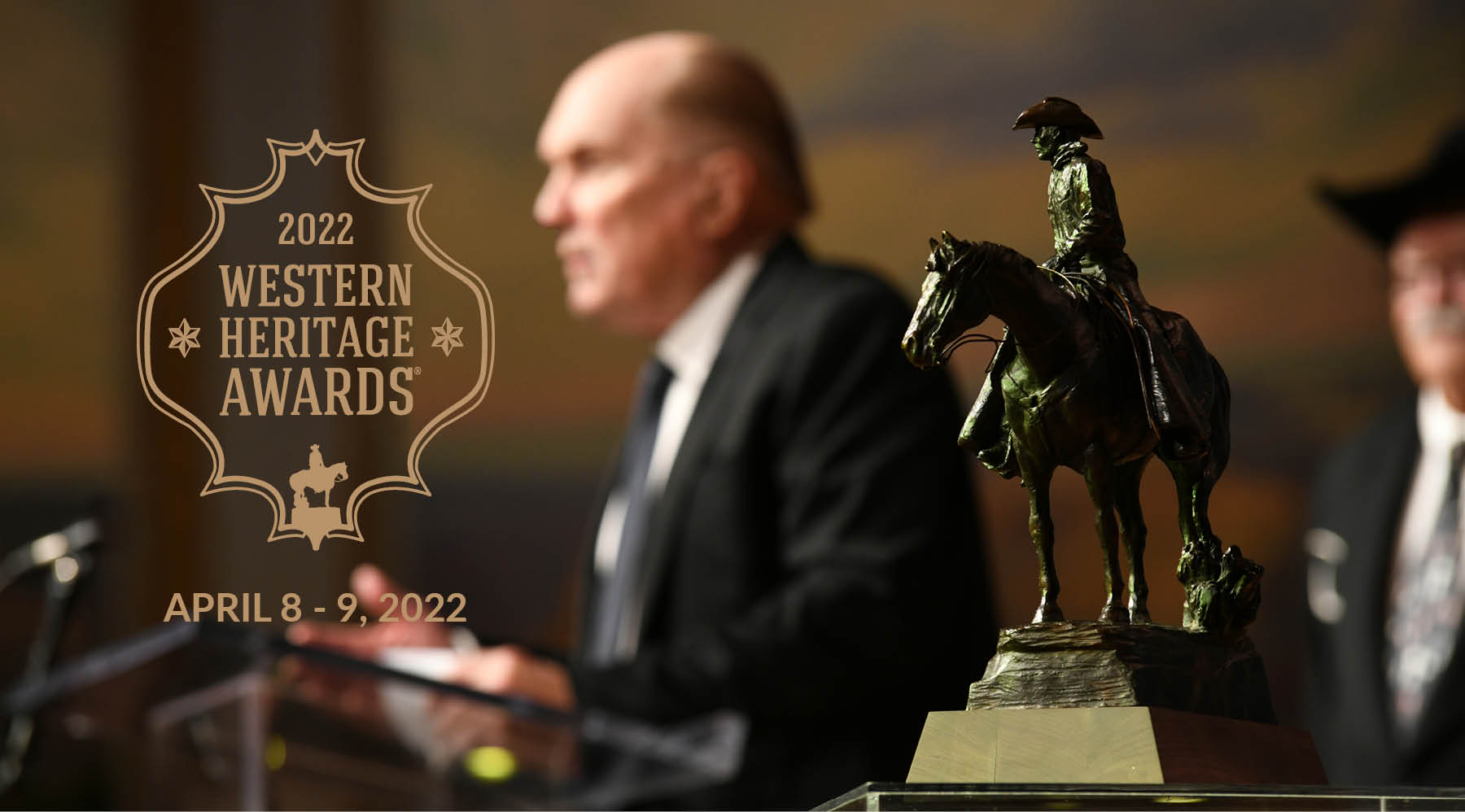 OKLAHOMA CITY, OK – Hollywood actor Kurt Russell and his father Neil Oliver “Bing”
Russell are among the eight inductees and award winners to be honored at the 61st Western
Heritage Awards, to be held at the National Cowboy & Western Heritage Museum in Oklahoma
City, April 8-9, 2022.

“The story of the American West is alive, with people from all walks of life still contributing to the culture of the West we know and love.”

“The story of the American West is alive, with people from all walks of life still contributing to
the culture of the West we know and love,” said Natalie Shirley, Museum President & CEO.
“This year’s inductees and award winners include extraordinary men and women who influenced their communities and the world through their work and through the way they lived their lives.”

The Western Heritage Awards honors individuals who have made significant contributions to
Western heritage through creative works in literature, music, television and film, and serves as
the induction ceremony for the National Cowboy Museum’s Hall of Great Westerners and Hall
of Great Western Performers. Also presented annually is the Chester A. Reynolds Award, named in honor of the founder of the Museum and presented to a living honoree or group that has notably perpetuated the legacy of the American West. Each inductee and honoree receive
a Wrangler, an impressive bronze sculpture of a cowboy on horseback created by Oklahoma
artist and 2017 Hall of Great Westerners inductee Harold T. Holden.

This year, the Museum will also present a Lifetime Achievement Award and a Western
Visionary Award. The Lifetime Achievement Award is designed to honor the life’s work of
extraordinary Westerners and is only presented in rare circumstances. Honorees receive a
Wrangler and a commemorative three-piece Western buckle set created by Traditional Cowboy
Arts Association silversmiths Scott Hardy and Beau Compton. Recent previous Lifetime
Achievement Award winners include George Strait and Robert Duvall.

The Western Visionary Award is a rare honor bestowed on an individual that has made
significant contributions and had a national impact on preserving Western heritage and Western ideals. The award has only been presented once before to Mr. Phillip Anschutz.

About Frank Boardman:
During his life Frank “Pistol Pete” Eaton was a lawman, an Indian scout, and a settler. He worked on ranches and herded cattle over the Chisholm and Santa Fe Trails. He was later a deputy United States Marshall. Eaton earned the nickname “Pistol Pete” at the age of 15 when he went to Fort Gibson to perfect his shooting skills. He learned how to track, and to survive Indian Territory when he was adopted by a half Delaware Indian at the age of 18. After settling in Perkins, Oklahoma, where he died on April 8, 1958, at the age of 97, he became the inspiration for Oklahoma State University’s mascot.

About Gerald Timmerman
During Gerald Timmerman’s childhood, Gerald worked closely with livestock in many facets
and was learned from his experienced family members. In 1970, Gerald and his brothers
acquired their first feed lot from their father, later expanding to own multiple feed lots and
farmlands in Colorado, Nebraska and Kansas. The brothers purchased their first ranch in South
Dakota in 1976, eventually owning ranches in Nebraska, Colorado, Texas and Oregon. In 1995,
they expanded further and formed a partnership and started a meat processing center that became one of the largest independent meat packers in Omaha, Nebraska.

About Burt Reynolds:
Burt Reynolds was an embodiment of the Hollywood Western movie star with an almost 60-year career as an actor and director. He was born in Michigan, but his family moved to Florida after World War II. Burt was an excellent athlete, but a series of injuries ended his football career. Burt left college and moved to New York to become an actor. He began his career with recurring roles in shows like Gunsmoke, Riverboat and Hawk. By the 1960s, he was securing multiple roles in Westerns films and TV shows. By the 1980s, he was a household name. His most widely known roles include Smokey and the Bandit, Navajo Joe, 100 Rifles and Sam Whiskey.

About Neil Oliver “Bing” Russell:
Neil Oliver “Bing” Russell was born in Brattleboro, Vermont, in 1926. He married dancer Louise Julia Crone in 1946 and the couple had four children: Jill, Jody, Kurt and Jami. Russell began acting while attending Dartmouth College. After graduating he played professional baseball until an injury forced him from the game. So, in the early 1950s he moved to Los Angeles and began his professional acting career. Though perhaps best known for his recurring role as Deputy Clem Foster on Bonanza, Russell played many other characters throughout his
career in hundreds of television shows and motion pictures. He worked with the legendary John Ford on many of the director’s classic Western films and appeared in virtually every Western TV series produced during the 1950s, ‘60s and ‘70s. In 1979, Russell portrayed Vernon Presley in the made-for-television movie Elvis – The Movie, in which his son, Kurt, played Elvis. In addition to acting, Russell owned the Portland Mavericks who, from 1973 – 1977, were the only independent team in minor league baseball. Russell died in 2003, but his legacy lives on through his loved ones and his contribution to Western television and film.

About Kurt Russell:
Following in his father’s footsteps, Kurt Russell began his acting career in childhood and was a pro baseball player in his younger years. Kurt has been a life-long fan of the culture and characters of the American West and was raised with a deep understanding and acquaintance of Western culture, with John Wayne being one of his childhood heroes. Kurt went on to star in many Western films including Tombstone and The Hateful Eight. Aside from playing cowboys and iconic American heroes in Hollywood movies, he lives the real western lifestyle on his 72-acre Colorado retreat, the Home Run Ranch.

About James F. Hoy:
Dr. James “Jim” F. Hoy has participated in and preserved the art and culture of the American West in a multitude of ways. Jim is widely known across the central plains as a folklorist and folk singer, and for his work preserving, interpreting and promoting cowboy folklore. He has
authored more than a dozen books dealing with ranching and cowboy folklore. Growing up on a ranch in Cassidy, Kansas, Jim learned to work with horses and cattle and competed in rodeo events. Jim has also taught as an English professor and spoken as an expert on cowboy lore to academic institutions around the world.

About Linda Mitchell Davis:
Linda Mitchell Davis has been a Museum Board member since 1988 and was previously inducted into the Hall of Great Westerners, along with her husband, Les, in 2000. Her father, Albert K. Mitchell, was one of the founders of the Museum. Linda is a fourth-generation rancher who lived through the drought and Dust Bowl era in the early 1930’s. She and her husband Les ran the CS Ranch in Cimarron, New Mexico until his death in 2001. She was also New Mexico’s first representative on the Cattlemen’s Beef Board.

About Foster Friess:
Foster Friess embodied the “American Dream” in his lifetime. Born to a working family and learning the basics of cattle work from his father, he went on to excel in school and serve as his high school class president. He attended the University of Wisconsin where he earned a degree in business administration, was the president of his fraternity, and married his wife Lynn. After
serving as an Army infantry platoon leader and an intelligence officer, Foster left the military with $800 dollars and his small family. Foster became a successful investor and prolific philanthropist. He was an avid supporter of what he believed to be the principals that built the American West – freedom, hard work, self-reliance and conviction. Foster passed in May 2021
and is survived by his wife, four children and fifteen grandchildren.

The National Cowboy & Western Heritage Museum in Oklahoma City is America’s premier
institution of Western history, art and culture. Founded in 1955, the Museum collects, preserves and exhibits an internationally renowned collection of Western art and artifacts while sponsoring dynamic educational programs to stimulate interest in the enduring legacy of the American West. The Museum is located only six miles northeast of downtown Oklahoma City at 1700 Northeast 63rd Street. Annual family memberships are available beginning at just $40. For more information, visit nationalcowboymuseum.org