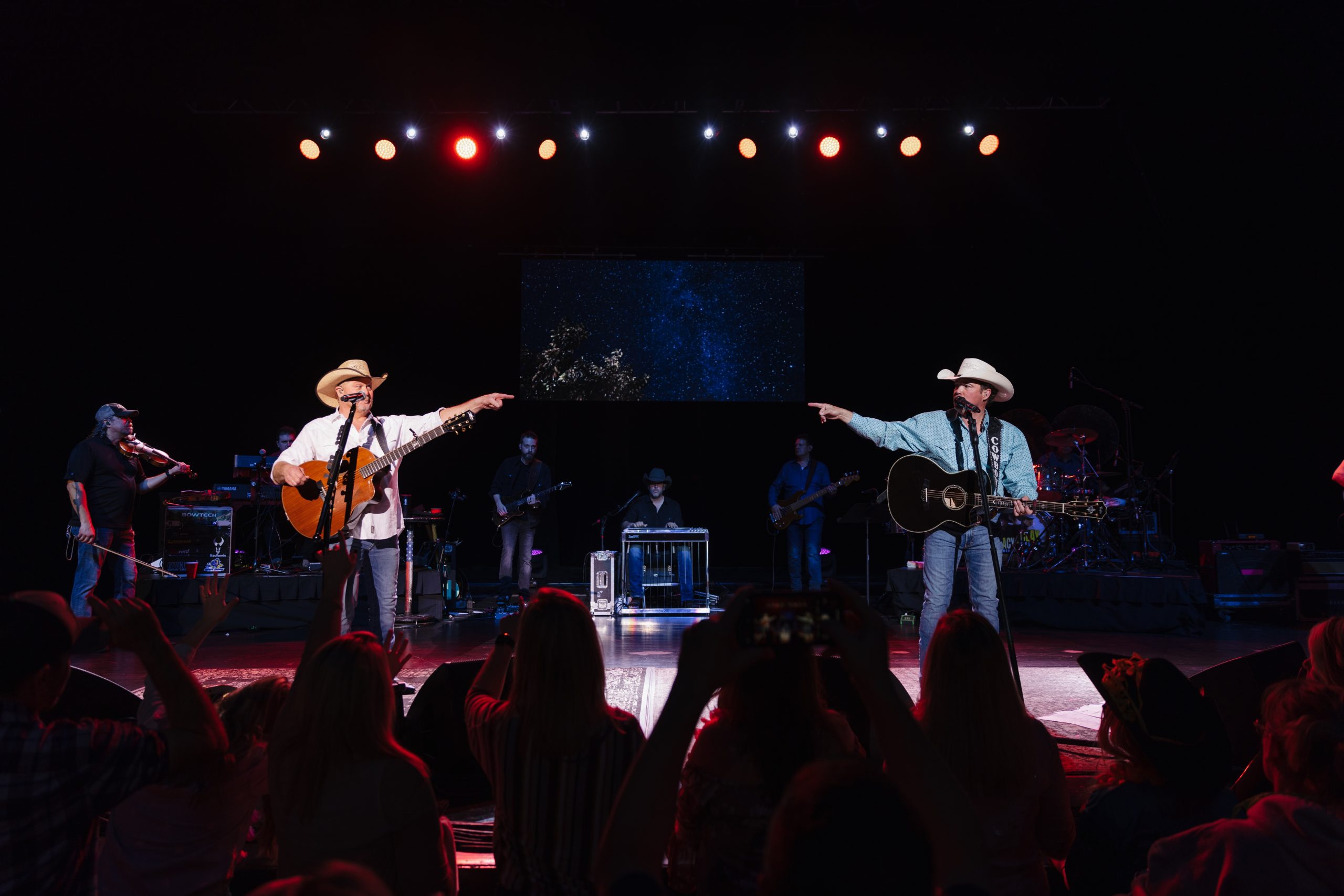 (March 14, 2022 – Nashville, TN) Two of Country music’s most legendary artists, Tracy Lawrence and Clay Walker are celebrating a huge start to their co-headlining tour where these icons share one-stage and one band for an epic evening of Country music. The tour kicked off on March 3rd with a sold-out crowd in Charlotte, NC, and then continued on with two more sold out shows in Roanoke, VA and Augusta, GA. Opening for the two Country powerhouses during these kick-off shows was up-and-coming singer-songwriter, Alexandra Kay.

Now heading into their second weekend of nearly sold-out shows in Charleston, WV, Chattanooga, TN, and Huntsville, AL. Walker and Lawrence will be joined by Randall King, who will open the next two weekends and later this Spring, they welcome special guest, Tracy Byrd, to the stage as they round out the initial run of shows.

“What a way to kick off the tour with my longtime friend by playing to a sold-out crowd, and then continuing the tour with a second sold-out weekend! The energy the crowds brought made it obvious that real Country music is wanted and that is what we always do!” – Tracy Lawrence

“The concerts have been well attended by the MOST loyal country music fans! I could not have hoped for more!” – Clay Walker

About Tracy Lawrence:
Tracy Lawrence is one of country music’s truest traditionalists and this year he is celebrating his 30th anniversary in the Country music industry. His impressive catalog of timeless music has made Lawrence a mainstay in the genre selling more than THIRTEEN MILLION albums and charting EIGHTEEN #1 songs. He has garnered numerous CMA and ACM awards and nominations, as well as a Grammy nomination. Commemorating his three-decade career in 2021, Lawrence is releasing three new albums which include all new music along with some of his favorite career hits.

In addition to his chart-topping success, Lawrence hosts the Award-Nominated nationally syndicated radio show “Honky Tonkin’ With Tracy Lawrence,” for which he has received three ACM nominations for National On-Air Personality of the Year. The show features music from the 80’s, 90’s and 2000’s and is heard on more than 115 affiliates. Tracy is also the co-creator of STORMING HEAVEN: THE MUSICAL, a production based on the novel Storming Heaven. Tracy, along with others, helped to develop the storyline of the musical and also composed songs for the drama. He was honored by the Nashville chapter of AFP (Association of Fundraising Professionals) with “Philanthropist of The Year” for his nationally recognized annual MISSION:POSSIBLE Turkey Fry and Concert, which has raised over Half a Million Dollars for the homeless and hungry in Dallas, Louisville and Nashville, and served more than 84,000 meals. MISSION:POSSIBLE is poised to make an even larger impact in the future, as the 501 (C) (3) organization expands into more markets across the country.