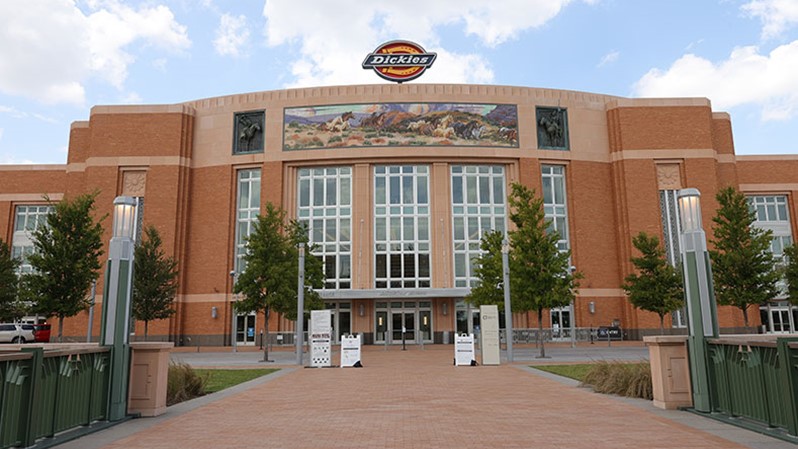 FORT WORTH, Texas (February 21, 2022) – Ahead of the debut PBR (Professional Bull Riders) World Finals in Fort Worth, Texas, the organization today announced the talent-packed Pendleton Whisky Concert Series which will feature eight recording artists performing across three venues throughout the Metroplex from May 13-21. The star-studded roster of performers is headlined by ACM Award-nominated recording artist Danielle Bradbery and Riser House/Columbia Nashville’s multi-platinum No. 1 hitmaker Mitchell Tenpenny who will take to the stage inside Dickies Arena prior to two of the final rounds of competition for the prestigious PBR World Finals.

Bradbery and Tenpenny headline the Pendleton Whisky Concert Series. They will perform on Thursday, May 19, and Friday, May 20, respectively, inside Dickies Arena prior to the start of each evening’s round of the PBR World Finals.

Bradbery is the season four winner on The Voice whose career has blossomed since winning the reality TV show in 2013. In addition to earned multiple award nominations, she has toured across the globe with Kane Brown, Blake Shelton, Brad Paisley, Miranda Lambert and more.

Stepping into her own lane with sophomore album ”I Don’t Believe We’ve Met,” Bradbery infused her story into her songs for the first time–penning seven of the album’s 10 tracks including “Worth It,” “Potential” and GOLD-certified “Sway.”

With her fiery coming-of-age declaration, “Stop Draggin’ Your Boots,” Danielle shows  a side of herself we’ve never seen before and takes it one step further with a boot-stompin’ video embodying the song’s feisty message – watch here. As she prepares to release more new music this year, the powerhouse vocalist exhales the pain of loving someone who’s long gone with her new track “Break My Heart Again” out now via Big Machine Records.

Tenpenny recently released an eight-song EP, Midtown Diaries EP, he produced Jordan B Schmidt. Mitchell co-wrote all the tracks including his smash “Truth About You” that he first previewed for his fans on TikTok. “You listen to the fans who listen to you,” Mitchell said about their instantaneous reaction as the song became the largest streaming debut of his career now with more than 60 million total on-demand streams. Mitchell can also be heard on the radio with Chris Young on their collaboration and ‘booming hit’ “At The End Of A Bar.”

Since the release of his debut single, “Drunk Me,” Mitchell has set new standards for breakout success in country music. The 2X Platinum-certified, No. 1 hit that has amassed over 550 million on-demand streams was taken from his introductory 2018 album, Telling All My Secrets, and earned him the best first week showing for any major label country debut LP. Since that time, the “winning” singer (the New York Times) was nominated for New Male Artist of the Year at the ACM Awards and Breakthrough Video (“Drunk Me”) at the CMT Music Awards and saw his “Alcohol You Later” and “Anything She Says” singles certified gold.

Both Bradbery and Tenpenny’s concerts will be included with the purchase of an event ticket to that evening’s round of the PBR World Finals. Tickets are on sale now and can be purchased at PBR.com or Ticketmaster.com or by calling PBR customer service at 1-800-732-1727.

The Pendleton Whisky Concert Series will launch on Friday, May 13, with Tyler Braden kicking off the free-to-attend performance lineup that will be featured outdoors on Simmons Plaza nightly from May 13-15 at 5:00 p.m. CST. He will be followed by Chancey Williams on Saturday, May 14, and Tim Dugger on Sunday, May 15.

A bit about the Pendleton Whisky Concert Series performers on Simmons Plaza:

From May 19-21 the Pendleton Whisky Concert Series will be held at Mule Alley in the Fort Worth Stockyards. Those free-to-attend concerts will be held nightly at 9:30 p.m. CST featuring Ashley Cooke, Andy Velo and Jake Worthington.

A bit about the Pendleton Whisky Concert Series performers at Mule Alley in the Fort Worth Stockyards:

The complete schedule for the Pendleton Whisky Concert Series held in tandem with the 2022 PBR World Finals is as follows:

Weekend packages, travel packages and passes to the RIDN RANK RV Park are on sale now for the 2022 PBR World Finals.

Spots in the RIDN RANK RV Park are available in three-, four- and 10-day packages. For more information, including pricing, fans can call Matt Walsh at (508) 813-6446 or e-mail [email protected].

Travel packages for the 2022 PBR World Finals are available for both weekends of competition starting at $2,800 for two attendees.

For those fans wanting to attend the opening weekend of action from May 13-15, the travel package offered at $2,800 includes a two-night hotel stay and tickets to all three nights of competition inside Dickies Arena.

The travel package for the final weekend of the 2022 PBR World Finals, held from May 19-22, is valued at $3,500 and includes a three-night hotel stay and event tickets to each of the four days of competition.

Tickets for the general seating for weekend packages range in price from $42-$261 nightly.

The premium package offerings are available in four tiers, including:

To purchase the weekend packages and premium offerings, visit PBR.com or Ticketmaster.com or call PBR customer service at 1-800-732-1727.