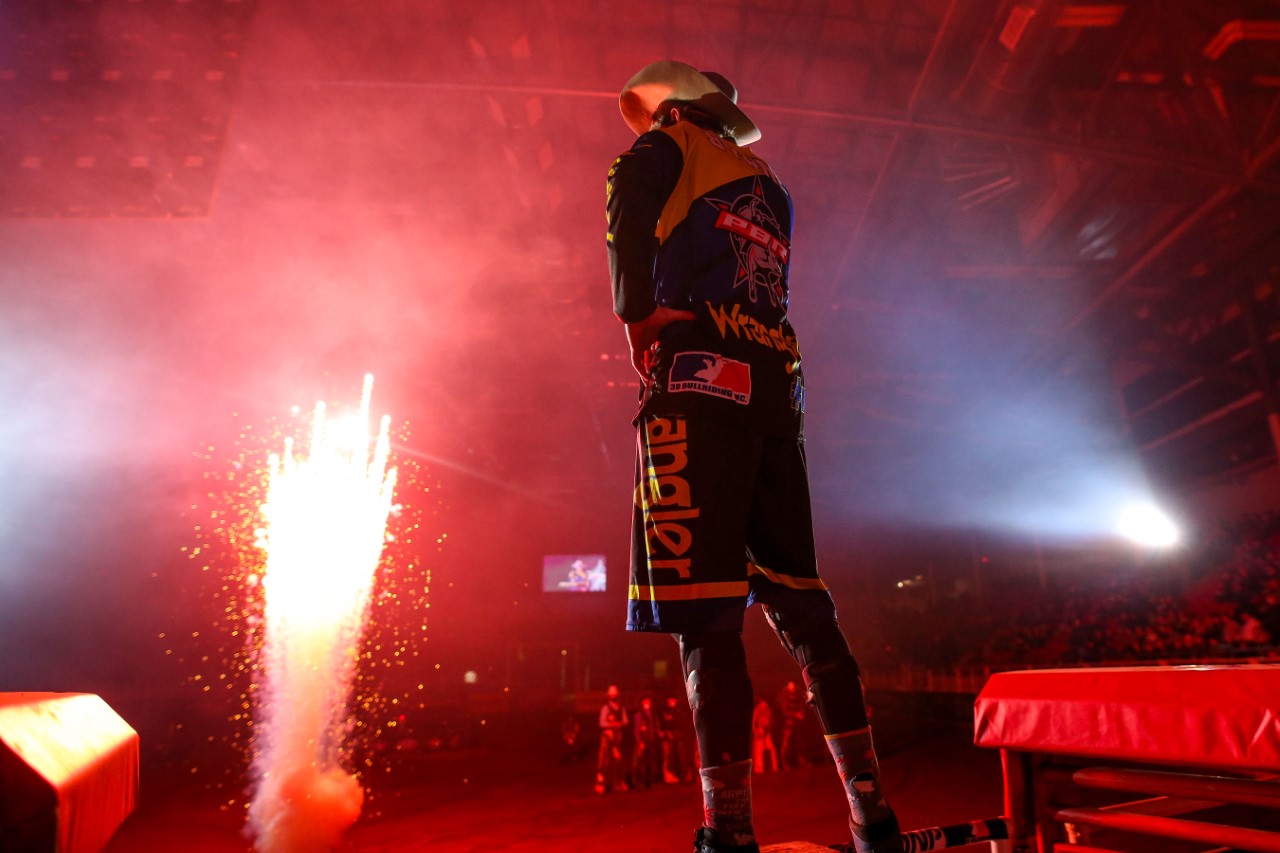 SASAKTOON, Sask. (February 23, 2022) – PBR (Professional Bull Riders) Canada today announced a deepened relationship with the iconic brand Wrangler, welcoming the authentic Western brand as the official presenting sponsor of elite Cup Series in for both the 2022 and 2023 seasons.

Along with the tour now being known as the PBR Canada Cup Series, presented by Wrangler, the brand will continue to serve as the sponsor for the division’s bullfighters, with the Wrangler Pro Perspective, a cowboy protection athlete-narrated segment, continuing to be a fixture in the TSN telecasts.

Wrangler first became a partner of PBR Canada in 2016, when competition across the country began.  The brand has been the official jeans of PBR since 1994.

“Wrangler Western is celebrating its 75th year anniversary and proud to be the presenter of the PBR Canada Cup Series,” said Jeffry Chadwick, Director Wrangler Western Special Events. “Wrangler was on board for the very first ride back in the early 90s when the PBR was created and extended that into supporting PBR Canada upon its inception.  The PBR Canada Cup Series, now presented by Wrangler, on TSN offers fans across Canada the opportunity to view the most exciting and adrenalin packed sport on dirt. Wrangler – Long Live Cowboys.”

“Wrangler has been a committed partner of the PBR Canada Cup Series since we bucked our first bull in 2016,” said Jason Davidson, PBR Canada General Manager. “We couldn’t think of a better partner to present our elite Cup Series, especially one so synonymous with the Western way of life. We look forward to helping Wrangler celebrate their 75th anniversary by continuing to take the sport of bull riding to new heights in Canada.”

Wrangler has been a staple in the global fashion landscape since making their first pair of jeans in 1947. Embodying the pioneer spirit, Wrangler is committed to honoring the traditions of the past while also exploring new ways to care for the land that feeds and clothes us, their partners and workers in the supply chain, and their neighbors across the world.

The elite PBR Canada Cup Series, as televised on the TSN family of channels, features Canada’s top bull riders, alongside some of the PBR’s top international athletes, squaring off against the rankest bucking bulls in North America.

In 2022, which marks the seventh year of operation for the premier Cup Series, the tour is anticipated to hold nine events across Alberta, Manitoba and Saskatchewan. The season will come to a climatic end in Edmonton, Alberta at Rogers Place for the PBR Canada National Finals where the 2022 PBR Canada Champion will be crowned and earn the accompanying $50,000 bonus.

Stay tuned to PBRCanada.com for the latest event and broadcast schedule.

Wrangler®, a Kontoor Brands (NYSE: KTB) brand, has been an icon in authentic American style around the world for 75 years. With a rich legacy rooted in the American west, Wrangler commits to offering unmatched quality and timeless design. Its collections for men, women and children look and feel great, inspiring those who wear them to be strong and ready for life, every day. Wrangler is available in retail stores worldwide, including brand flagship stores in Denver and Dallas, department stores, mass-market retailers, specialty shops, western outfitters, and online. For more information, visit Wrangler.com.

PBR (Professional Bull Riders), which has events in five countries, has competed in Canada since 1996 where it operates two tours. Joining the Touring Pro Division (TPD), the Cup Series debuted in 2016 as the nation’s first cross-country, nationally televised series. At PBR Canada events riders have the opportunity to earn points towards both the Canadian and world standings.  For more information on PBR Canada, go to www.pbrcanada.com, or follow on Facebook at www.facebook.com/pbrcanada and Twitter at http://twitter.com/PBRCanada.