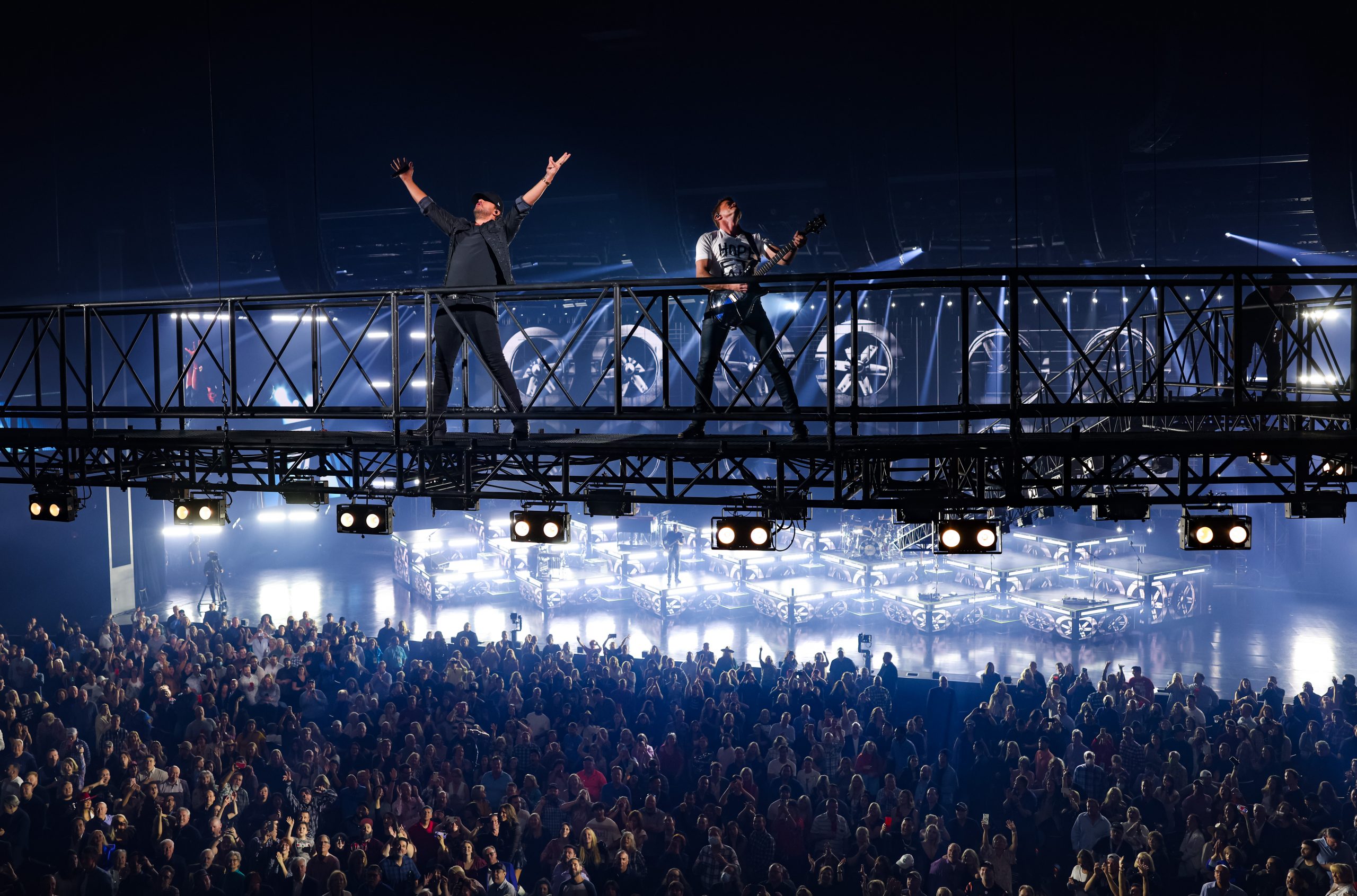 NASHVILLE (February 11, 2022) – Tonight, country music superstar Luke Bryan debuted his exclusive Las Vegas headlining engagement, at the new Resorts World Theatre. The five-time entertainer of the year set the tone for his highly anticipated shows at Resorts World Las Vegas with an electric sold-out performance that had fans on their feet and rocking out to top hits such as “That’s My Kind of Night,” “One Margarita” and “Country Girl (Shake It for Me).”

“What an amazing night and start to our run of headlining shows at Resorts World Las Vegas,” said Luke. “We’ve worked long and hard to put together an incredible, high-energy show for the fans. I am so proud of how it turned out and I hope everyone who comes leaves there having as much fun as me.”

Bryan brought the party to Las Vegas with a high energy performance that had him working the theatre and interacting with fans. The set featured a shifting stage that lifted Bryan and his band to the rhythms of his hit songs. The country music star took to the piano to sing “Strip it Down” and “Do I” against a backdrop of lights. In a spectacular encore performance, Bryan walked an elevated 45-foot high catwalk that appeared from the ceiling and floated back up, bringing the superstar face to face with the upper mezzanine levels as the crowd went wild.

Due to incredible ticket demand, the country music star is adding nine new show dates to Luke Bryan: Vegas, going on sale to the public beginning Monday, February 21, at 10 a.m. PST. The new dates are:

Citi® is the official presale credit card of Luke Bryan’s headlining engagement at Resorts World Theatre. Citi® cardmembers will have access to purchase presale tickets to the new shows from Wednesday, February 16 through Sunday, February 20 at 10 p.m. PST through the Citi Entertainment® program. For complete presale details, visit citientertainment.com. Previously announced Luke Bryan: Vegas show dates that are currently on sale include:

Tickets and VIP packages are available at  and AXS.com/lukeinvegas

About Luke Bryan
Since his debut, Bryan has garnered 29 No. 1 hits and has more RIAA certified digital singles than any other Country artist with 68.5 million. His worldwide global streams are 17.2 billion and he has sold nearly 13 million albums. His headline concert tours have played sold-out shows for 12 million fans inclusive of 36 stadium concerts, Farm Tours, Spring Break shows, and seven sold-out ‘Crash My Playa’ destination concert events and he will launch the “Raised Up Right Tour” on June 9. Bryan has won over 50 major music awards including five wins as Entertainer of the Year. His third and most recent Entertainer win was awarded by the Academy of Country Music in 2021. Additional awards include six recognitions as a CMT Artist of the Year, NSAI Artist/Songwriter of the Year, the first-ever recipient of the ACM Album of the Decade Award for Crash My Party, seven CMT Music Awards, five Billboard Music Awards, and four American Music Awards—as well as being named Billboard’s Top Country Artist of the 2010s, the Most Heard Artist of the Decade by Country Aircheck, and the Artist Humanitarian Recipient by the Country Radio Broadcasters last year. Also in 2021, IMDbTV, Amazon’s premium free streaming service, began airing his original five-part docuseries “Luke Bryan: My Dirt Road Diary.” On February 27, Bryan is set to return as a celebrity judge for a fifth season, alongside Katy Perry and Lionel Richie, on ABC’s “American Idol.”

About AEG Presents
Combining the power of the live event with a focus on true artist development, AEG Presents is a world leader in the music and entertainment industries. Operating across four continents, the company has an unparalleled commitment to artistry, creativity, and community. Its tentpole festivals and multi-day music events — which include the iconic Coachella Valley Music & Arts Festival and the legendary New Orleans Jazz & Heritage Festival alongside British Summer Time at Hyde Park, Stagecoach, Hangout Festival, Electric Forest, and Firefly — continue to set the bar for the live music experience. AEG Presents promotes global tours for artists such as The Rolling Stones, Ed Sheeran, Elton John, Taylor Swift, Celine Dion, Justin Bieber, Kenny Chesney, Paul McCartney, and Katy Perry, in addition to — through its network of clubs, theatres, arenas, stadiums and renowned partner brands such as Goldenvoice, Messina Touring Group, Concerts West, The Bowery Presents, PromoWest Productions, Marshall Arts, Madison House Presents, and Zero Mile Presents — creating and developing an unmatched infrastructure for artist development and audience reach. More information can be found at www.aegpresents.com or find us on Facebook, Twitter and Instagram.