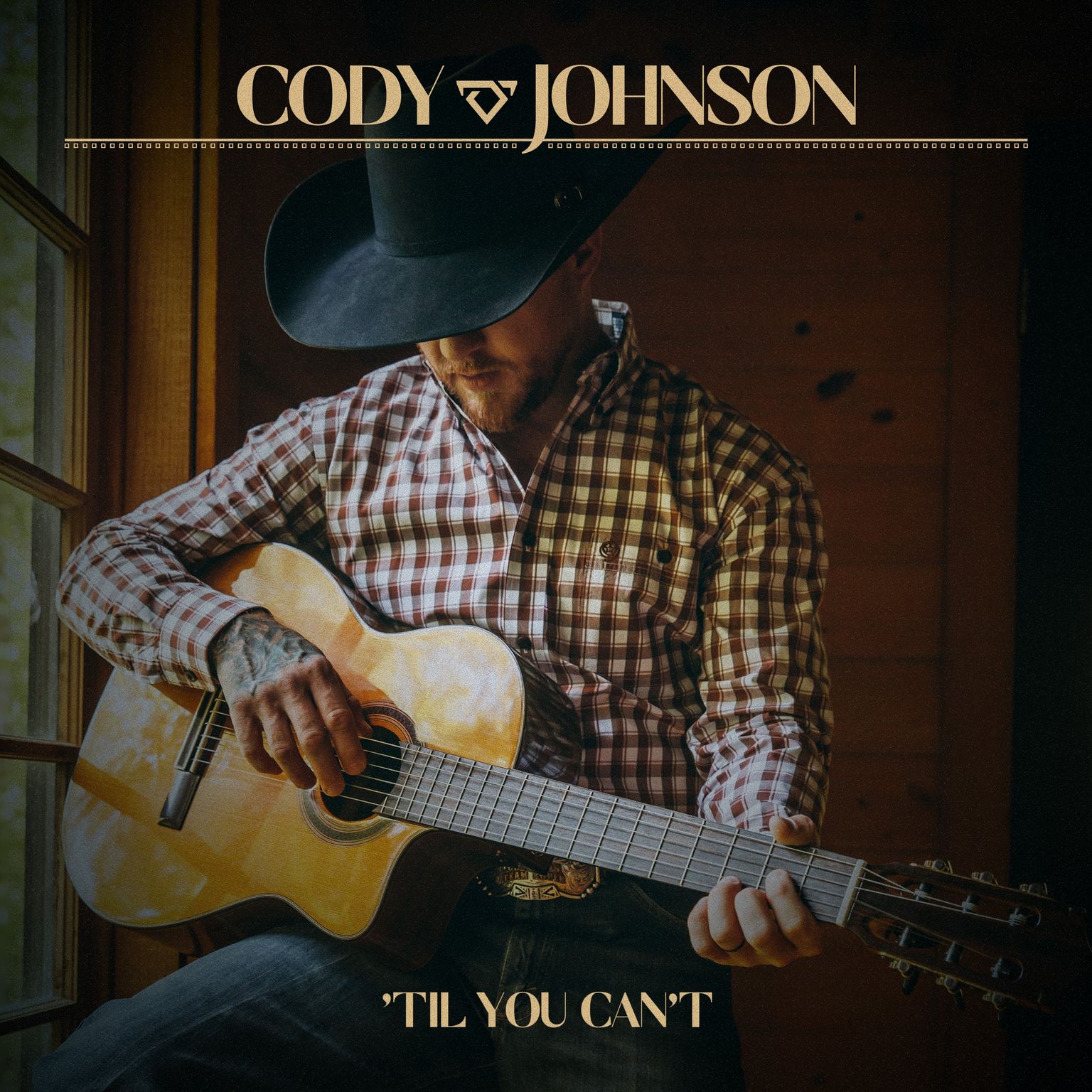 Nashville (February 23, 2022) – Platinum-selling COJO Music/Warner Music Nashville recording artist Cody Johnson takes “’Til You Can’t” to the #1 position on Billboard’s airplay, streaming and sales-based ‘Hot Country Songs’ chart this week. This feat is remarkable as gains on this chart are often built on crossover play. And “’Til You Can’t” continues its climb at country radio sitting at #8 on Billboard and #5 on Mediabase airplay charts. The RIAA certified, gold-selling song is the debut single from Johnson’s sophomore major-label release, Human The Double Album. To date the song has garnered 160 million global streams. Watch/listen to fans react to it in concert HERE.

“I’m so excited to see the ripples that this song has created. “Til You Can’t” has such a positive message, and it’s so much fun to sing!”

“I’m so excited to see the ripples that this song has created. “Til You Can’t” has such a positive message, and it’s so much fun to sing!” Johnson shared with Billboard.  “After playing music for almost 15 years, I’m still taken back by the power of a good country song; I’m very excited about what’s to come, and very honored by the success of the single on all platforms!”

The song, penned by Ben Stennis and Matt Rogers, is an infectious tempo that starts quietly, then builds along with Johnson’s advice: take the chances, chase the dreams, bait those lines, put that diamond on her hand, and take those calls from your mama as long as you can, until you can’t. It’s the quintessential why-not-now song that will call Johnson’s loyal fans to action.

“’Til You Can’t” has also reached #1 spot on SiriusXM’s HOT 30 Weekend, the MusicRow CountryBreakout chart and Shazam’s Country Chart.

Johnson’s 2022 tour continues its success across the U.S. selling out two additional shows over the weekend. Tickets for the tour may be purchased at http://www.codyjohnsonmusic.com/tour.

ABOUT CODY JOHNSON:
Known for his explosive live shows and electrifying stage presence, COJO Music / Warner Music Nashville Platinum recording artist Cody Johnson has established a following of passionately loyal fans who regularly sell out shows across the country. In the last year, Johnson, who MusicRow predicts “just might be the future of real country music,” has released a critically acclaimed, award-winning feature-length documentary (Dear Rodeo: The Cody Johnson Story), delivered two celebrated albums (Human The Double Album and A Cody Johnson Christmas), sent his most successful single to country radio with gold-selling “’Til You Can’t”, added more RIAA platinum and gold singles and album certifications bringing his career total to 12 certifications, played sold-out concerts and more. In fact, Johnson increased his worldwide streams by nearly One Billion in 2021, growing from Two Billion to nearly Three Billion streams.