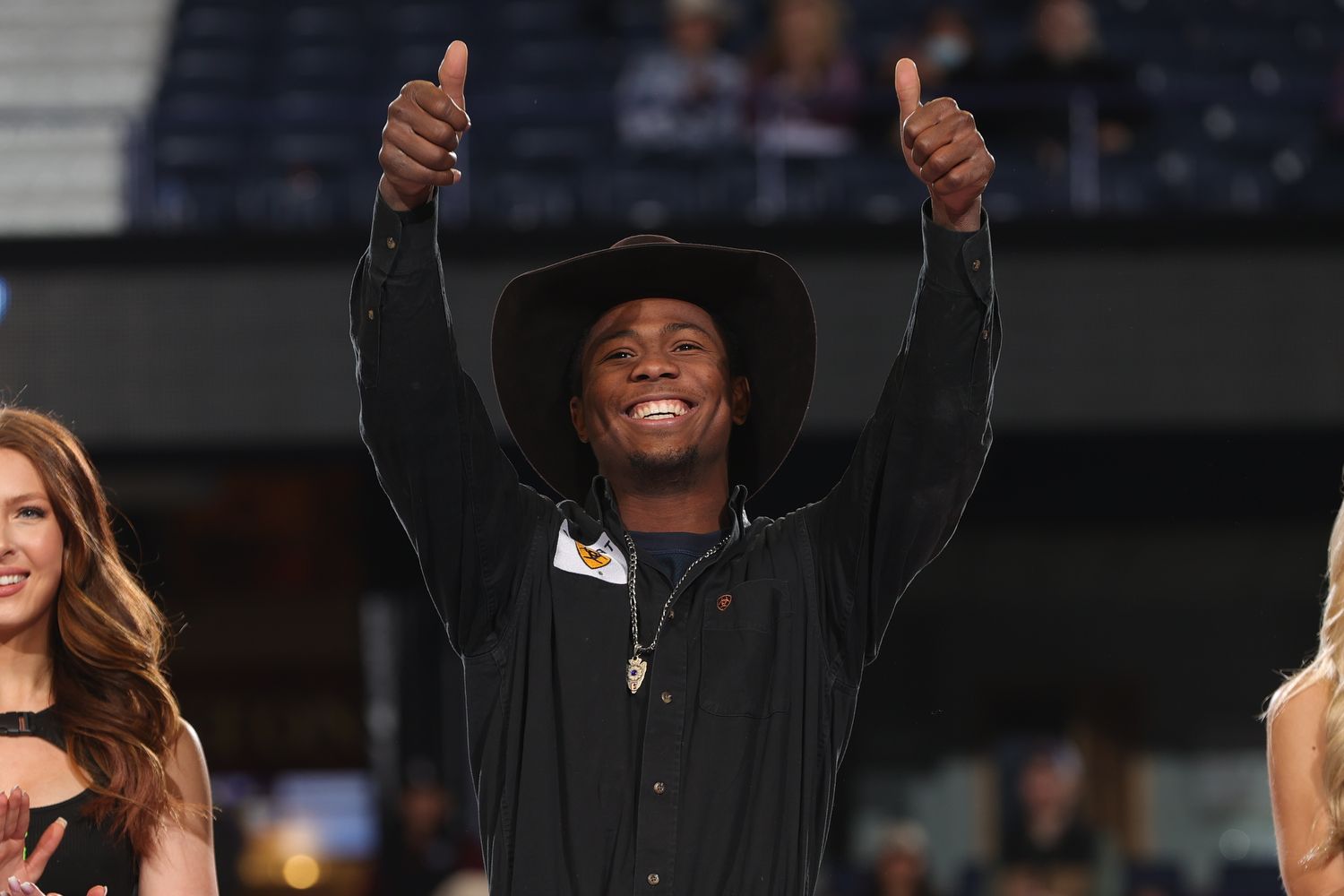 CHICAGO – On a snowy Friday evening in the greater Chicago area, Ezekiel Mitchell (Rockdale, Texas) was red-hot as the 12th PBR (Professional Bull Riders) Unleash The Beast event in the Windy City got underway. As one of 13 riders to cover their opening-round draw, Mitchell won Round 1 of the tour stop inside Allstate Arena, surging to an early lead at the PBR Tractor Supply Co. Invitational.

“I’m going to try to win this thing tomorrow and then win the world,” Mitchell said moments after the win atop the Can-Am Cage. “I thank all the fans for being here and God for allowing me to be on the stage.”

Mitchell earned his first round win of the 2022 season when he outlasted Crime Time (C Check Bucking Bulls). Reaching the requisite 8, Mitchell was marked an unrivaled 88.5 points.

He earned 28 world points for the score and leads the No. 2 contender in the aggregate by 0.5 points.

Joao Ricardo Vieira’s (Itatinga, Brazil) quest to become the oldest PBR World Champion in history continued in Round 1 as the stoic Brazilian tied for fifth. Should the 37-year-old earn his first gold buckle at season’s end, he would surpass Adriano Moraes (Cachoeira Paulista, Brazil), who won his third title in 2006 at age 36.

Continuing his resurgent 2022 campaign, Cole Melancon (Sour Lake, Texas), who entered the year with a dismal buckoff streak of 35 bulls, was second in Round 1.

Rounding out the Top 5 in fourth was Chase Dougherty (Decatur, Texas).

Action for the 2022 PBR Tractor Supply Co. Invitational will conclude with Round 2 and the championship round on Saturday, January 15. Action gets underway at 6:45 p.m. CST.

PBR RidePass on PlutoTV will offer re-airs and on-demand replays of every PBR Unleash The Beast event. PBR RidePass is available on desktops, laptops and mobile devices via www.pluto.tv. Tune to channel 720 for the latest programming schedule, and click here for on-demand PBR programming.