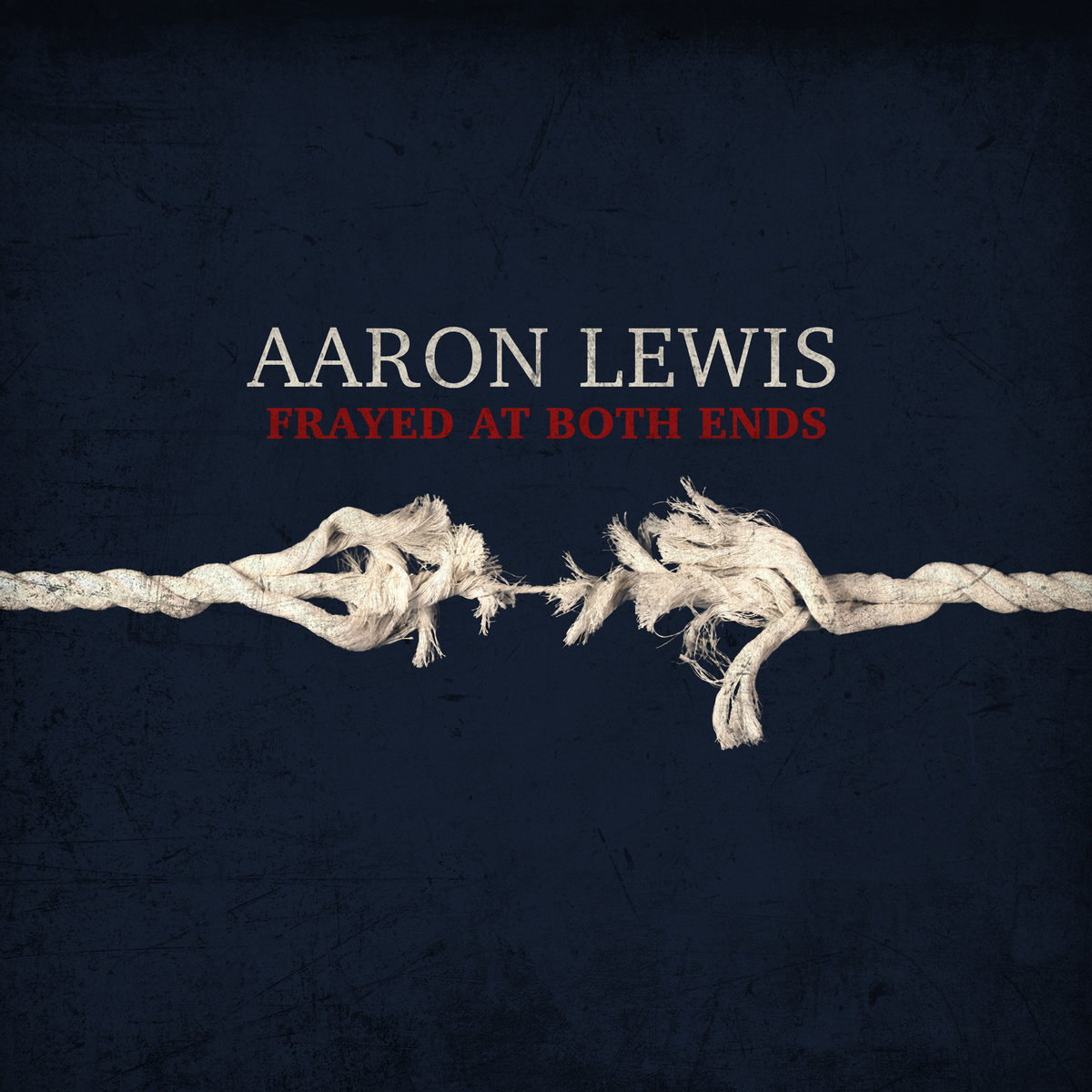 NASHVILLE, TN (January 28, 2022) – Having had two No. 1 Billboard Country Album debuts with TOWN LINE and SINNER, Aaron Lewis has quietly made an impact on Country music without flexing to let everyone know what a big deal he was. With a decade invested in a genre that’s seen him record with Willie Nelson, George Jones, Charlie Daniels, Vince Gill, Alison Krauss, Mickey Raphael, the Cox Family and Dan Tyminski and producer Buddy Cannon, the 15-million selling front man of Staind doubled down on FRAYED AT BOTH ENDS, out now via The Valory Music Co. LISTEN HERE: https://aaronlewis.lnk.to/Frayed.

Starker, more acoustic and with the focus on what The Los Angeles Times cited as “his mournful baritone,” FRAYED AT BOTH ENDS is a meditation on shrinking opportunities, mistakes made, consequences of our actions and squaring up to it all with the dignity it takes to be a full-grown man. Drawing on the tattered reality and stoicism of Merle Haggard, the yearning of David Allan Coe’s Darlin’ Darlin era, the ragged fringe of Johnny Paycheck, Lewis collaborated with many of the songwriters who’ve become his friends over the last dozen years for the first time.

“Over the years, you hang out and one thing leads to another, and you’re writing songs,” the deep voiced songwriter explains. “When you’ve got Chris Wallen, Dan Tyminski, Ira Dean, Matt McGinn, Jeffrey Steele or David Lee Murphy sitting there talking, songs just tend to fall out. And when you realize what you got, you just keep going. These are all men who know country music’s depths, so for all of us, we got to write songs you don’t hear every day.”

“The beauty of country music is the often less is more,”

“The beauty of country music is that often less is more,” Lewis says. “These songs did the work, all we needed to do was support them. These players are so gifted, they can say more in a few notes than a lot of people… It was a privilege seeing them bring these stories and feelings to life.”

With the post-Dust Bowl Country of the reap-what-you-sow “Get What You Get,” the broken “Pull Me Under,” the minor keyed double entendre road life lament “Life Between Bars,” the dobro-heavy acceptance lullaby “Kill Me Like You Love Me,” high lonesome memory that can’t be outrun “Waiting There For Me” and the hopeful closer “Someone,” Lewis built on the starkness of “Am I The Only One,” his No. 1 Billboard Hot Country Songs debut – only the ninth such debut since the chart’s debut in 1958 – of frustration voiced and manifested.

To celebrate the release of FRAYED AT BOTH ENDS, Lewis returns to FOX & Friends on January 31. With a performance of “Everybody Talks To God” taped at an intimate concert for the troops at Kentucky’s Fort Campbell, Lewis will talk about the new album, his commitment to country music and his stripped down FRAYED AT BOTH ENDS, THE ACOUSTIC TOUR.

Mixed by Chris Lord-Algae, the 5-time GRAMMY®-winning engineer made the warmth of the playing and depth in the room undeniable. For fans of Lewis’ haunted, brass tacks kind of Country music, this is the essence of what he’s been chasing since arriving in Nashville to make music that honors the roots of his raising. Having invested in the community, the community has become an outgrowth of that love for the splinters and reckonings that once made Country such a good place to drown one’s sorrows and figure out how to move on from the wreckage one creates.