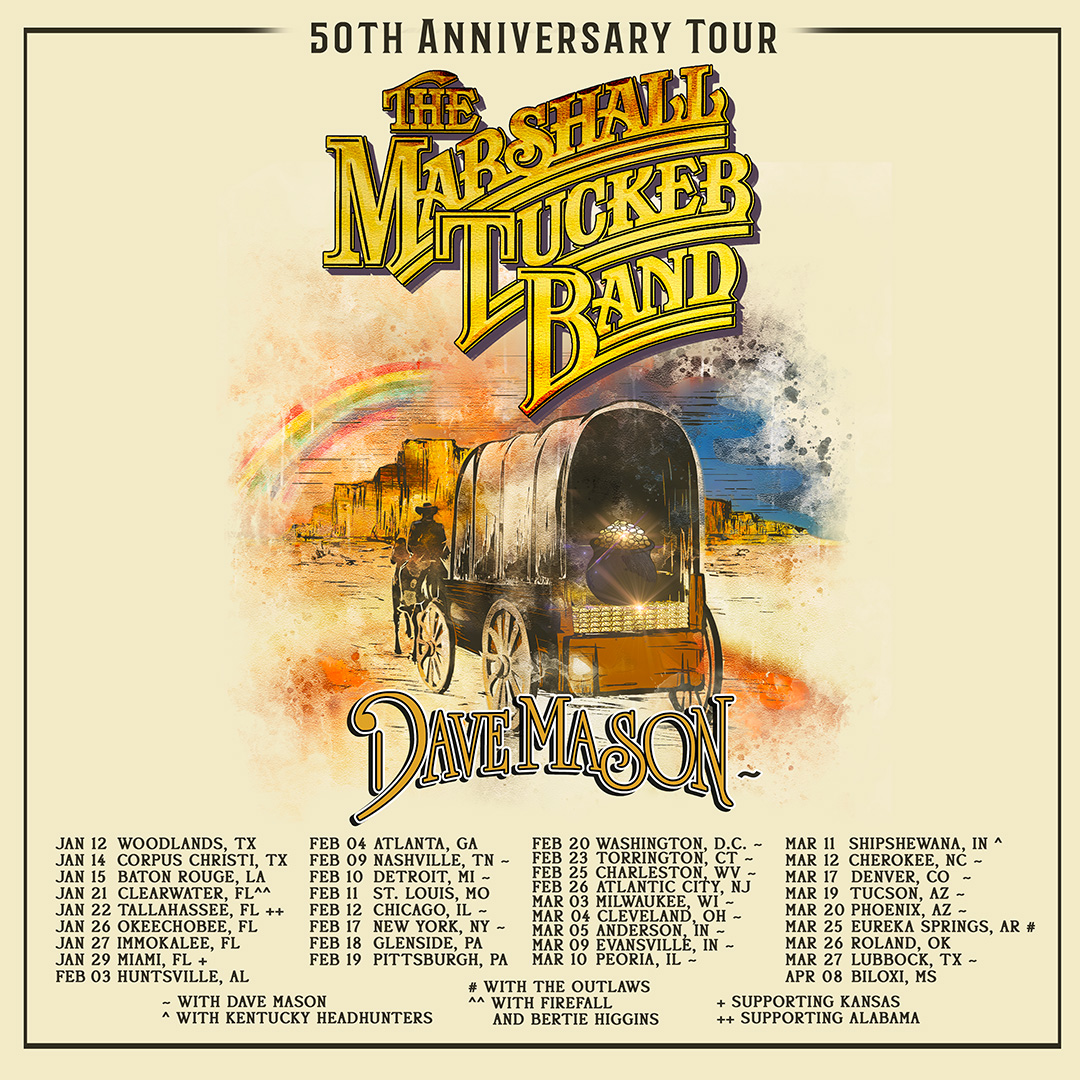 “Five decades of The Marshall Tucker Band … sometimes it’s still hard to understand,” says MTB lead singer Doug Gray. “We are just regular people. The fans have given us so many special moments over these 50 years. I’m so proud of our band.”

In 1972, original members Toy Caldwell, Tommy Caldwell, Doug Gray, Jerry Eubanks, George McCorkle and Paul Riddle came together in Spartanburg, S.C. to form a southern rock band. They knew they had the magic for something that could reach people well beyond the South Carolina state line. They had the sound, the look, and the camaraderie. Problem was, they didn’t have a name. One day while rehearsing in a local warehouse, they came across a key ring with the inscription, ‘Marshall Tucker.’ It belonged to a blind piano tuner who resided in Spartanburg. It was this fated discovery that inspired the band’s moniker, and in that moment, The Marshall Tucker Band was born.

“I’m really looking forward to joining the 50th anniversary celebration of this extraordinary band,” says Mason. “I’ve been waiting to get back on the road, and this is quite the opportunity to bring great music to everybody, everywhere.”

“Our special songs, guided by the lyrics of Toy Caldwell, have given us a deep emotional connection with our fans and friends,” adds Gray. “We love you all and can’t wait to see you on the road in 2022.”

The tour officially kicks-off on Jan. 12 at the Dosey Doe in The Woodlands, TX.

In the coming weeks, the second leg of the tour will be announced via marshalltucker.com.