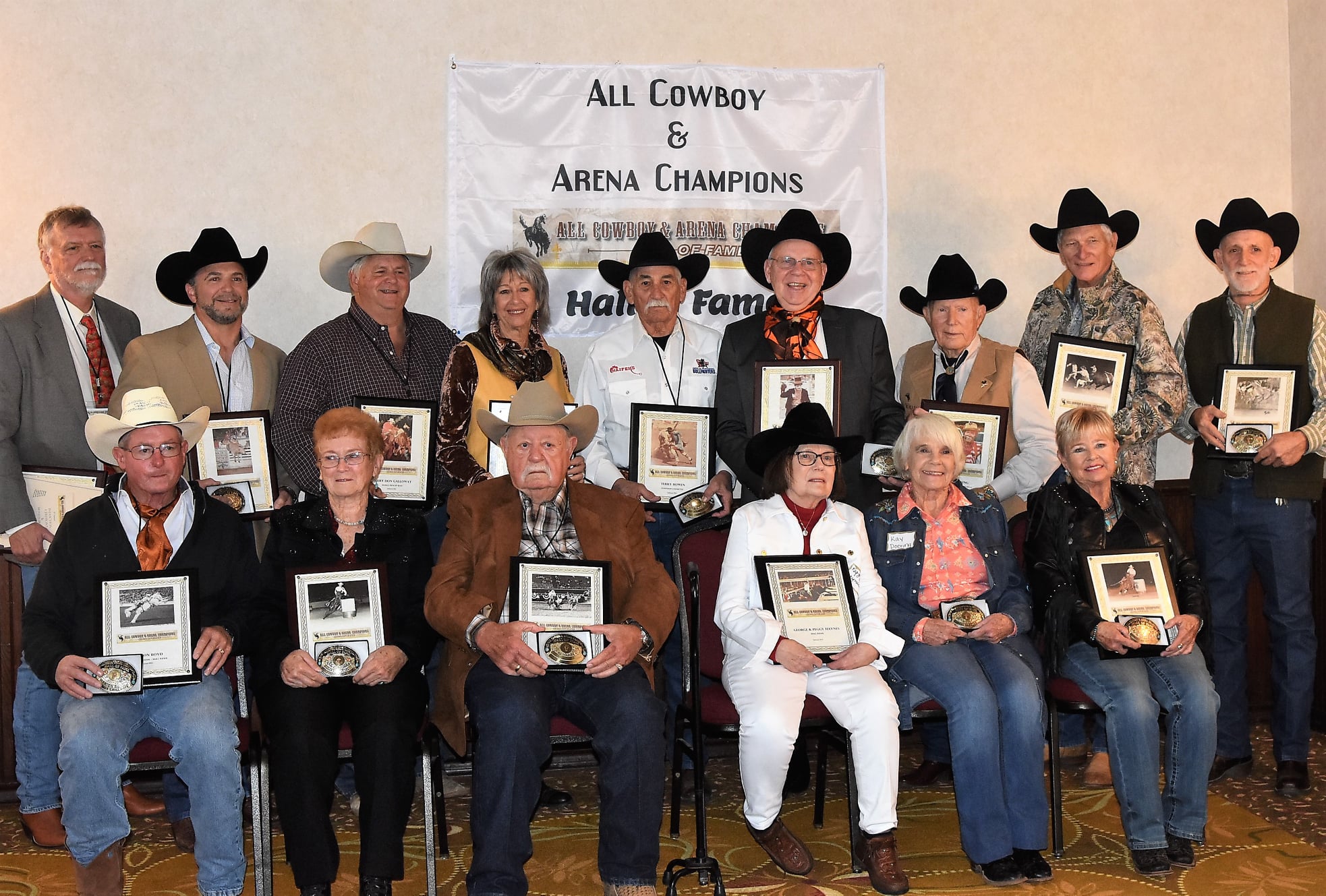 Kerrville, TX – The All Cowboy & Arena Champions Hall of Fame held their annual Induction Ceremony in Kerrville, TX on Nov. 13, 2021. This was the sixth year of inductions for the Hall of Fame.

ABOUT COWBOY & ARENA CHAMPIONS
The All Cowboys & Arena Champions Hall of Fame was established and founded by rodeo historian and former contestant, O.D. ‘Dean’ Anderson. It is an internet-based Hall of Fame for the purpose of recognizing top individuals in the rodeo and arena related world and people who love the Western culture. Honorees may or may not be associated with associations that currently have a hall of fame. Some honorees may also have been recognized by other halls of fame.

Visit About Cowboy & Arena Champions on these platforms.
WEBSITE