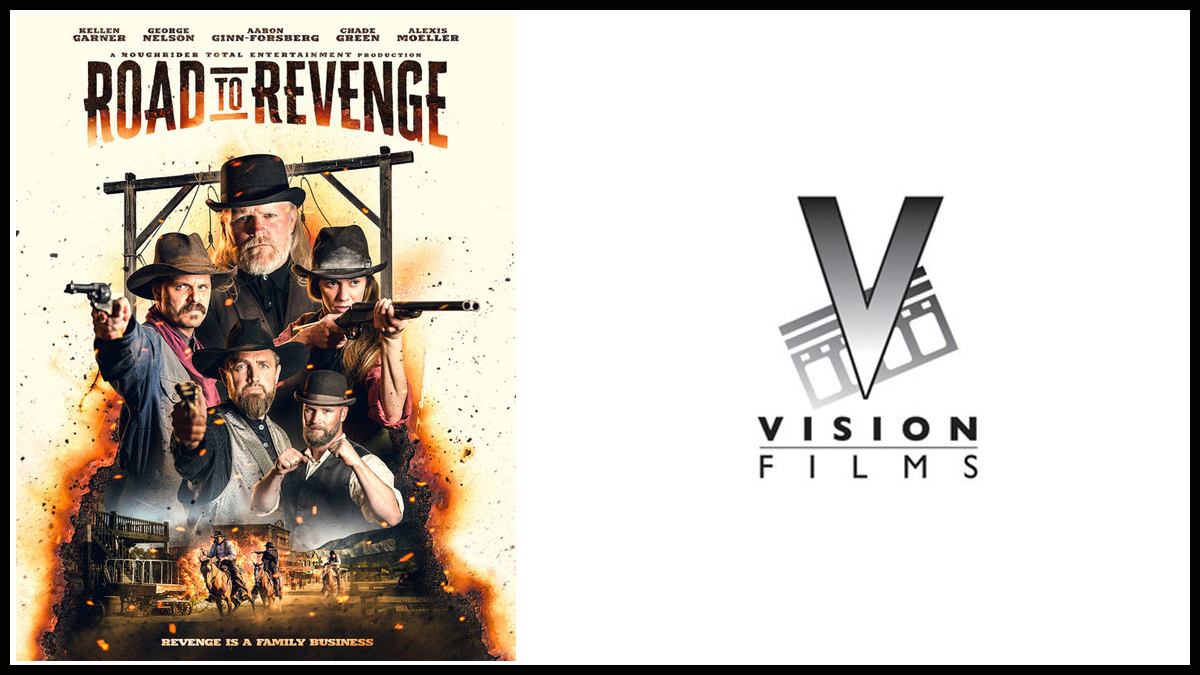 LOS ANGELES, Oct. 18, 2021 /PRNewswire/ — Vision Films Inc. (“Vision”) announces the US and Canadian VOD release of Wild West adventure Road To Revenge on November 16, 2021. Directed and produced by Kellen Garner and Christopher Sheffeld and produced by George Nelson, all of Roughrider Total Entertainment. The cast and crew are founders and members of The Arizona Roughriders, the successful professional stunt acting team that perform all over the country. George Nelson has produced, directed, and coordinated over 50 live action stunt shows in Europe, Asia, Bermuda, and the United States while also working on various film and television projects as a stuntman and stunt coordinator. The team now brings their death-defying cowboy stunts to the big screen for the first time under their own banner.

Synopsis: Set in the Wild West, revenge is a family business as four estranged siblings set aside old feuds to seek retribution for the murder of their mother and sister. With no one to trust except themselves, can they overcome the odds and settle the score or are they outgunned and outnumbered in the gunfight of their lives?

Lise Romanoff, CEO/Managing Director of Vision Films shares, “True gun-slinging Westerns are few and far between and Vision is excited to present Road To Revenge to audiences this fall. The incredible stunts and Wild West authenticity make this film a great adventure and enjoyable escape.”

Producer George Nelson says, “This film is our tribute to all of our Western heroes and action stars.”

Road To Revenge will be available on all major streaming and cable platforms in the US and Canada and on DVD November 16, 2021.

Vision Films is a leading independent sales and VOD aggregator specializing in the licensing, marketing, and distribution of over 800 feature films, documentaries, and series from some of the most prolific independent film producers in the world. Led by Lise Romanoff, Managing Director/CEO Worldwide Distribution, Vision Films releases 2-4 films a month across Theatrical, VOD, DVD, and television platforms. visionfilms.net

Roughrider Total Entertainment – Your one stop shop for all your western entertainment needs cowboy stunts. roughridertotalentertainment.com

Season 4 of Yellowstone will bring some new faces to our screens.