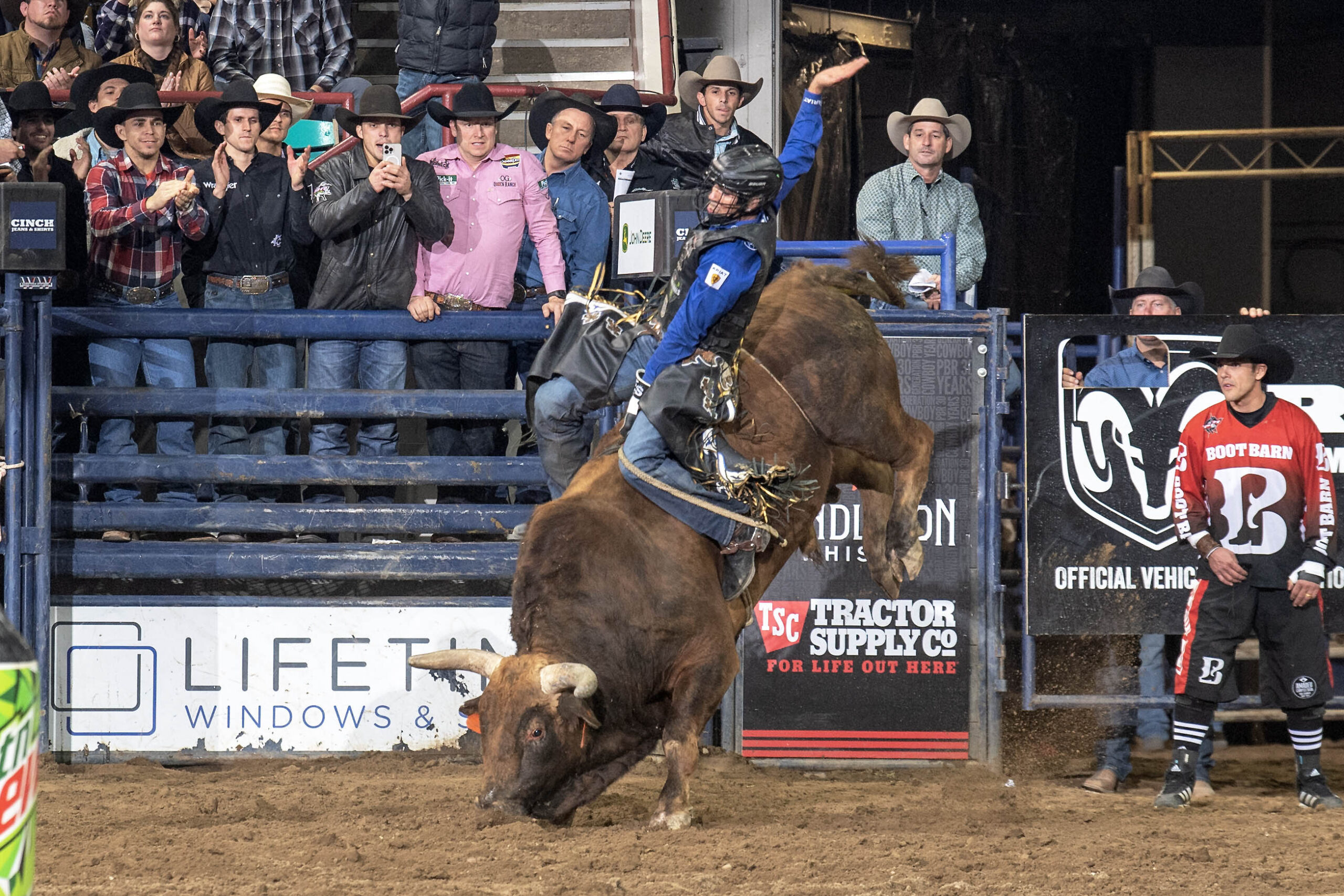 De Castro had the high-marked ride out of the field of 90 at 89.5 points. His score came aboard Montana Jacket owned by Berg/Coleman/Ogden/Hart and not only did it garner him a first place in the round, it gave him a chance to win the championship at the Velocity Tour event.

The top 30 riders from Monday and Tuesday night’s competitions advance to a second round on Wednesday night. Then scores are added together with 15 competing in the finals which will start after round two. Then scores are added together and the bull rider with the highest total gets the lion’s share of the prize money and one of the most prestigious championships on the Pendleton Whisky Velocity Tour.

Along with money, bull riders are earning valuable tour points which help them qualify for events and move into the elite Unleash the Beast Tour. Grayson Cole from New Ringgold, Pennsylvania, scored 89 points in the Denver Coliseum on Monday night finishing second in the first round. Cole was aboard the bull named Busted Knuckle owned by Bierema Rodeo Inc.

There was a tie for third place at 86.5 points. One of those rides – Robbie Taylor Jr., from Chinle, Arizona – came on Monday night. The second was Jasper, Texas, resident Braden Richardson on Tuesday.

PBR action continues in the Denver Coliseum beginning at 7 p.m. on Wednesday, Jan. 11.