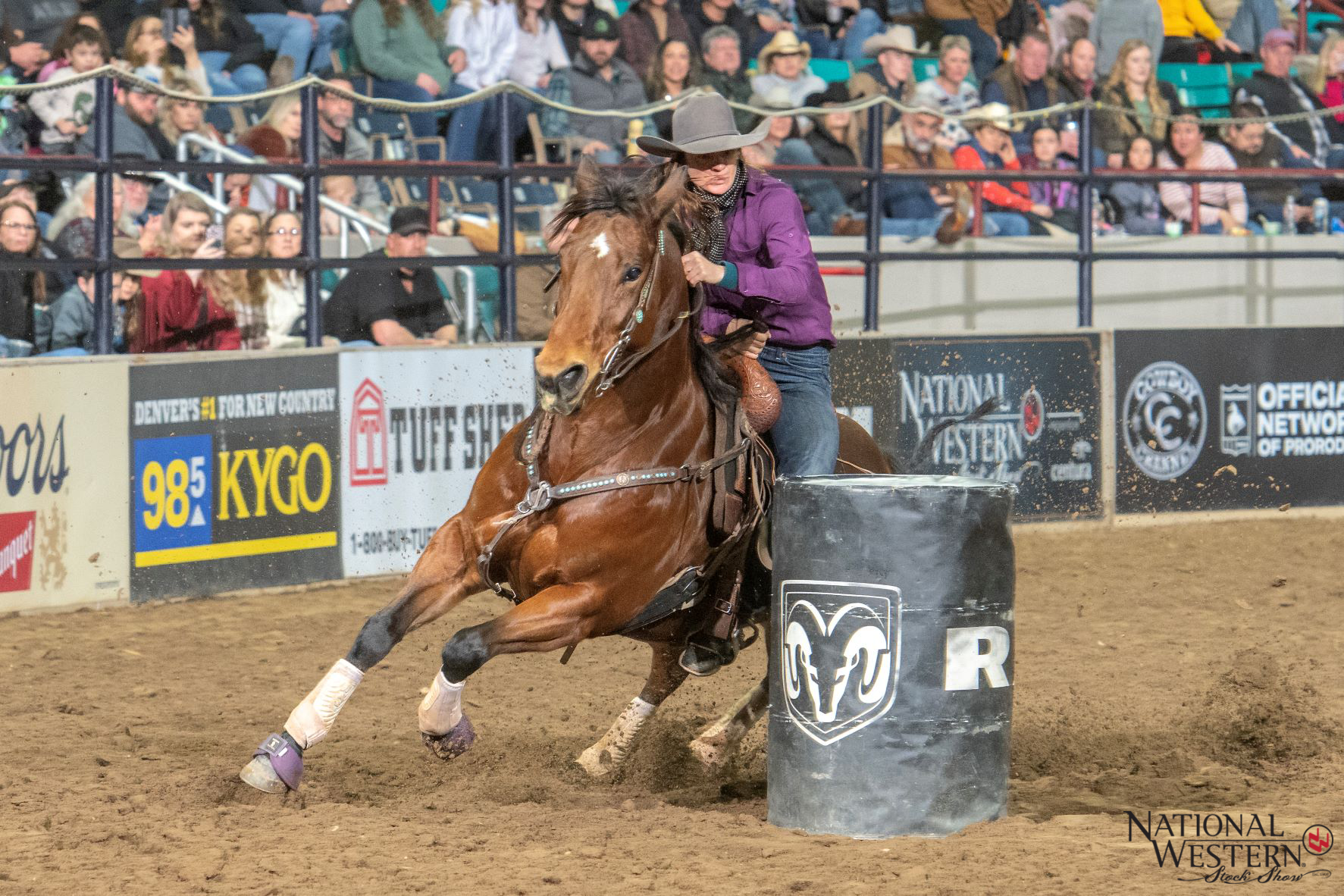 DENVER, Colo. (January 21, 2023) — There is just one performance left at the National Western Stock Show presented by Centura Health and it promises to have some of the most exciting action yet.

Three semifinals rodeo performances were held on Saturday and the sold-out crowds enjoyed every bit of the rodeo action. Saturday night was especially exciting for barrel racer Darby Fox from King Hill, Idaho.

The rodeo started out with 80 contestants in each event competing in one of eight brackets. Three of the contestants from every event then advanced to the semifinals based on how they finished in the individual brackets. Those 24 contestants were divided into three semifinals performances held in the Denver Coliseum on Saturday.

Fox was one of the barrel racers that qualified for the rodeo performances. Then she became the only woman to have to runs less than 15 seconds in a bracket. She was at the top of the leaderboard in Bracket six. When she made her run in semifinals three there was a 15.04-second time by her name and she once again was at the top.

Fox has been riding a mare that she bought as a yearling and trained herself. She started seasoning her in 2022 and the experience paid off for both of them. Last year, she won $10,086 at rodeos. Thanks to her success in Denver, she has already collected $7,776 and stands to win more on Sunday.

The reigning world champion all-around cowboy and bull rider, Stetson Wright from Milford, Utah is hoping to add his name to the winners list here and join members of  his legendary family that have already clamed championships in the Denver Coliseum, including his father, Cody Wright, uncle Spencer Wright and brother Rusty Wright.

Stetson competed in the semifinals in both of his signature events, saddle bronc riding and bull riding. He has already won money in both of those events and everything he wins here will help jumpstart the year and put him in contention for more gold buckles. At 23-years-old, he has seven world titles on his resume already, four all-around, two in the bull riding and one in saddle bronc.

Sunday will be the final day of the 117th National Western’s 16-day run. The rodeo will begin at 2 p.m. and will be aired live on the Cowboy Channel.