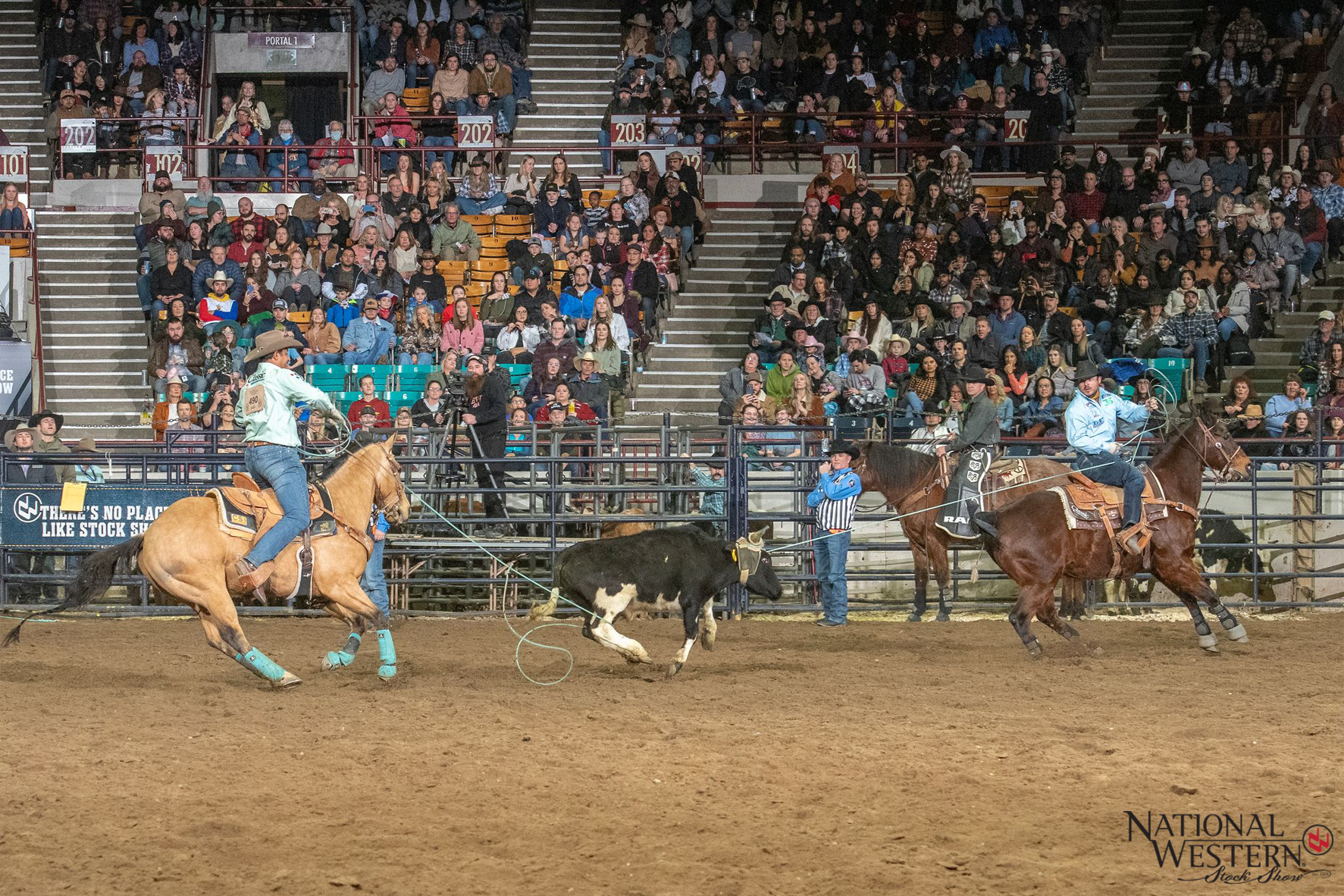 The first stage of the bracketed rodeo format was completed on Friday with the final contestants advancing to Saturday’s Semifinals. There have been eight brackets total with the best three contestants in each event moving on.

Reigning world champion team ropers Kaleb Driggers, from Hoboken, Ga., and Junior Nogueira, from Presidente Prude, Brazil are looking for their first Denver win. They just collected their second gold buckles last December at the Wrangler National Finals Rodeo in Las Vegas. It was obvious to the fans in the Denver Coliseum that they have kept their momentum rolling.

With Driggers roping the steer’s horns and Nogueira catching heels, they were solid in the matinee at 5.1. They came back Friday night with one of the fastest times of the rodeo at 4.1 to qualify for the semifinals. Also moving on from bracket 8 are Texans Tanner Tomlinson and Patrick Smith who also had success in Las Vegas. Tomlinson and Smith won the overall championship at the NFR for having the fastest total time on ten runs and finished as the reserve world champions.

Another contestant having success here is Canada’s Curtis Cassidy who won the title in the Denver in 2009. Cassidy is an eight-time Wrangler National Finals Rodeo qualifier that estimates he has competed here for nearly 25 years. He joined the Professional Rodeo Cowboys Association in 1998 and has earned numerous titles in his home country.

Cassidy was one of four Canadians in Bracket 8 and the only one to advance to the semifinals. He stopped the clock in 4.0 seconds during the matinee performance, then came back with a 4.1 to be at the top of the leaderboard with a total of 8.1.

There was a tie at the top in the tie-down roping between two young guns in the industry, 2020 world champion Shad Mayfield and first time NFR qualifier Riley Webb. Mayfield, who is 22-years-old, from Clovis, N.M., has competed at the NFR four times and is looking for his second gold buckle. He finished as the reserve champion in 2022.

Webb is two years younger and made his first trip to Las Vegas to compete last year where he finished 12th in the world standings. They both stopped the clock in 8.8 seconds during the matinee performance, came back and finished in 8.3 seconds Friday night and are tied at the top with a total of 17.1.

There will be eight contestants in each event in each of the three semifinals performances on Saturday. Four of them will advance to Sunday’s championship finals. Saturday’s rodeos will begin at 11 a.m., 3:30 and 8 p.m.