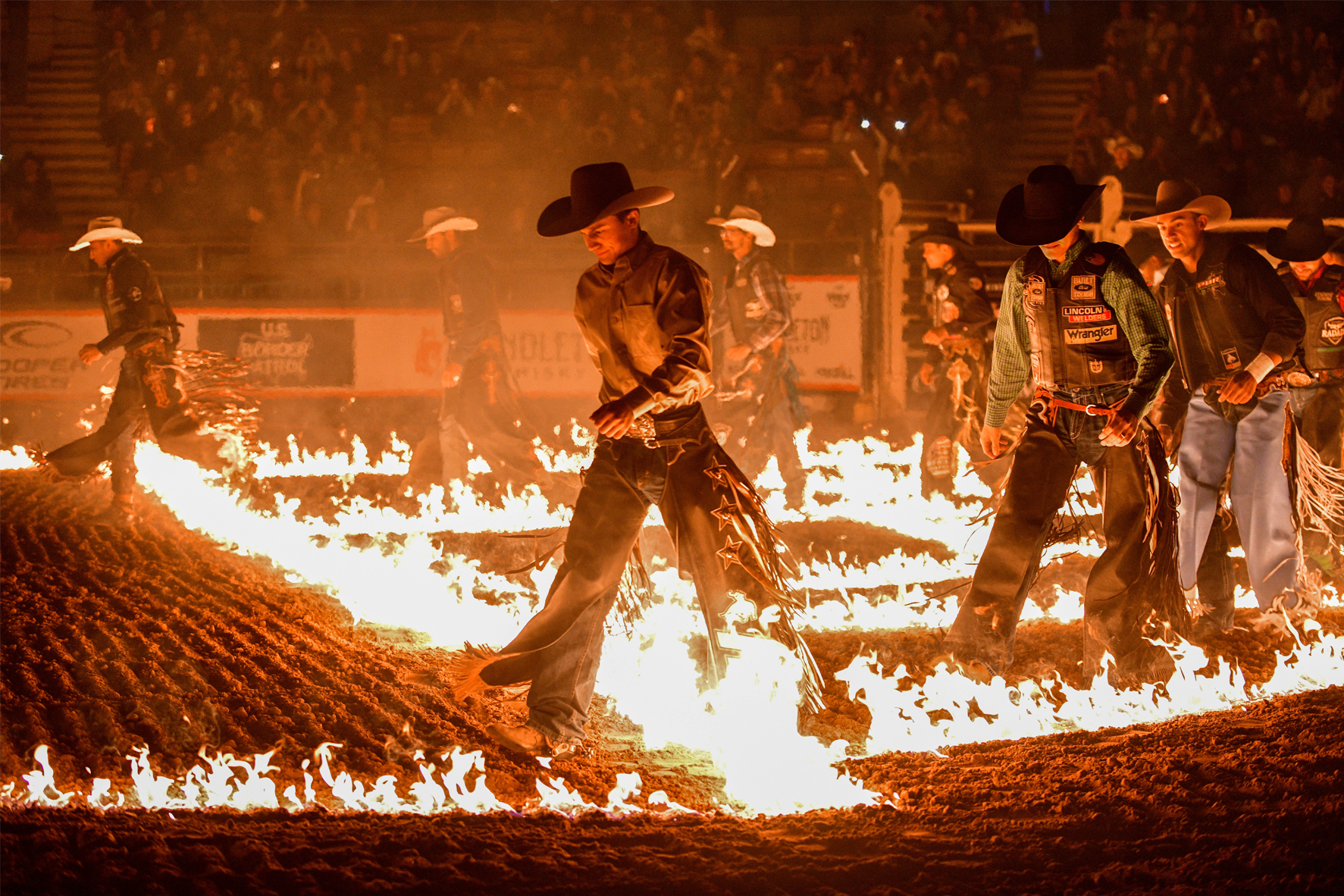 FORT WORTH, Texas (January 12, 2023) – As part of the joint venture between the PBR (Professional Bull Riders), ASM Global and Stockyards Heritage Development Co., it was today announced that the historic Cowtown Coliseum in the Fort Worth Stockyards will host a 30-week PBR series, welcoming the Stockyards Showcase on Thursdays from January 19-November 16.

Each event, some of the best bull riders in the world will battle the sport’s rankest bovine athletes in the ultimate showdown of man vs. beast in one of the most exciting live sporting events to witness.

Those events scheduled from January 19-March 30 will award Velocity Tour Global points and be crucial steppingstones as riders attempt to qualify for the 2023 PBR World Finals: Unleash The Beast, held May 12-21 at the nearby Dickies Arena.

From May 25-October 19, the PBR Stockyards Showcase will be a part of the Challenger Series, a proving ground for the sports’ top up-and-coming talent as well as riders of the PBR Team Series.

The final events of the year from October 26-November 16 will resume awarding Velocity Global points when the race for the 2024 PBR World Championship begins.

The Fort Worth Stockyards, including Cowtown Coliseum, is a global epicenter for the western lifestyle. Featuring some of the finest dining, nightlife, and shopping, the PBR Stockyards Showcase is a natural addition to the already bustling community.

Additionally, the PBR Stockyards Showcase will complement the well-established Stockyards Championship Rodeo, the world’s only year-round rodeo, held every Friday and Saturday.

“Cowtown Coliseum has been the host to the first indoor rodeo, the first radio broadcasted rodeo and first televised rodeo in the United States.  It’s only fitting that this iconic Fort Worth venue be host to the first PBR residency,” said Tim Long, Cowtown Coliseum General Manger. “Throughout the COVID crisis the western sports world, led by PBR, demonstrated its resiliency and determination to continue to bring entertainment to the public based on the core values of our country.  I could not be more excited to add the PBR Stockyards Showcase bull riding event on Thursday nights to our Friday and Saturday night Stockyards Championship Rodeo Lineup.”

“Since the announcement of our joint venture, we have worked diligently alongside our partners to bring a variety of Western lifestyle programming to the iconic Cowtown Coliseum and Fort Worth Stockyards. With the Stockyards Showcase, we are poised to bring the community PBR competition like never before,” said Sean Gleason, PBR CEO and Commissioner. “We couldn’t think of a more fitting venue to host our first year-long series, and are enthusiastic for it to be the new kickoff event to the well-established Stockyards Championship Rodeo.”

Since the announcement of the joint venture in June 2021, the partnership has brought a multitude of western lifestyle programming to Cowtown Coliseum, including Bulls Gone Wild, Mexico In Our Blood, Bill Pickett Invitational Rodeo, and more.

In May 2022, the PBR held numerous events at Cowtown Coliseum and the Fort Worth Stockyards in tandem with the 2022 PBR World Finals: Unleash The Beast, including the 2022 Women’s Rodeo World Championship, NBHA’s (National Barrel Horse Association) Super Showcase and PBR Cowboy Expo.

Later that summer, an 11-event PBR Challenger Series event series was brought to Cowtown Coliseum, as the organization held a bull riding event every Sunday from June 12-August 21.

Tickets for the Stockyards Showcase are on sale now and can be purchased at the Cowtown Coliseum Box Office or at CowtownColiseum.com.

The complete schedule of events is as follows:

The action will get underway every Thursday night inside Cowtown Coliseum starting at 7:30 p.m. CT.

For more information on the PBR Stockyards Showcase visit CowtownColiseum.com.

PBR is the world’s premier bull riding organization. More than 500 bull riders compete in more than 200 events annually across the televised PBR Unleash The Beast tour (UTB), which features the top bull riders in the world; the PBR Pendleton Whisky Velocity Tour (PWVT); the PBR Touring Pro Division (TPD); and the PBR’s international circuits in Australia, Brazil, Canada and Mexico. In 2022, PBR launched the PBR Team Series—eight teams of the world’s best bull riders competing for a new championship—as well as the PBR Challenger Series with more than 60 annual events nationwide. The organization’s digital assets include PBR RidePass on Pluto TV, which is home to Western sports. PBR is a subsidiary of Endeavor, a global sports and entertainment company. For more information, visit PBR.com, or follow on Facebook at Facebook.com/PBR, Twitter at Twitter.com/PBR, and YouTube at YouTube.com/PBR.