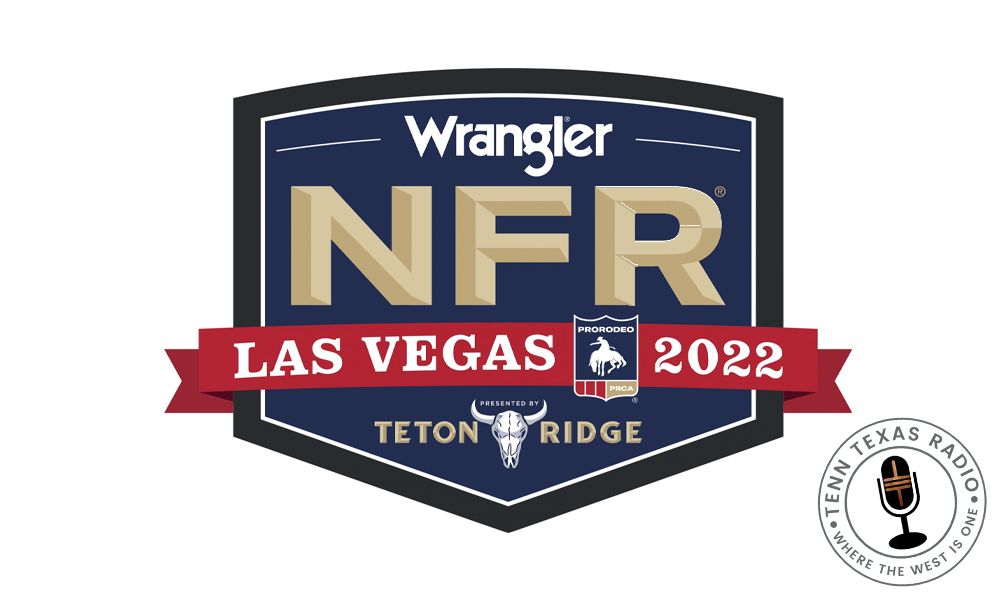 Vegas Night is the opening act and the national anthem will be performed by country singer Easton Corbin. Pendleton Whisky is the performance sponsor. Vegas NFR Icon – Trevor Brazile – will be honored in an arena presentation and a banner will be unveiled in the rafters of the Thomas & Mack Center.

WRANGLER NFR LIVE ON TELEVISION AND INTERNET
The 2022 Wrangler National Finals Rodeo® presented by Teton Ridge airs nightly starting Dec. 1 at 5:45 p.m. PST/8:45 p.m. (EST). The Cowboy Channel is the official network partner of PRORODEO® and the exclusive broadcast and streaming partner of the NFR. Live coverage of the NFR can be found on The Cowboy Channel and RFD-TV through its cable and satellite partners, and online at cowboychannelplus.com.

Streaming: Fans can purchase an NFR streaming pass for the Cowboy Channel + for $99.99. The pass includes 10 days worth of 24/7 access to a high-definition live stream of the Cowboy Channel, special access to live feeds from the Thomas & Mack Center and access to 2022 NFR video on demand for 30 days.

STETSON WRIGHT HAS FIRM HOLD ON ALL-AROUND RACE
From 2002, the all-around race was staple for Trevor Brazile to win. Brazile, who was inducted into the ProRodeo Hall of Fame in Colorado Springs, Colo., in July, won a PRCA-record 26 gold buckles – a PRCA record 14 in the all-around (2002-04, 2006-15, 2018). Now Stetson Wright has become the king of cowboys capturing three all-around world titles in a row as well as a bull riding crown (2020) and saddle bronc riding world championship (2021). Wright is in great position to win his fourth all-around crown in 2022 as he arrives in Las Vegas leading the all-around PRCA | RAM World Standings with a PRCA regular-season earnings record – pre-NFR – with $378,340. He has a massive lead in the all-around race. He’s also leading the bull riding standings by $92,042 over Josh Frost and he’s second in the saddle bronc riding standings $60,071 behind leader Sage Newman.  Wright is aiming to become the first three-time world champ in one year since 2010 when Brazile was the champion in the all-around, team roping as a header, and tie-down roping. According to ProRodeo records, no cowboy has won three world championships in one season in all-around, saddle bronc and bull riding.

“Any cowboy who puts his hand in a bull rope it is their dream to make the NFR,”

BULL RIDER COLE FISCHER TO COMPETE AT WRANGLER NFR
Due to unique and unusual circumstances, the PRCA made the decision on Nov. 18 to take 16 bull riders to the 2022 Wrangler National Finals Rodeo presented by Teton Ridge. Cole Fischer will now make his Wrangler NFR debut Dec. 1-10 at the Thomas & Mack Center in Las Vegas. “Any cowboy who puts his hand in a bull rope it is their dream to make the NFR,” said Fischer, 30.

J. TOM FISHER CAPTURES HIS FIRST CAREER STEER ROPING GOLD BUCKLE
This is a moment J. Tom Fisher replayed in his head thousands of times – having a chance to be the PRCA Steer Roping World Champion in Round 10 at the National Finals Steer Roping. On Nov. 5 at the Kansas Star Arena in Mulvane, Fisher won Round 10 with a 9.5-second run, which set things in motion for him to win his first career gold buckle. Fisher finished atop the PRCA | RAM World Standings with $123,477.

Cole Franks looks to build off his strong NFR debut a year ago by matching up with Resistol’s Dirty Jacket from Pete Carr Pro Rodeo. Jess Pope was 89 points on Dirty Jacket at the West of Pecos (Texas) Rodeo

In saddle bronc riding, Brody Cress has his sights set on another NFR average title, matching up with Bar T Rodeo’s Jitter Bug in Round 1. In seven qualified rides in 2022, the average score on the horse was 84.5 points. Canadian Logan Hay drew a familiar foe, pairing with Burch Rodeo’s Bubble Bath. The two first met in April at the Clovis (Calif.) Rodeo, ending in an 86-point ride. RAM | World Standings leader Sage Newman notched the highest score on the horse this season, earning a 90-point ride at the Xtreme Broncs Final in Rapid City, S.D

In bull riding, the young JR Stratford enters inside the yellow bucking chutes for the first time, matching up with Pickett Pro Rodeo Co.’s Pendleton Punchline. Fellow NFR competitor Josh Frost was paired with the bull back on June 22 at the West of the Pecos (Texas) Rodeo, scoring an 89-point ride. First-time NFR qualifier Tristen Hutchings aims to make a statement in Round 1 with a tough battery mate in Stockyards ProRodeo’s Party Animal. Since 2020, only three bull riders have made the eight-second mark in 26 attempts. During that time, Party Animal has notched an average stock score of 44.23.

WILL RECORDS BE BROKEN TONIGHT?

DAY SHEET FOR ROUND 1