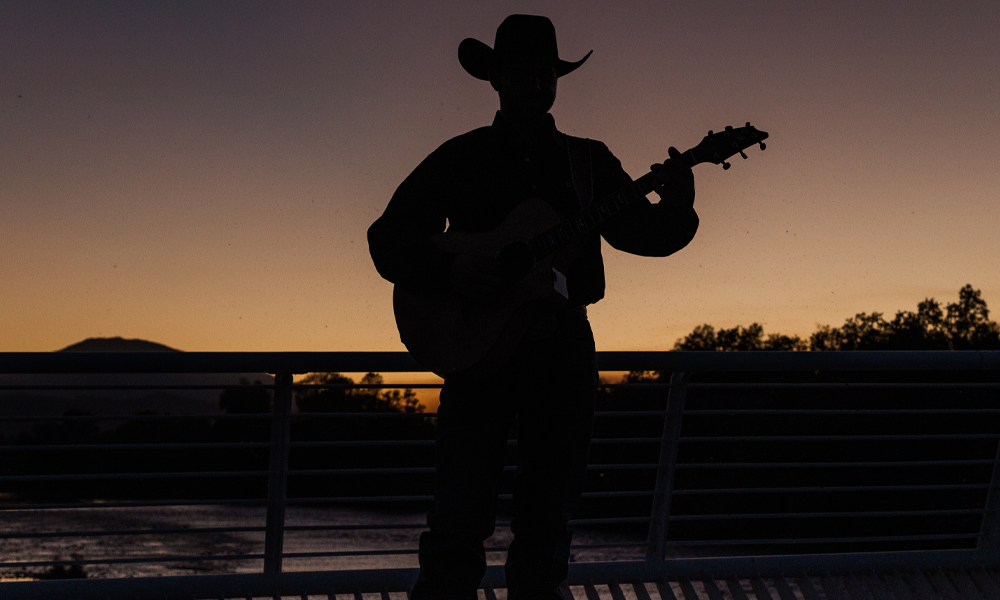 NASHVILLE, TN – With calloused hands and a soft heart, Chad Bushnell is a rodeo Romeo in his upcoming single “Fallin’ In Love With You.” Showing his romantic side in the November 18th single release, Bushnell shows country boys aren’t all rough and tough all the time, drawing inspiration from great country love songs.

“I remember performing at the California State FFA Convention when I was 16 years old and listening to Josh Turner’s song ‘So Not My Baby’,”

“I remember performing at the California State FFA Convention when I was 16 years old and listening to Josh Turner’s song ‘So Not My Baby’,” says Bushnell. “I always hoped I’d write a song with a similar tempo and message as that, and ‘Fallin’ In Love With You’ is that song.”

Chad Bushnell has unlocked the recipe to a great love song – soulful ballad sung straight from the heart in a sentimental-sounding traditional country track. “Fallin’ In Love With You” will undoubtedly make its way to wedding playlists, as Bushnell pictures “a couple on a date driving down a backroad listening” to the track.

“Fallin’ In Love With You” is the cowboy’s third single release this year, following “Ain’t Much Changed” and “Outa Style” – all of which will be featured on his upcoming album.

“Chad Bushnell is really wearing his heart on his sleeve in this release, and the song adds such a nice touch to the upcoming album,”

For more on Chad Bushnell, visit www.chadbushnell.com and follow him on social media @chadbushnellmusic.