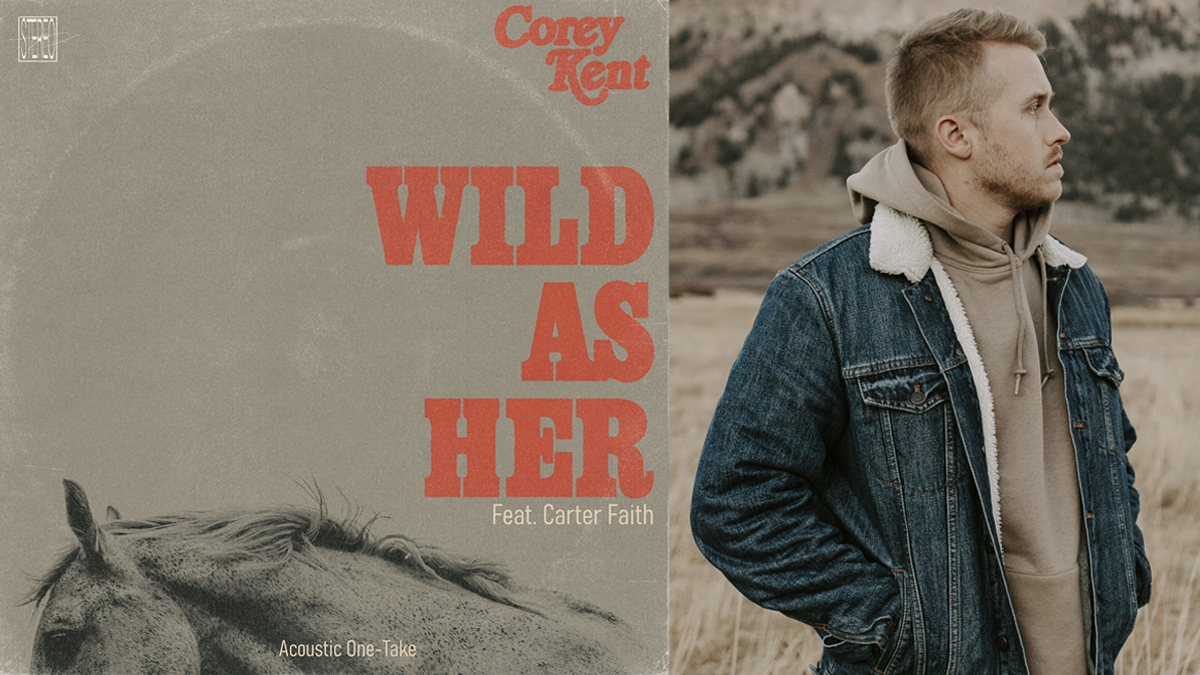 ““I’m excited to announce that I’m officially a Sony Music Nashville Artist,” says Kent of his signing. “My team and I were humbled to have interest and offers from multiple labels across the country, but over time it became very apparent that Sony was the right team for me. They really shared my vision and had passion for the brand of country music I’m creating. I don’t see signing this deal as the finish line… I see it as the starting block. Now it’s time to go to work and I can’t wait to see what we accomplish together!“

2022 is already proving to be a standout year for Corey. His debut single, “Wild As Her,” recently landed Corey his first-ever entry into the Billboard Hot 100 after exploding on the streaming platforms with nearly 70 million streams in just 4 months. In celebration of today’s news, Kent has released a new “Wild As Her” duet with Carter Faith (listen here).

“We had talked about making “Wild As Her” a duet early on, but I’m very particular about collabs, and no one immediately came to mind, so we just put it on the back burner,” says Kent on the duet.  “Then one day I’m listening to Carter’s song “Joyride” and then boom it hit me…Carter would be perfect! We reached out to her team and were able to make it happen!”

“When I heard “Wild as Her,” I was immediately obsessed,”

“When Corey asked me to sing on it, I was genuinely so honored. The song is doing such insane things and I am excited to be a small part of that!”

With the small-town charm of a boy from Bixby, OK, the big-city energy of Dallas, TX, and vocal prowess that rivals Nashville’s best – Corey Kent has been poised for a career in music from the beginning.  Growing up influenced by various genres and artists, Corey started his journey in music at an early age.  Taking the stage at age 11 as the lead singer for a touring Western Swing band, Corey hit early career milestones opening for legendary acts like Roy Clark and The Oak Ridge Boys. A few years later, he would be booking gigs around his hometown of Bixby, OK and by 17 he made his way to Nashville.

In 2020, Corey released his From the West LP which garnered 3.5+ million aggregate streams and set the stage for his next chapter. His song “Gold” and fan favorite “Ain’t My Day has nearly 15 million streams combined.  In December of 2021, Corey released his sophomore album, ’21, to an overwhelmingly positive reception and landed on multiple playlists across the streaming platforms with his single “There’s Always Next Year.” On March 4, 2022, Corey released his smash hit single “Wild As Her.”

A road warrior, Corey has been seen out on the road performing over 100 shows a year in 2021 alone.  Along with headlining his own shows and playing the top music festivals across the country, Corey has been the supporting act for artists including as Parker McCollum, Cody Johnson, Chase Rice, Eli Young, Josh Abbott, Flatland Cavalry, and Kolby Cooper.  Corey also has major success writing songs for others including Kolby Cooper, Brandon Jenkins, Clark Green’s #1 hit “Hit You Where It Hurts” and more.