RIDER QUALIFIERS ANNOUNCED FOR FIRST-EVER PBR WORLD FINALS IN FORT WORTH, TEXAS, AS INTENSE RACE TO BE CROWNED THE 2022 WORLD CHAMPION WINDS TO A CLIMACTIC END.
Advertisement 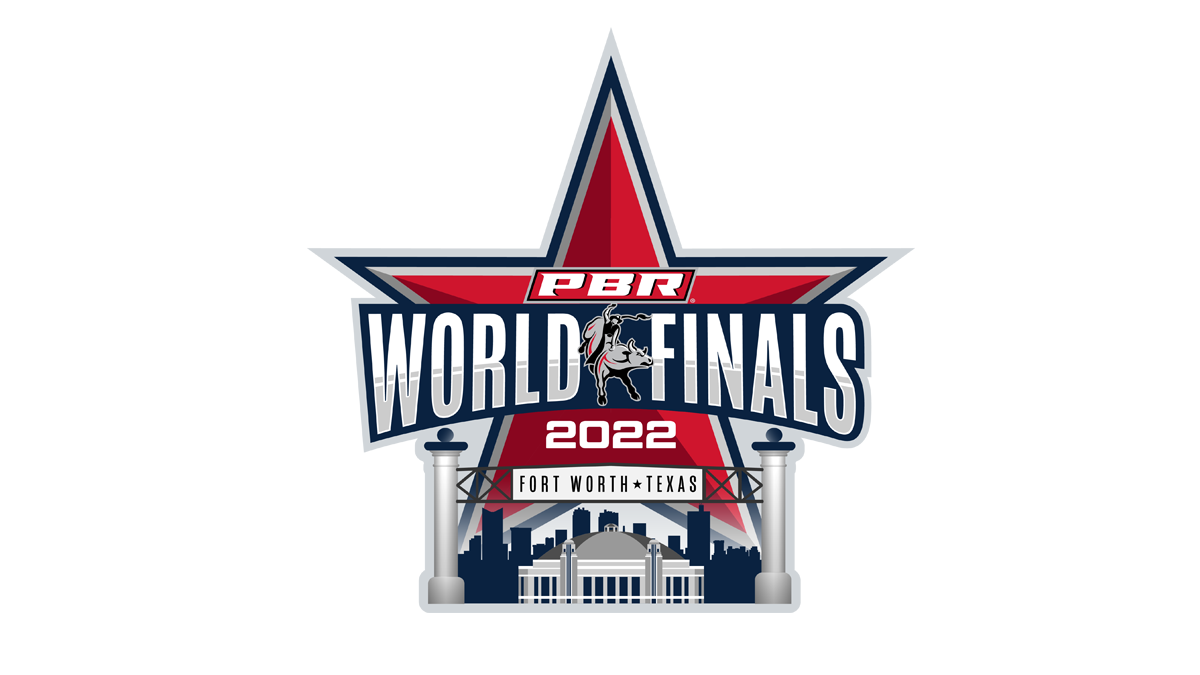 FORT WORTH, Tex. (May 9, 2022) – Ahead of the first-ever PBR (Professional Bull Riders) World Finals in Fort Worth, Texas, the organization today announced the 40 riders who will compete at bull riding’s most prestigious event, as the intense battle to be crowned the 2022 PBR World Champion approaches a climactic end May 13-22 at Dickies Arena, when after eight rounds of action, one rider will earn the coveted gold buckle and $1 million bonus.

In one of the fiercest races in modern times, world No. 1 Daylon Swearingen and No. 2 Joao Ricardo Vieira will begin the event separated by a mere 8.99 points, with the world’s Top 10 within less than 420 points of one another.

At the 2022 PBR World Finals, one rider, not including ride score points, has the chance to earn a maximum 1,200 world points. Each round winner will earn 80 world points, with the event winner collecting 560 world points. Riders will also earn points for their ride scores. Rides from 70-79.75 points will earn 7 points, 80-89.75 will earn 8 points and rides 90-99.75 will earn 9 bonus points. Should a rider register eight 90-point rides, he would earn and additional 72 world points.

The 35 qualifiers via the world standings who will put it all on the line in Fort Worth are:

While Vieira concluded the regular-season for the elite Unleash The Beast in control of the top rank, Swearingen delivered a 2-for-3 showing at the 2022 PBR Pendleton Whisky Velocity Tour Finals, presented by Coastal Bend Chevy Dealers, earning a third-place finish and 41.33 points on Saturday night, leap-frogging Vieira for the No. 1 position.

Twenty-two-year-old Swearingen has been a consistent presence atop the world rankings, including spending three weeks at the start of the season atop the standings. He won two premier series events in 2022, while registering a second-best six 90-point rides, including his 93-point ride aboard I’m Legit Too in Albuquerque, New Mexico, a career-best for the New York native.

Throughout 2022, Vieira led the world standings for 14 weeks, including eight consecutive weeks to end the regular season. He leads the PBR in most Unleash The Beast victories, topping the field three times, as well as bulls attempted (54) and bulls ridden (25). Vieira set a new career ride score record in late March when he rode reigning YETI PBR World Champion Bull Woopaa for a commanding 94.25 points.

Should Vieira earn his first gold buckle at season’s end, he would become the oldest PBR World Champion in history. The 37-year-old would surpass Adriano Moraes, who won his third title in 2006 at age 36.

No. 1 Swearingen and No. 2 Vieira are followed closely by the remainder of the Top 5 including 2018 PBR World Champion Kaique Pacheco (No. 3 and -89.49 points back) and two-time PBR World Champion Jose Vitor Leme (No. 4 and -260.99 points back). While No. 5 Kyler Oliver is within striking distance, 273.99 points back, he will not compete at the 2022 PBR World Finals due to his ongoing recovery for a neck injury (fractured C6) sustained in early April in Sioux Falls, South Dakota.

Seeking his second PBR World Championship in 2022, Pacheco was resurgent in the second half of the 2022 campaign.

After missing three events during the opening weeks of the season due to a separated left shoulder sustained in Duluth, Georgia, Pacheco turned a corner when he won $2.1 million at The American Rodeo in early March.

Beginning with his third-place effort the weekend following The American Rodeo in Glendale, Arizona, in just six events, Pacheco rocketed from the No. 52 world ranking to No. 3. Following his bronze effort in Arizona, Pacheco was second in Kansas City, Missouri, and then won the Sioux Falls, South Dakota, stop after not registering a qualified ride in Albuquerque. That win was then followed by his second event victory of the year in Everett, Washington, and fifth-place effort in Tacoma. That push included a streak where Pacheco rode 15 of his last 19 bulls and registered four consecutive round wins. In the weeks since, Pacheco maintained his momentum finishing ninth in Tulsa, third in Nampa, and fourth in Billings to close out the season.

In Unleash The Beast competition, Pacheco leads the PBR in round wins (8), riding the second-most bulls (23) and holding the third-best riding average (53.49%).

While Leme has battled numerous injuries in 2022, including lingering effects from his abdominal/groin injury suffered in the second half of 2021 that kept him out of competition until the late January event in Duluth, sidelining him from three tour stops, Leme concluded the regular-season ranked No. 4 in the world.

Leme notably recorded the top score of the regular season, in Oklahoma City when he won the event’s accompanying 15/15 Bucking Battle with a 94.75-point ride on Ridin Solo, earning his third consecutive Mason Lowe Award.  In Ridin Solo’s 47 outs across all levels of PBR competition, Leme is one of only six riders to cover the powerful animal athlete.

Elsewhere in the Top 10, the inaugural PBR World Finals in Fort Worth will feature a local competitor in No. 9 Austin Richardson. The Dallas native will begin his third career PBR World Finals within 334.99 points.

Richardson had a break-through season in 2022, registering two premier series victories and two 90-point rides, including a career-best 94.5-point score, earned atop Woopaa in Tulsa in mid-April. The young Texan will make his return to competition at the PBR World Finals. He last competed at the Tulsa event in April, sustaining a broken collarbone after riding Mike’s Effect for 87.5 points.

At age 46, 2002 PBR World Champion Caminhas is now the oldest rider to ever qualify for the PBR World Finals.  Previously in 2020, Wallace Vieira de Oliveira (Goiania, Brazil), had reached the World Finals via the Velocity Tour Finals at age 41.

PBR also revealed the World Finals bullfighters who will take to the dirt to protect the best bull riders in the world. Frank Newsom, Cody Webster, Jesse Byrne, and Lucas Teodoro will be vigilant throughout each 8-second ride or wreck throughout the week.

Prior to Round 4 on Thursday, May 19 and Round 5 on Friday, May 20, eventgoers will be brought LIVE concerts from some of country music’s top recording artists.ACM Award-nominated recording artist Danielle Bradbery will perform prior to Round 4, and Riser House/Columbia Nashville’s multi-platinum No. 1 hitmakerMitchell Tenpenny will take to the stage ahead of Round 5.

For a complete schedule of events that will be held during the 2022 PBR World Finals, visit FortWorth.com/pbr.

CBS Sports Network (CBSSN) will broadcast every long round of the PBR World Finals LIVE, while Sunday’s Championship Round will be LIVE on CBS Television Network. The coverage schedule is:

PBR RIDEPASS on Pluto TV, the new, free, 24/7 western sports and lifestyle channel, offers to-be-announced re-airs and on-demand replays of every PBR Unleash The Beast event, including the 2022 PBR World Finals. PBR RIDEPASS is available on desktops, laptops and mobile devices via www.pluto.tv. Tune to channel 720 for the latest programming schedule.

Stay tuned to PBR.com for the latest news and results and be sure to follow the sport on all social media platforms at @PBR.

PBR is the world’s premier bull riding organization. More than 500 bull riders compete in more than 200 events annually across the televised PBR Unleash The Beast tour (UTB), which features the top 35 bull riders in the world; the PBR Pendleton Whisky Velocity Tour (PWVT); the PBR Touring Pro Division (TPD); and the PBR’s international circuits in Australia, Brazil, Canada and Mexico. In 2022, PBR is also launching the PBR Team Series—eight teams of the world’s best bull riders competing for a new championship—as well as the PBR Challenger Series with more than 60 annual events nationwide. The organization’s digital assets include PBR RidePass on Pluto TV, which is home to Western sports. PBR is a subsidiary of IMG, a global leader in sports, fashion, events and media. For more information, visit PBR.com, or follow on Facebook at Facebook.com/PBR, Twitter at Twitter.com/PBR, and YouTube at YouTube.com/PBR.

Provided Courtesy of the PBR to Tenn Texas Media

JOAO RICARDO VIEIRA REGAINS WORLD NO. 1 RANK WITH MONSTER 90-POINT RIDE IN ROUND 1 OF THE 2022 PBR WORLD FINALS