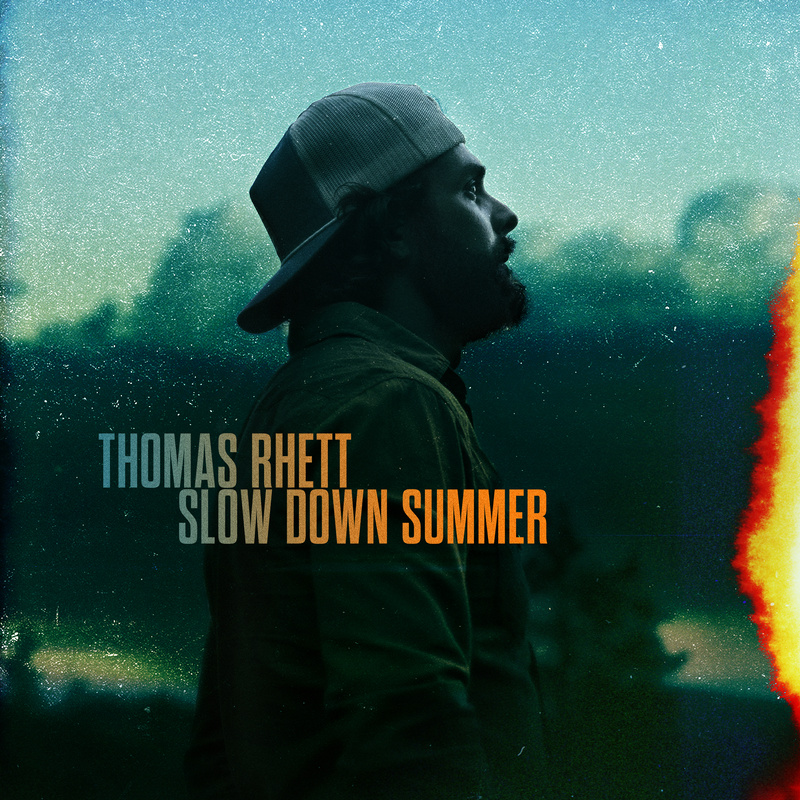 NASHVILLE, TN (November 5, 2021) – MULTI-PLATINUM superstar THOMAS RHETT kicks off a fresh chapter of new music releasing “Slow Down Summer” via The Valory Music Co. as the first taste of his sixth studio album WHERE WE STARTED to be released early 2022. Following 18 career No. 1 smashes, “Slow Down Summer” features a stirring piano melody, storytelling lyrics and a massive, 14-piece string section. The song captures a romance which burns hot, but is destined to change with the seasons – all as emotions swirl with make-this-moment-last passion. Listen here and watch the lyric video here.

“I wrote this song from the point of view of two people who are in love during senior year of high school,” Thomas Rhett explains. “I envisioned them headed off to different schools and they’re starting to understand that the moment the weather starts to change, they’ve got a 99-percent chance this relationship is not going to work. I know that myself and a lot of people have been there before, wishing the fireworks stage doesn’t have to end.”

Written on retreat in Montana with frequent collaborators Ashley Gorley, Jesse Frasure, Sean Douglas and his father Rhett Akins and produced by Dann Huff and Jesse Frasure, the song was created amid Thomas Rhett’s euphoric return to touring as “deafening screams” (Charlotte Observer) punctuated his warm welcome back. Following COUNTRY AGAIN: SIDE A — a creative milestone, highlighting the ACM Awards Entertainer of the Year’s personal roots and unique song craft with back-to-back No. 1 hits.

Ten years after signing his first record deal with Big Machine Label Group’s The Valory Music Co., the arena-packing superstar — dubbed “the most reliable maker of No. 1 singles in country music” (Variety) — has five studio albums, 18 MULTI-PLATINUM and GOLD-certified No. 1 singles and over 12 BILLION streams to his credit, as well as a 2019 ACM Awards Entertainer of the Year title and a coveted musical guest appearance on Saturday Night Live. He has been honored with eight ACM Awards, two CMA Awards, four GRAMMY® Awards nominations, plus trophies from the CMT Music Awards, Billboard Awards and iHeartRadio Awards, in addition to being recognized with two CMA Triple Play awards for penning three No. 1 songs within a 12-month period. Continuing his reign with the longest current active streak of consecutive No. 1s in the format (Mediabase/Country Aircheck Chart), Thomas Rhett has headlined multiple nationwide and international tours and some of music’s biggest festivals, remaining “at the top of his musical game” (Winnipeg Free Press), most recently wrapping up his headlining THE CENTER POINT ROAD TOUR, and is nominated once again for Male Vocalist of the Year at the 55th annual CMA Awards on November 10. For more information, visit www.ThomasRhett.com.

Tyler Rich Offers “A Little Bit Of You” November 12