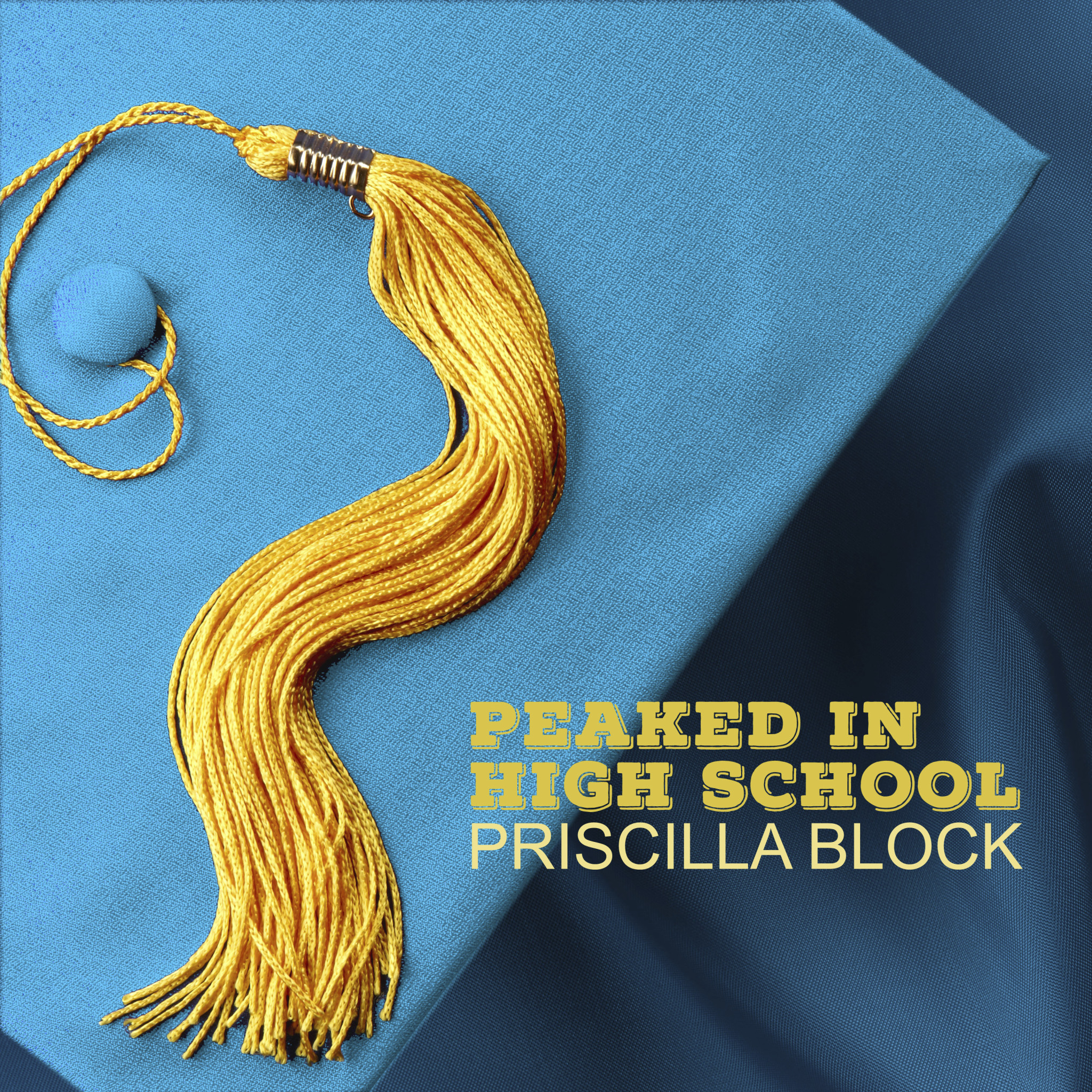 NASHVILLE, Tenn. (Friday, November 5, 2021) – Mercury Nashville rising star Priscilla Block releases her latest song “Peaked In High School” today for all of those who feel more grateful the school years are over than thanks for the good time. Written by Block with Sarah Jones, Josh Beale and Kate Hasting, Block taps into her high school years, feeling on the outside and coming to grips with friends who turned “too cool” – but Block executes the song with her playful, signature wink. Block offers a glimpse of those formative years incorporating her own photos into the yearbook-inspired lyric video- Watch HERE.

“I was the girl that had no interest in doing things how everybody else did them.”

“I was the girl that had no interest in doing things how everybody else did them,” Block shares with PEOPLE. “This song kinda just goes out to anybody that that’s ever made me feel not enough. And to any young people out there, people tell you that high school will be some of the best years of your life. I am living proof that it is not. I wish I knew that back in the day. I would have saved so many fricking tears.”

Known for her relatable, candid lyrics, Block continues to prove to that her best years are still ahead. She released her self-titled major label debut earlier this year and is currently one of CMT’s Next Women of Country, is November’s Opry NextStage featured artist, has her smash single “Just About Over You” climbing country radio airplay charts, and earned critical praise including American Songwriter which notes, “Priscilla’s songs emanate authenticity, making others feel they have a place at the table, and someone new to relate to.” Block has toured with Ashley McBryde, Dierks Bentley, Jon Pardi and more, and this Saturday, Nov. 6, she plays the Grand Ole Opry. For more information, visit PriscillaBlock.com.

In early 2020, Priscilla was struggling to make ends meet after losing her job and her apartment. Unable to get out and play in person due to Covid-19, Priscilla began experimenting on TikTok and quickly developed a rabid fanbase with songs like “Thick Thighs,” “PMS” and “Just About Over You.” Fans rallied together to independently fund Priscilla’s recording and since its release, “Just About Over You” peaked both the iTunes Country and All-Genre song charts, the song was named one of The New York Times Best Songs of 2020, and it is now Top 20 on country radio. “Just About Over You” along with “Wish You Were the Whiskey,” “I Bet You Wanna Know” and three more originals written by the young star comprise Priscilla’s self-titled major label debut EP released April 30.

Originally from Raleigh, NC, Priscilla moved to Nashville to pursue music shortly after high school. In Nashville, the affable, hardworking, student of life worked multiple jobs to make ends meet, then a chance encounter with her idol – Taylor Swift – was the sign she needed to dive all the way in on her music. Priscilla is a seasoned performer playing sold-out shows across the southeast including Deep South the Bar in Raleigh, the storied Listening Room Cafe, and Nashville’s rowdiest block party, Whiskey Jam. Priscilla is currently on the road with Ashley McBryde and she has also shared the stage with artists including Dierks Bentley, Jon Pardi, Gabby Barrett, Adam Craig and Adam Doleac.

American Country Rock Band, Exile, Signs With Time Life For Digital Re-Issue Of Wrapped Up In Your Arms For Christmas Album