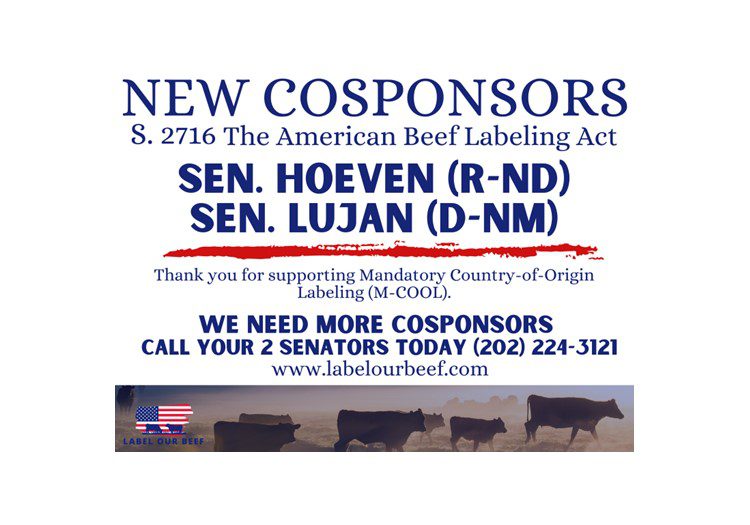 “We are grateful for the ongoing bipartisan support for this important legislation as evidenced by Senator Hoeven and Senator Luján’s recent co-sponsorship of the M-COOL bill,” said R-CALF USA Bill Bullard who added, “Beef simply should not be excluded from the law that currently requires many other food items to be labeled as to their origin.”

While the original law included both muscle cuts and ground beef and pork, Congress removed beef and pork products from the M-COOL law in the Consolidated Appropriations Act of 2016, in response to an adverse ruling by the World Trade Organization (WTO).

The M-COOL legislation specifically directs the U.S. Trade Representative and Secretary of Agriculture to determine the means of reinstating beef in the current M-COOL law in a manner that complies with WTO rules. If such means are not implemented within 12 months of the legislation’s enactment, the legislation will take effect on the 1-year anniversary date.

“We believe this common-sense legislation that informs consumers as to the origins of the beef they purchase is vitally important to American consumers, farmers and ranchers, and workers and we look forward to its eventual passage by Congress,” Bullard concluded.